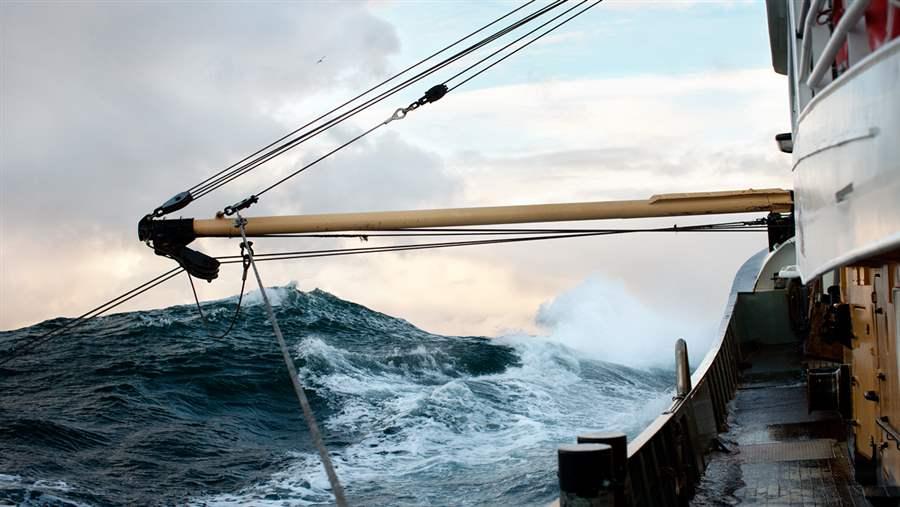 A beam trawler navigates the rough waters of Northwestern Europe.

The management of fish stocks around the U.K. was a hot topic of the Brexit debate, even leading to pre-referendum skirmishes on the Thames. Now that the U.K. government has given formal notification to leave the European Union and begun to plan for life outside it, politicians, the public, and all those involved in fishing have intensified their attention on how Brexit will affect fisheries management.

So far, most of the discourse has centered on who will win and lose in the redrawing of policies on access to waters and fish stocks. Those topics will remain focal points of the discussions ahead, and might be closely linked with the U.K.’s future trade relationship with the EU. Attempting to predict the outcome of that process is probably futile, so I will use this post instead to address how other elements of the U.K.’s fisheries policy post-Brexit might be shaped.

A good place to start would be the pronouncements of U.K. Fisheries Minister George Eustice who, both before and after the referendum, emphasised that the U.K. will still need to manage fisheries sustainably, through quotas, to achieve maximum sustainable yield. MSY is an established benchmark that fisheries managers around the world use to get the largest possible yield from stocks without jeopardising their long-term sustainability.

Eustice has also highlighted the U.K.’s commitment to ending the wasteful discarding of fish and to maintaining international cooperation in fisheries management, principles endorsed by the House of Lords' report on post-Brexit fisheries, which further included a recommendation that ministers be put “under an obligation” to follow scientific advice.

While that all sounds good, the complex and emotive debate about the U.K.’s exit from the EU and its Common Fisheries Policy (CFP) has left many wondering what risks lie ahead for the U.K.’s fish stocks and its fishermen’s livelihoods.

In the margins of this exchange, I have heard some potentially alarming suggestions. For example, the inevitable calls for more “flexibility” in fisheries policy once the U.K. is no longer bound by the CFP could easily result in overfishing of some stocks, or continued overfishing of others for a bit longer. At the heart of the CFP lie critical deadlines based on international agreements and United Nations Sustainable Development Goals that date back decades, most notably the commitment by governments to end overfishing by 2020 at the very latest. By honouring that commitment, the U.K. has an opportunity to realise the economic benefits of ending overfishing, recently estimated at $83 billion a year globally.

I’ve also heard calls to abolish quotas, at least for some parts of the U.K. fleet. Instead, fisheries managers would use the much blunter, more uncertain tool of trying to judge how many “days at sea” equate to safe levels of catches. However, that approach has already failed in the Mediterranean, where shocking levels of overfishing—and the associated socioeconomic impact of fisheries mismanagement—persist. Taking such a gamble with U.K. stocks would be a backward step for a country that’s come a long way in improving its fisheries management.

Besides, the U.K. government already dipped its toe in those waters, piloting a small study of a days at sea-based approach in 2008 and 2009 that had to be stopped early because catches for some species shot up so quickly in the absence of quotas. Fisheries managers concluded at the time that unrestricted fishing was risky.  That should have come as no surprise: Skippers of even small boats rightly pride themselves on how efficiently they catch fish, and civil servants sitting in an office might not always judge accurately the theoretical “days” that equate to a sustainable level of fishing mortality.

It’s worth remembering that the U.K. and its citizens took a leading role in the reform of the EU’s CFP only a few years ago, precisely to overcome some past failings. The debate so far shows a strong appetite to get this right, and avoid a backward move for U.K. fisheries post-Brexit.

Loosening the rules to allow more fish to be caught as a response to Brexit might lead to a profitable few months for the industry, but that would almost certainly be followed by the economic pain that comes with overfishing. And this would not make negotiating with the EU on shared stocks any easier.

It is vital that U.K. decision-makers make the most of the opportunities that Brexit might bring to put in place world-leading fisheries management, instead of adopting risky policies that could reverse the progress made over the years—regardless of who is catching the fish.