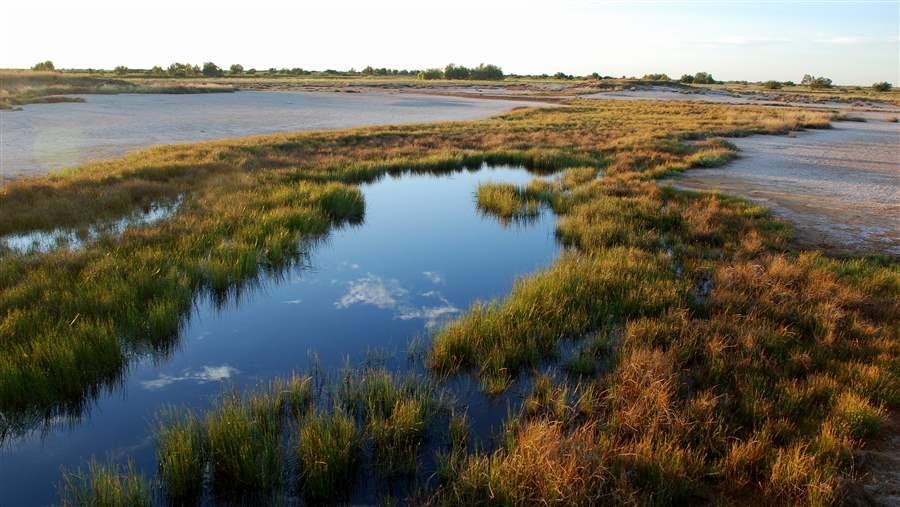 Mound springs, such as the Elizabeth Springs in Queensland, hold water that bubbles up from underground aquifers carrying silt and minerals that, over time, form the distinctive shapes. They provide habitat for endemic species—those found nowhere else—and support life across many regions of the Outback.

As in other arid areas across the world, desert springs deliver life-giving water in the Australian Outback. But a new scientific study finds that many of these small oases are facing increasingly dire threats.

Desert springs, which are often the only reliable natural sources of water in dry landscapes, are hotspots of biodiversity, serving as homes for freshwater species and as sources of vital drinking water for many desert animals. However, the study, which was published in January in the journal Biological Conservation, detailed how many Outback springs are being degraded or at risk from further damage from a multitude of human-induced causes, including fouling by livestock and feral animals, draining of aquifers for human use, pollution from fracking and other sources, and climate change. 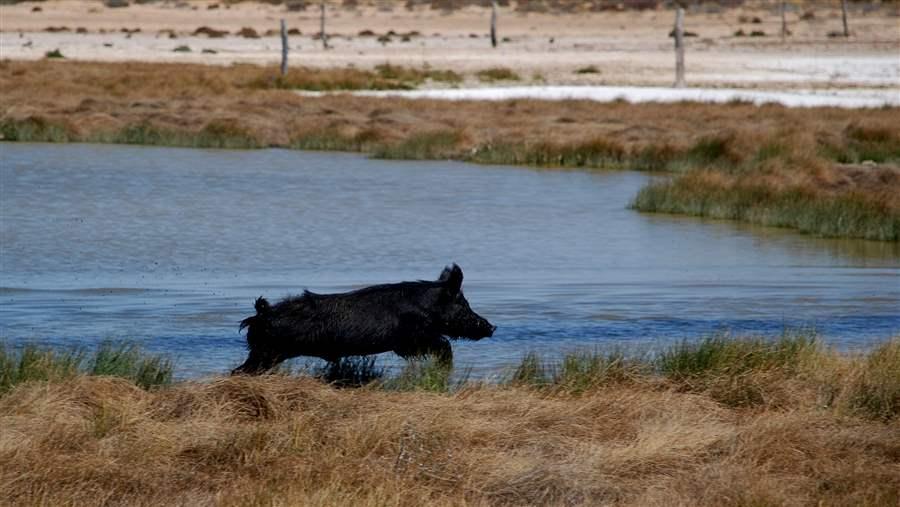 A feral pig runs through a mound spring on the eastern edge of the Simpson Desert. Livestock, along with feral pigs, cattle and camels, have damaged many important mound springs.

The study found that some Outback waters have been isolated for millions of years, so plant, fish, and other animal species have evolved to survive in these distinctive environments. As a result, some springs now contain species that are found nowhere else.

Animals and plants that live only in isolated springs are particularly vulnerable to extinction. One example is the highly endangered red-finned blue-eye, a fish that lives in shallow springs on just a single reserve in western Queensland. Its numbers have declined greatly in recent decades after predatory mosquitofish (also known as Gambusia) were introduced into its waters from overseas. 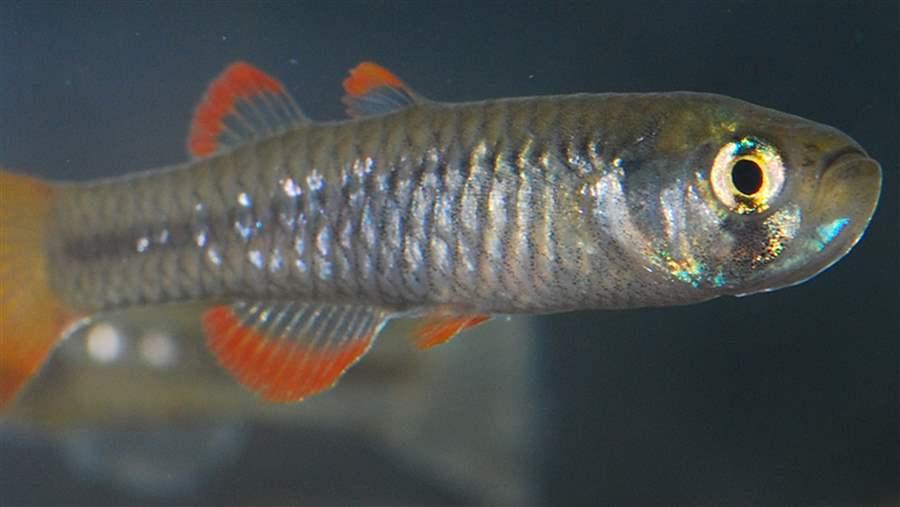 A red-finned blue-eye fish at the Edgbaston Reserve in Queensland.

The lead author of the new study, professor Jenny Davis of Charles Darwin University, has previously called for a national “water security plan for the Outback that recognises the fundamental importance of water to everything we value—environmental, social and cultural, as well as economic.” Davis reiterated that call in the study, noting that the Outback springs have deep significance to Indigenous Australians, who have relied upon the water from the underground aquifers for millennia. The springs remain important today in, for example, reserves such as Wabma Kadarbu Mound Springs Conservation Park in South Australia, where they boost local economies by attracting tourists to the region.

The Australian Outback is one of the last large, intact natural areas on Earth. Maintaining its natural and cultural heritage relies on the health of its springs, aquifers and other sources of clean water which bestow benefits that extend far into the surrounding arid lands.

The Outback covers more than 70% of the Australian continent – the arid country of the centre and west, and the tropical savannas, wetlands and rainforests of the north.