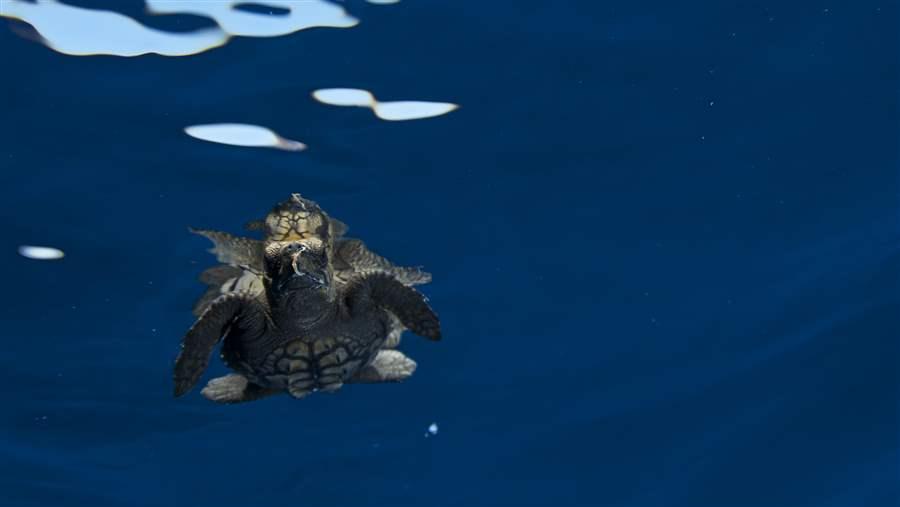 The high seas are home to vast biodiversity, including loggerhead sea turtles.

The high seas—the waters beyond the jurisdiction of any government—make up 64 percent of the world’s ocean, yet only a patchwork of mechanisms, and few safeguards, exist to manage the ocean resources in these areas.

In an effort to address that gap, the United Nations in 2016 began the process of drafting a treaty to protect marine biodiversity on the high seas. The process includes a series of meetings of a Preparatory Committee (PrepCom), which is charged with developing recommendations for four elements of the eventual agreement: marine protected areas and marine reserves; environmental impact assessments; ways to share the benefits of marine genetic resources that may be discovered in plants and animals found in the high seas; and capacity building and technology transfer between developed and least developed nations.

As diplomats and policy officials continue to hammer out details of an agreement at the PrepCom sessions, it is critical for these discussions to be informed by the excellent and growing body of science on the high seas, the flora and fauna that live there, and the impact of those remote waters on the rest of the ocean. There are two remaining PrepCom meetings in 2017, and if all goes smoothly, the process will advance with the convening of a negotiating intergovernmental conference in 2018.

Each of the studies summarized below was published after June 2015—the month the U.N. General Assembly decided to move forward with the treaty negotiations—and the research should help decision-makers as they hash out the specifics of one treaty component: area-based management tools.

What Are the High Seas?

Get the facts about the high seas&mdash;the two-thirds of our world&rsquo;s oceans that are not under any country's jurisdiction. This quick whiteboard tutorial explains why these international waters are so important and how the United Nations can help protect high seas marine life and ocean resources.