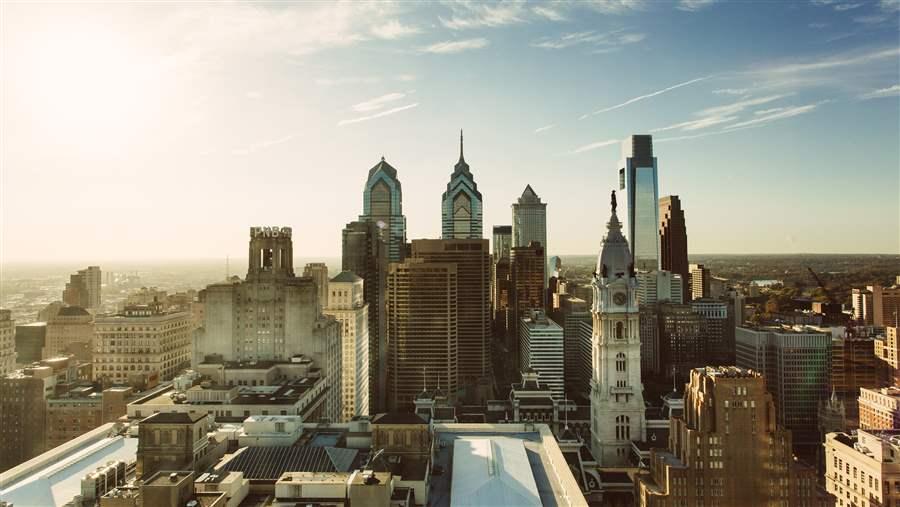 Philadelphia has about 50,000 unauthorized immigrants, according to a new analysis by the Pew Research Center. That means approximately 1 in 4 foreign-born residents in the city is unauthorized.

Compared with the four largest Northeastern cities—Boston, New York, Baltimore, and Washington—Philadelphia’s unauthorized immigrant population was second-biggest, behind New York’s (525,000) and slightly larger than Boston’s, although not by a statistically significant amount. (See Table 1.)

At 25 percent, the unauthorized share of Philadelphia’s foreign-born population was higher than in New York City (16 percent) and Boston (20 percent) but about the same as in Washington (26 percent), Baltimore (29 percent), and the country as a whole, for which the unauthorized share of foreign-born residents was about 26 percent, or 11.1 million.

As a percentage of total population, however, Philadelphia’s unauthorized immigrant population of 3.2 percent was below those of New York City and Boston. Philadelphia’s percentage was about the same as in Washington, Baltimore, and the country as a whole.

Among major metropolitan regions, the Philadelphia area—covering the city and 10 counties in Pennsylvania, New Jersey, Delaware, and Maryland—had 160,000 unauthorized immigrants in 2014. That was about 2.6 percent of the region’s total population and 24 percent of its foreign-born population. Complete metro- and state-level estimates can be found at the Pew Research Center.

The center defines “unauthorized immigrants” as all foreign-born noncitizens residing in the country who are not lawful immigrants. The lawful immigrant population is defined as naturalized citizens, people granted lawful permanent residence (previously known as legal permanent residence), those granted asylum, people admitted as refugees, and those admitted under a set of specific authorized temporary statuses for longer-term residence and work. Temporary visitors and tourists admitted for shorter periods are not included in the immigrant population.

Larry Eichel directs The Pew Charitable Trusts’ Philadelphia research initiative and Thomas Ginsberg is a manager on the team.

This analysis was updated on Feb. 16 to clarify the percentage of unauthorized immigrants among Philadelphia’s foreign-born residents and on Feb. 23 to clarify the relationship between The Pew Charitable Trusts and the Pew Research Center.