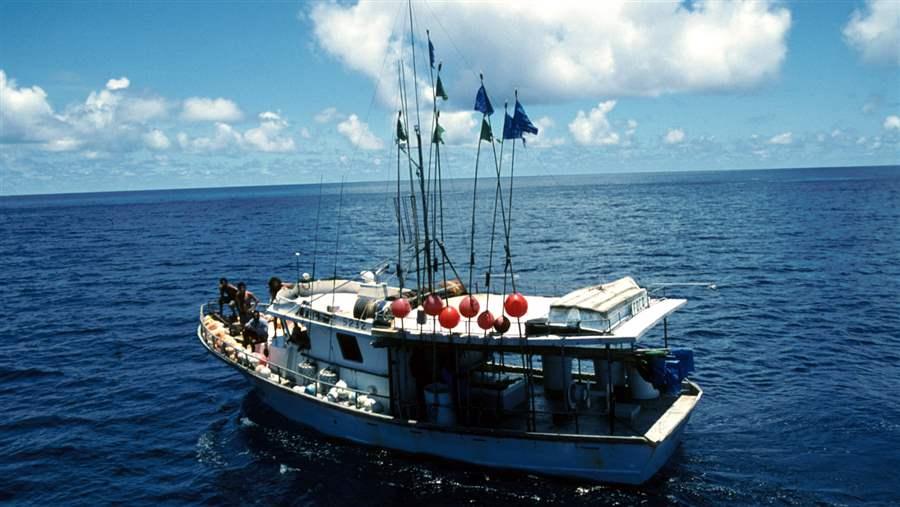 Costa Rican fishing vessel sails off the coast of Ecuador. Costa Rica is one of two OSPESCA countries that has ratified the Port State Measures Agreement.

More good news in the global fight to end illegal fishing: Crews operating outside the law will have a tougher time landing their catch in Central America and the Dominican Republic in coming years after leaders of eight countries in the region agreed to work together to tighten port standards for verifying the legality of incoming fish. Ministers and fisheries directors from those countries also agreed to cooperate with each other in the fight against illegal fishing.

They reached the agreement at a Dec. 15-16 meeting in Managua, Nicaragua, following the close of the Pescapuertos project, a collaboration among members of the Central America Fisheries and Aquaculture Organization (OSPESCA), and supported by The Pew Charitable Trusts. The goal of the project was to identify what resources Central American countries and the Dominican Republic would need in order to implement port controls that align with provisions of the Port State Measures Agreement (PSMA)—an international treaty designed to stop illegally caught fish from entering into port.

The meeting stemmed from a November workshop, at which authorities from OSPESCA countries and stakeholder groups assessed strategies and tactics to prevent illegal, unreported, and unregulated (IUU) fishing.

Specifically, the eight nations’ representatives committed to adopting the priority recommendations from Pescapuertos, harmonizing standards on port State measures applicable to fishing vessels on the basis of OSPESCA’s governance model. They also agreed to work together to better train fishing inspectors at their ports, share intelligence on suspicious fishing activities, and improve coordination among fisheries and maritime authorities, who are responsible for granting fishing vessels access to ports. While the leaders still need to find ways to fund these efforts, it is clear to me that they intend to follow through on this major step toward ending IUU fishing in the region’s waters.

“The agreement among these countries confirms OSPESCA’s commitment to fisheries sustainability and the reduction of IUU fishing in the region”, the organization’s director, Mario Gonzalez, said. “Working with Pew marks the first time OSPESCA has worked directly with an NGO on a project such as this, and our partnership has helped raise awareness and combat illegal fishing in Central American waters.”

One of the regional communications goals moving forward is to raise awareness of illegal fishing problems in the region and give neighboring countries information about the PSMA, as well as other related instruments in the fight against IUU fishing. 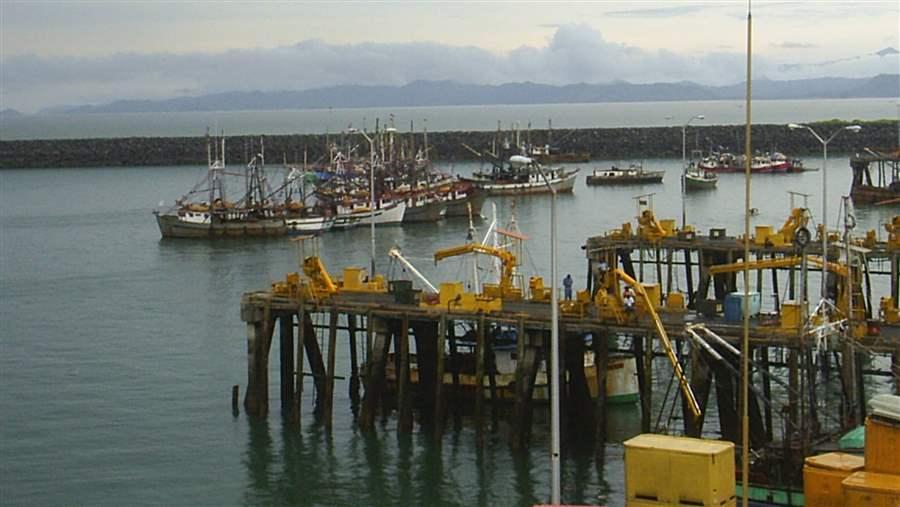 Fishing vessels dock at the busy Vacamonte port in Panama.

Two OSPESCA member countries, Costa Rica and Panama, have already ratified the PSMA, which entered into force on June 5, 2016. While expanding the number of PSMA members remains a priority, countries that have already joined the treaty must focus on implementing it, and others who want to combat illegal fishing should work to adopt provisions of the pact.

I’m encouraged that leaders in each OSPESCA country have not only committed to promote the application of port State measures but are also cooperating to identify the strengths and weaknesses of each State’s fisheries management and port controls. I’ll share more details of this positive development as they emerge.