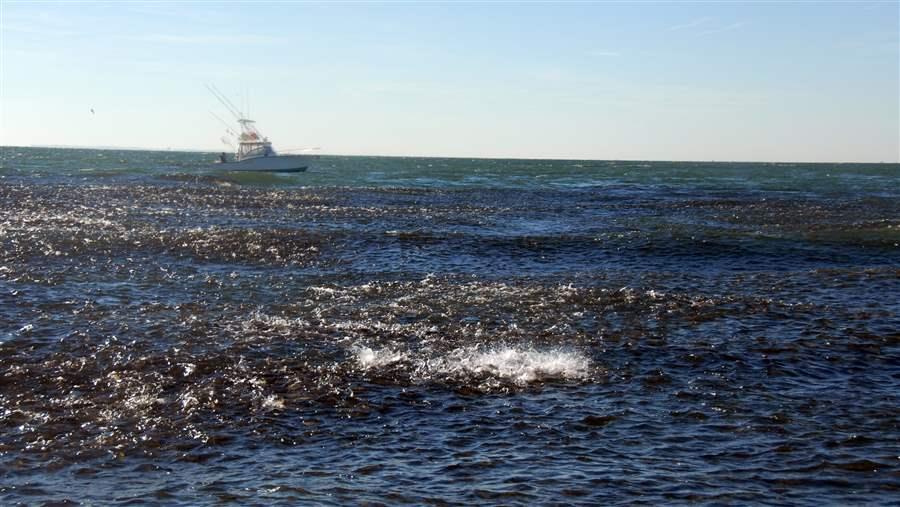 Schools of Atlantic menhaden roil the ocean’s surface off the coast of New York in 2016. These forage fish attract seabirds, whales, and trophy fish such as striped bass and tuna, supporting coastal economies through recreation and tourism.

The small Atlantic menhaden, which plays an important role as prey in the ocean, could have a big year in 2017, as we wrote recently. This month, fishery managers received a clear message in public comments that have poured in on how to manage Atlantic menhaden: Conserve the species for its contribution to the marine ecosystem.

Last week, the Atlantic States Marine Fisheries Commission shared a 900-page document containing those public comments. To help the commission’s Menhaden Board appropriately consider the voluminous comments when it meets on Feb. 1, our team pored through the pages.

The commission sought comment on four options for managing the catch of menhaden, and we found resounding support for one in particular: Issue 1, Option D—or 1(D)—which calls for managers to rely on existing science-based guidelines while scientists develop additional models to present to the commission in 2019 or later.

The vast majority of the public comments support the view that 1(D) relies on the best available science and reflects a balanced approach to stewarding the Atlantic menhaden catch—one that would maximize the economic and ecological benefits of this public resource. Our analysis identified backing for option 1(D) in:

Why is this issue so critical? Because the fishing industry catches more menhaden—436 million pounds in 2015—than any other fish. Throughout U.S. waters, menhaden are second only to Alaska pollock in terms of pounds landed. 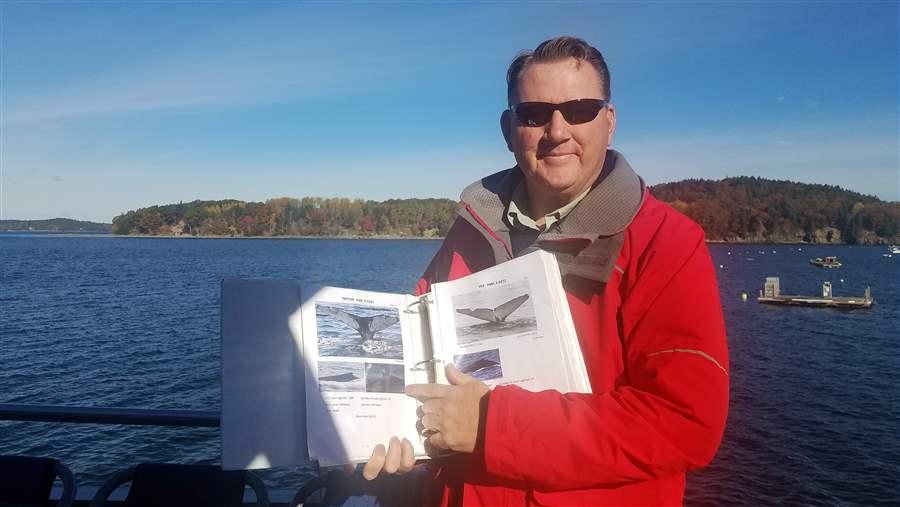 Zack Klyver, the head naturalist for Bar Harbor Whale Watch, points to photos of humpback whales. Tourism businesses such as whale watching contribute to coastal communities and have a stake in menhaden conservation and healthy ocean ecosystems.

Equally as important, menhaden play a highly valuable role in the ocean food web, primarily as prey for a lot of ocean predators. Last year, humpback whales were seen off Manhattan and elsewhere along the East Coast, chasing and “lunge-feeding” on huge schools of menhaden. The outstanding recreational fishing season that many on the East Coast enjoyed was likewise due to an abundance of these fish, which are also known as bunker or pogy. 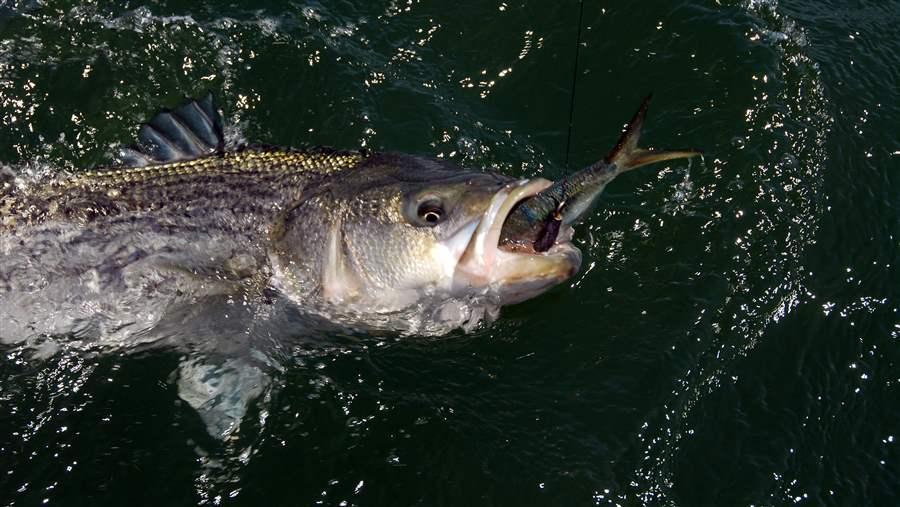 Striped bass, like this one caught by a recreational fishermen in 2016, depend on nutritious menhaden to grow quickly. Ensuring that there is enough menhaden for predators is an important part of ecosystem-based fisheries management.

Leaving enough menhaden in the water for predators will help support vibrant recreational fishing, whale watching, birding, and other industries that boost coastal economies across the entire historic range for this species, from Nova Scotia to Florida.

On Feb. 1, the Menhaden Board should vote for option 1(D) to transition now to ecosystem-based management of Atlantic menhaden. Doing so would heed the overwhelming public support for the measure and would show that the board recognizes the clear benefits of a sustainable forage fish population to communities and countless marine predators.

Here's how to improve it

One morning in Maine, a lobsterman motors toward the colorful buoys dotting the bay to check his traps. A charter boat captain pushes off with anglers aboard hoping to hook a tuna. Puffins and terns launch into the dawn light from their rocky island nests in search of food for their chicks. 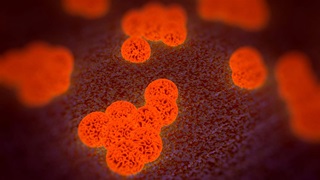 The U.S. Is Not Prepared to Combat Antibiotic-Resistant Superbugs