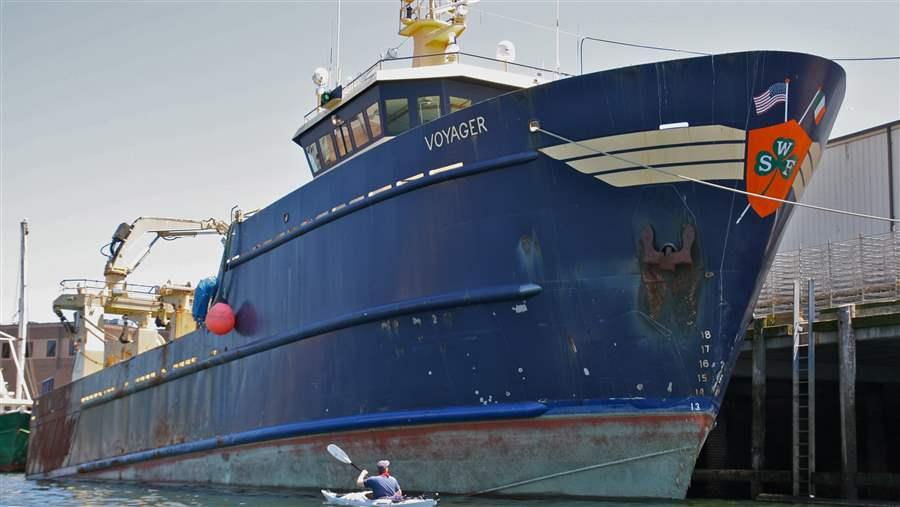 The midwater trawlers of the industrial herring fleet are among the largest fishing vessels working the Atlantic coast.

One morning in Maine, a lobsterman motors toward the colorful buoys dotting the bay to check his traps. A charter boat captain pushes off with anglers aboard hoping to hook a tuna. Puffins and terns launch into the dawn light from their rocky island nests in search of food for their chicks.

All these parts of the New England seascape depend on one thing: a healthy supply of Atlantic herring, a small, nutrient-rich fish that is among the most important forage fish along the U.S. East Coast. The humble herring provides bait for the lobster industry, lures large predator fish such as tuna into local waters, and feeds seabirds, seals, whales, and many other forms of marine life that we value.

Herring are also one of the most heavily fished species in U.S. Atlantic waters. New Englanders have fished for herring for centuries, but never before have they landed such high volumes: Today the Atlantic herring fishing fleet takes around 100,000 metric tons (220 million pounds) of fish each year in the region, primarily to be used as lobster bait.

Much of this fishing is done by industrial-sized ships known as midwater trawlers. Up to 160 feet long and able to hold up to a million pounds of fish, they are among the largest vessels fishing the Atlantic coast. Pairs of these vessels will often team up, stringing a massive net between them that is nearly as long and as wide as a football field and several stories high. A single tow of this enormous net can capture hundreds of thousands of herring.

The huge scale has created a challenge for the fisheries managers working to ensure that the herring population remains healthy enough to support fishing over the long term and that enough herring are available to feed the many animals that depend on them. Managers’ main tools for achieving these goals are science-based catch limits and regional closures—both of which depend on adequate monitoring of fishing activity in order to know what’s happening on the water. 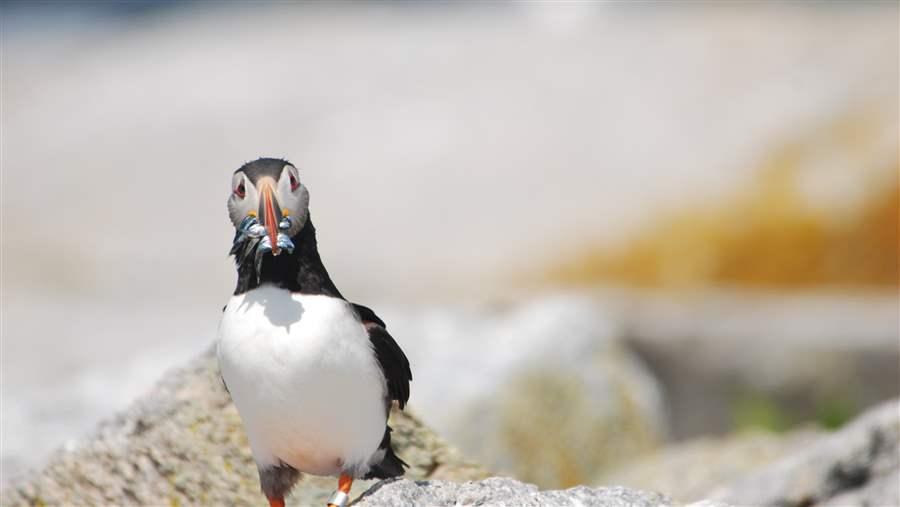 A parent puffin must bring an average of 2,500 fish to its hatchling before it grows enough to fledge.

Eyes on the water

A fishery monitoring system, which usually includes independent observers aboard vessels, keeps track of the herring catch and the bycatch, or nontarget animals caught during fishing. The fisheries managers for New England deemed this monitoring activity so important for the big herring vessels that they voted in 2012 to require 100 percent observer coverage—that is, a human observer aboard every midwater trawl vessel fishing for herring.

Unfortunately, disputes over who should pay for fishery monitoring have instead pushed observer coverage dramatically lower. For most of 2015, observers were on board for only about 6 percent of herring vessels’ trips in the Atlantic.

This lack of monitoring undermines effective management of the herring population, and it has implications for other species that are killed incidentally as bycatch. For example, commercial fishermen who target haddock are hopeful that this bottom-dwelling species is rebounding to healthy population levels. But large trawlers seeking herring also take a huge quantity of juvenile haddock, raising questions about whether there will be enough adult haddock to support a profitable and sustainable fishery.

Unbelievably, instead of directing industrial herring trawlers to minimize their bycatch of haddock, the fishery management council is considering increasing the amount they are allowed to wastefully kill. A decision such as this would be risky anywhere, but is especially backwards for an ecosystem that is struggling to recover from decades of overfishing. 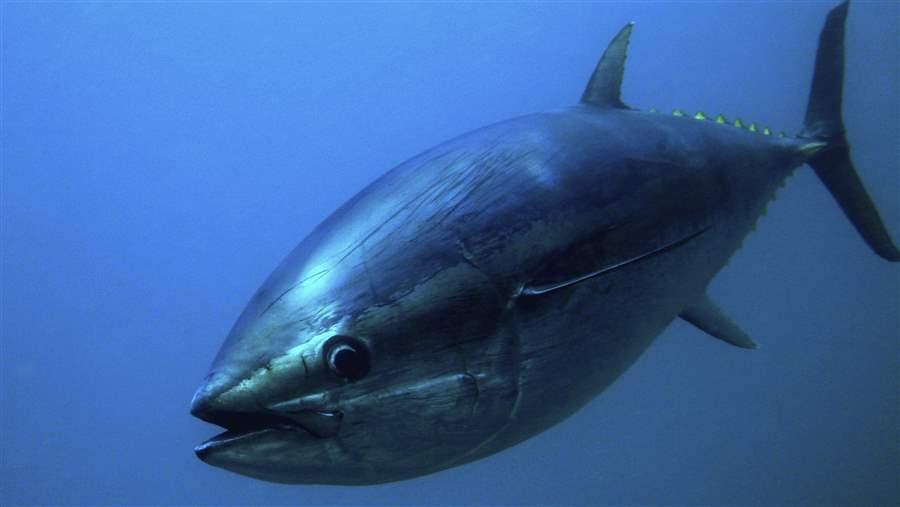 Fishermen follow schools of herring to help find the predators, such as the Atlantic bluefin tuna, that feed on the forage fish.

Fisheries officials and industry leaders must find a way to get enough eyes on the water to capture an accurate picture of the state of the herring fishery, including the amount of bycatch. It’s tough to manage what you can’t measure, and the small herring is too big a part of New England’s coastal ecosystems and economy to leave its future to chance.

A new approach to fishery management that recognizes the herring’s role within the bigger picture would help.  Ecosystem-based fisheries management would allow scientists and managers to better assess the health of the herring and other forage fish populations and manage them to account for the needs of predators in the food web.