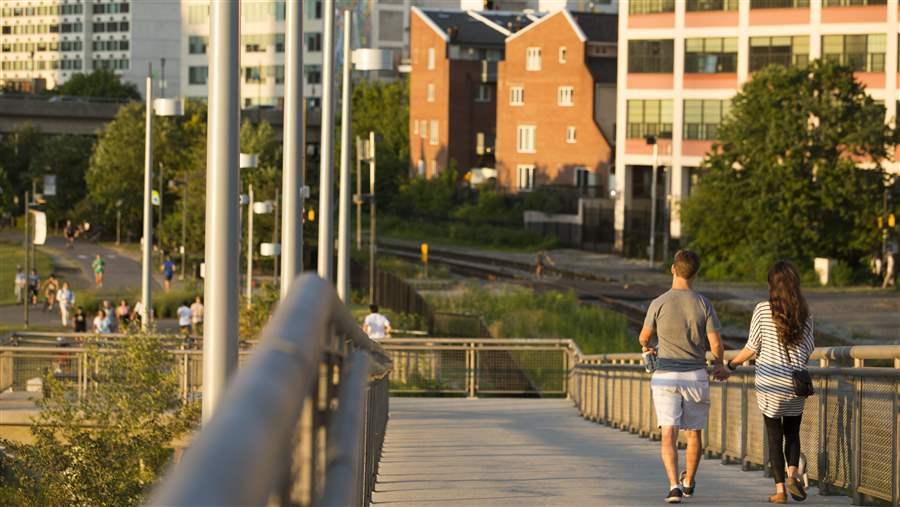 Although Philadelphia’s percentage of adults who never married stands out among the most populous cities, it is very much in keeping with those of other high-poverty cities.

The percentage of adults in Philadelphia who have never been married is the highest among the nation’s 10 largest cities—and has been rising steadily during the past decade.

In 2015, the last year for which census data were available, nearly 52 percent of adults in Philadelphia reported having never been married, up from 43 percent in 2005. Some of the other largest cities were not even close. (See Figure 1.) For instance, in San Jose, California, 35 percent of adults had never married, and in San Antonio it was 38 percent; the national figure is even lower, at just below 34 percent. 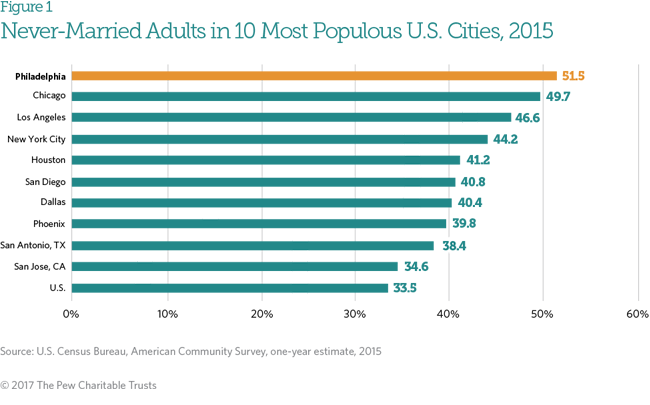 In each of these cities, and throughout the nation, the never-married percentages have been higher for men than for women in recent years. In Philadelphia, 54 percent of men and 49 percent of women had never married. That 5 percentage-point gap was lower than the gap in some of the other cities; nationally, it was only about 3 points. All of the largest cities saw the percentage of never-married adults grow during the 10-year period, which also happened in the nation as a whole—although the national numbers have stabilized in the last few years. (See Figure 2.) 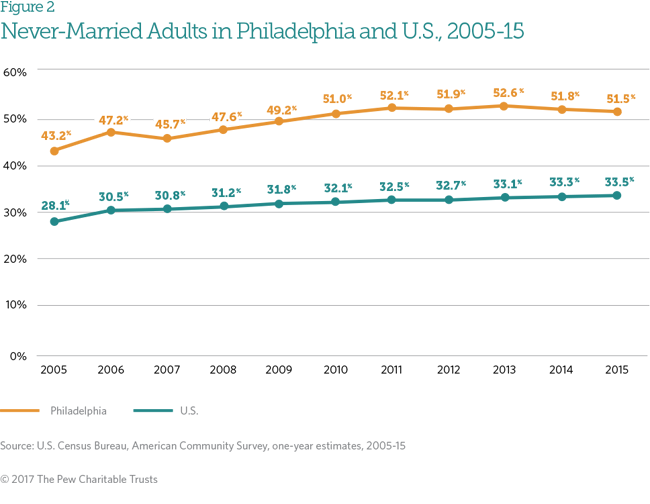 Although Philadelphia’s percentage of adults who never married stands out among the most populous cities, it is very much in keeping with those of other high-poverty cities. Among the 10 cities with the highest poverty rates and populations of at least 350,000, Philadelphia’s share of never-married adults was fourth highest, behind Detroit, Baltimore, and Milwaukee. (See Figure 3.) Social scientists have long noted that marriage rates vary according to income, with lower-income adults less likely to be married than those with higher incomes. 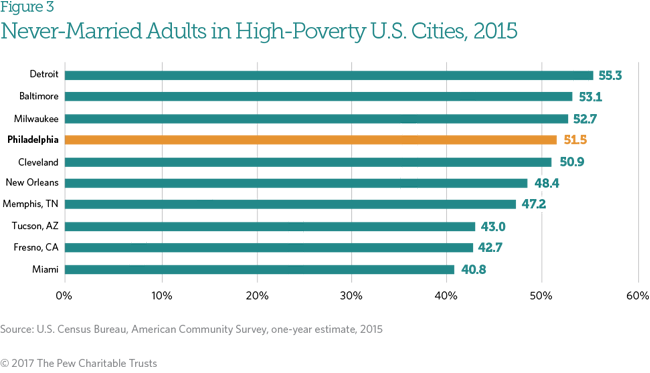 Experts say the growth in the number of never married individuals stems from a variety of factors, including the rising share of young adults across the nation—particularly in a number of cities, including Philadelphia—and the tendency of those young adults to marry later in life than their age group once did. According to the Census Bureau, the median age of individuals in first marriages nationally increased from 26.2 in 2005 to 28.7 in 2015, following a decades-long trend. In addition, census data show that more adults are living together and/or having children without getting married.

There is little evidence to suggest these trends are about to change. Projections by the Pew Research Center indicate that a quarter of today’s young adults will still fall in the never-married column when they reach ages 45 to 54. That would be a record.

Larry Eichel directs The Pew Charitable Trusts’ Philadelphia research initiative and Katie Martin is a senior associate on the team.