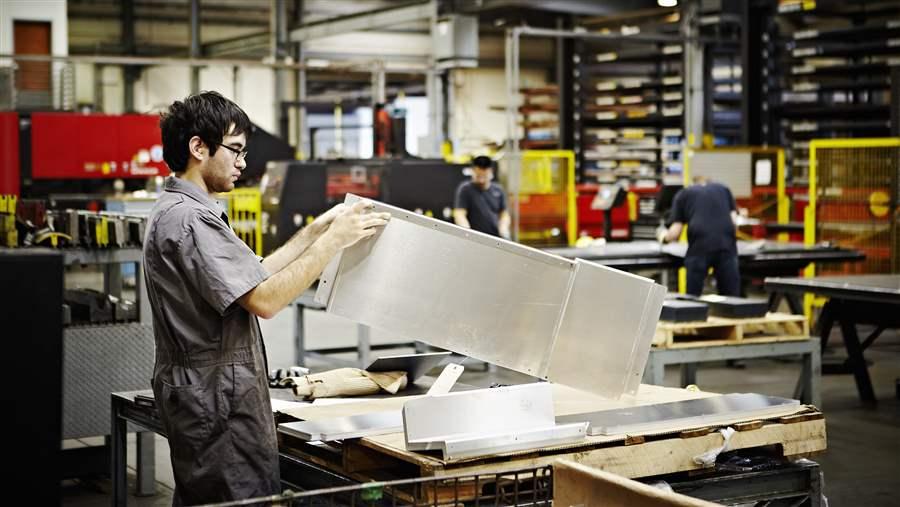 Economic development tax incentives are intended to spur a state’s economy by encouraging people or businesses to do something that they otherwise would not have done, such as invest in equipment and facilities.

Indiana recently announced it would provide United Technologies Corp. with $7 million in tax incentives over 10 years to encourage the company’s Carrier Corp. unit to keep about 1,000 jobs in the state. This Q&A with Josh Goodman of The Pew Charitable Trusts’ states’ fiscal health team explains what economic development tax incentives are, why they matter, and how Pew works with states to help evaluate the outcomes of their incentives.

Q: What are tax incentives?

A: Every state’s laws include provisions that are exceptions to regular tax rules, such as tax credits, exemptions, and deductions that allow recipients to reduce the amount they owe in taxes. In some cases, tax credits result in cash payments from the state to qualifying businesses.  Pew focuses on economic development tax incentives, which are intended to spur a state’s economy by encouraging people or businesses to do something that they otherwise would not have done, such as locate a company in a certain area, create or retain jobs, or invest in equipment and facilities.

Q: Why do they matter?

A:  Tax incentives can significantly affect states’ budgets, businesses, and economies. They are one of the leading tools that states use to try to create jobs and attract new companies. Collectively, states spend billions of dollars annually on tax incentives. In many cases, the cost of specific state tax incentive programs has increased quickly and unexpectedly by tens or hundreds of millions of dollars. As a result, lawmakers have been forced to make difficult choices between raising taxes and cutting spending to keep budgets balanced.

Q: Why should states evaluate their incentives?

A: Evaluations provide lawmakers with hard evidence on the outcomes of their incentives, information they can use to shape policies that obtain the best possible results for the states’ taxpayers and economies. The evaluations should occur regularly and be rigorous, so that lawmakers can use the findings to improve economic development policy.

Pew recommends three steps states should take to improve the accountability and performance of their tax incentives:

Since 2012, 22 states and the District of Columbia have enacted laws requiring regular, rigorous, independent evaluations of tax incentives.