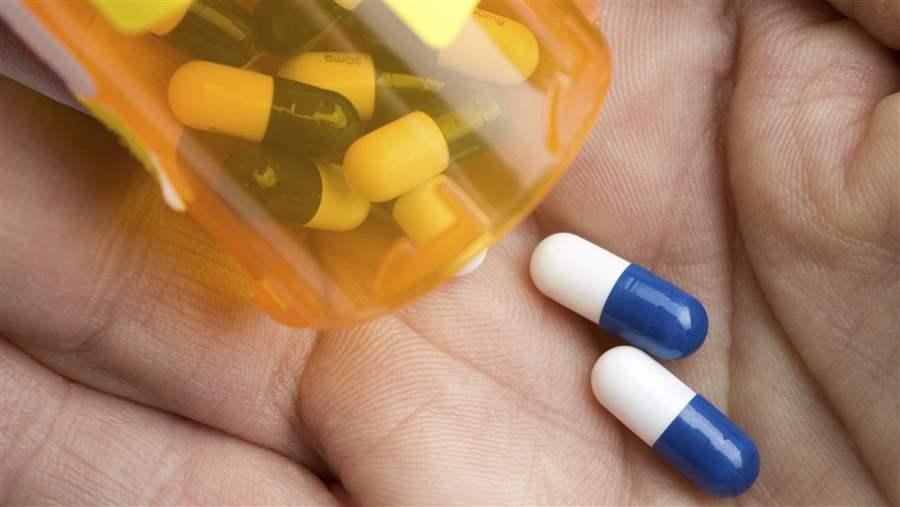 As policymakers consider new approaches to improve generic developer access to brand products, they must balance them with concerns for the safe use of high-risk drugs.

This analysis was updated on May 31, 2017, to reflect newly introduced legislation.

The availability of generic drugs—which can be priced 80 percent lower than their branded equivalents—increases competition and reduces spending on pharmaceuticals. The Generic Pharmaceutical Association estimates that generic drugs generated $254 billion in savings in 2014.

In addition to traditional generics, biosimilars, which are “highly similar” to a biologic drug (a protein or other material derived from living cells) already approved by the Food and Drug Administration (FDA), are becoming available in the U.S. With prices expected to be 30 percent lower than that of a reference biologic, biosimilars could reduce drug spending by $44 billion over a 10-year period.

As an incentive for innovation, Congress provides the companies making new drugs with patent protections and exclusive marketing rights for a period of years. During this time, the drug sponsor has monopoly power and can price its product at levels the market will bear; but when the patents and exclusivity expire, lower-cost competitors can enter the market and force prices down.

Such competition is impaired, however, when generic and biosimilar developers are unable to acquire the innovator drug for comparative testing. This may occur when the drug is subject to a risk evaluation and mitigation strategy (REMS) or when there are other limits on its distribution.

To manage serious known or potential risks associated with a drug, FDA can require manufacturers to develop a REMS, which can include a requirement to distribute educational materials. As of March, 78 drugs were subject to REMS, with 44 of them subject to the REMS requirement known as “elements to assure safe use,” or ETASU, which can require that manufacturers limit distribution of a drug.

Brand manufacturers can also choose to limit the distribution of their products, even when FDA does not require them to do so. To ensure appropriate prescribing of a high-risk drug that lacks a REMS, a brand manufacturer may distribute it only to trained providers. There are concerns, however, that such limited distribution could also be used to restrict generic developer access. For example, Actelion has been accused by a generic manufacturer of limiting and controlling distribution of its drug Zavesca, which is not subject to a REMS, in order to prevent its acquisition by generic manufacturers. Though little public data exists on the extent to which limited distribution networks are used to restrict generic developer access, at least one payer has acknowledged this effect. On its 2017 Specialty Drug List, CVS/Caremark identified 45 limited distribution drugs, only four of which are subject to a REMS (including two with an ETASU REMS requirement).

Recent proposals, including bipartisan bills in Congress, are intended to improve generic developer access to brand drugs for product testing. The Fair Access for Safe and Timely (FAST) Generics Act would require brand companies to sell their products, including REMS drugs, to generic developers without restriction. The Generic Pharmaceutical Association notes that according to a 2014 Congressional Budget Office estimate, the FAST Generics Act could generate $2.4 billion in savings over 10 years. In addition, the Creating and Restoring Equal Access to Equivalent Samples (CREATES) Act would allow generic developers to sue brand companies in federal court to obtain samples of REMS drugs as well as medications subject to manufacturer-imposed limited distribution networks.

As policymakers consider new approaches to improve generic developer access to brand products, they must balance them with concerns for the safe use of high-risk drugs. Important considerations include: