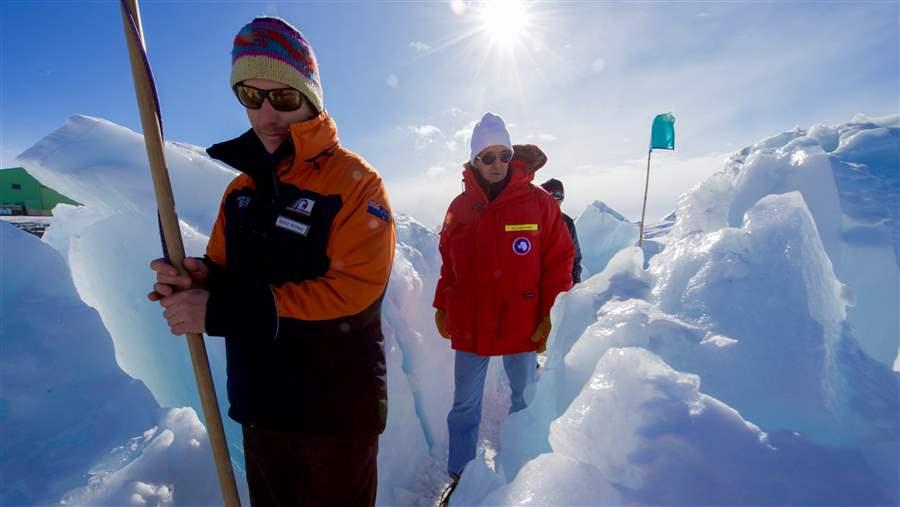 Secretary of State John Kerry, right, tours a zone where ice collides with land outside the Scott Base research station in the Antarctic.

In November, just weeks after world leaders reached a consensus to create the world’s largest marine protected area in Antarctica’s Ross Sea, Secretary of State John Kerry paid a visit to the region. Kerry, an advocate for climate change research and marine conservation, is the most senior U.S. government official ever to visit Antarctica.

This past summer, after 3½ years working on Antarctic marine conservation, I also had the unique opportunity to travel to the region for the first time. Joining a monthlong research trip, I worked 12-hour shifts alongside scientists from all over the world on a vessel sailing to the Antarctic Peninsula. The research, led by the Antarctic Marine Living Resources program at the U.S. National Oceanic and Atmospheric Administration, focused on gathering winter data to better understand how populations of krill—tiny shrimplike crustaceans that are the main food source for many species of penguins, seals, and whales—are being altered by a variety of factors, such as the changing climate and industrial krill fishing.

The Pew Charitable Trusts’ global penguin conservation program has been advocating for improved management of krill fisheries and creation of a network of marine protected areas in the Southern Ocean. In October, the Commission for the Conservation of Antarctic Marine Living Resources (CCAMLR) made progress at its annual meeting in pursuing an ecosystem-based management system for Antarctic krill. It also took a major step forward with the consensus on the marine protected area in the Ross Sea; Kerry was one of its prime champions. 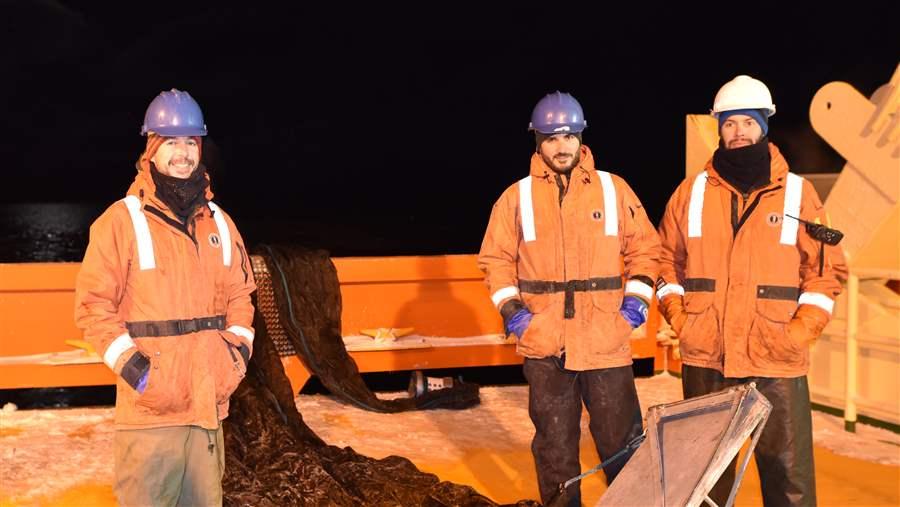 During his trip, Kerry visited the U.S. research base McMurdo Station on the coast of the Ross Sea. There, he saw part of the marine protected area, which will be nearly twice the size of the state of Texas. He also spent time speaking to scientists about melting sea ice and the potential impacts of this change.

Kerry’s visit to the Ross Sea demonstrated his dedication to protecting our poles. He spoke about his personal meetings with Russian leaders to discuss the proposal for the marine protected area. It has been remarkable to see this year’s momentum on marine conservation, and the historic decision reached at the CCAMLR meeting. The protected area will prohibit commercial fishing, protecting critical habitat—including breeding and foraging grounds—for Chilean sea bass, one of the region’s top predators, as well as a multitude of penguins, seals, whales, and other animals.

Having seen the Antarctic continent’s coastlines myself, I am truly grateful to Secretary Kerry for all his efforts.