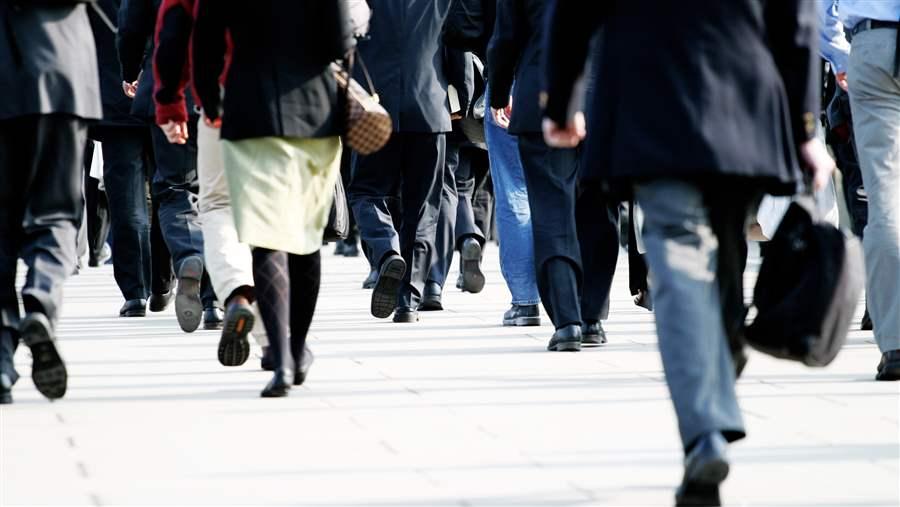 The U.S. Department of Labor has given a green light to states to enact programs to bolster retirement savings by private sector workers.

As Americans mark National Retirement Security Week, which started Oct. 16, a recent federal policy change could benefit millions of people who lack access to retirement plans at their jobs. The U.S. Department of Labor has given a green light to states—and potentially a limited number of cities—to enact programs to bolster retirement savings by private sector workers.

The department released a final rule in late August that updates a proposed rule issued in November 2015 and creates what is known as a safe harbor for state-sponsored programs that rely on individual retirement accounts (IRAs) rather than plans that fall under the federal Employee Retirement Income Security Act of 1974 (ERISA). That means the savings plans will not run afoul of federal requirements if they include a specific set of practices. The new rule gives significant leeway to states and changes the proposed version in several important ways.

Policymakers had been awaiting the Labor Department guidance. A recent analysis by Pew found that about 30 million full-time, full-year workers do not have access to employer-sponsored retirement plans. To address this shortfall, many states are looking to provide alternatives. But ERISA—which sets federal standards for most retirement plans, including 401(k) accounts—has been a complicating factor. To maintain standards, ERISA contains a pre-emption clause that prevents states from creating certain types of retirement savings programs. This restriction has stymied efforts to put plans in place that would apply to all, or most, private sector employers and their employees in a particular state.

The Labor Department rule helps to clarify a path forward, setting some basic requirements for the IRA variations. State policymakers typically seek to require employers that do not offer plans to automatically enroll workers in a state-sponsored IRA program known as an auto-IRA. Workers then would make regular contributions as a percentage of their pay but could opt out or change their contributions at any time.

To further clarify federal rules, the department also released a second proposed rule in August that would allow cities and counties to implement their own plans.

The changes made in the final version of the broader rule address several major issues.

The proposed rule would have prevented states from imposing restrictions on withdrawals from the IRAs, but the final version allows states to decide on any restrictions. The Labor Department initially proposed prohibiting restrictions to ensure that employees had “meaningful control” over their accounts. That was part of a larger effort to minimize the role of employers, a standard that programs need to meet to avoid being defined as employee pension benefit programs subject to ERISA. The final rule stated that restrictions on withdrawals were not relevant to limiting employer involvement.

The change allows states to implement policies intended to reduce “leakage”—withdrawals from accounts before retirement—and gives them greater flexibility to provide investment options that cannot be liquidated quickly. It also allows states to offer lifetime income options, such as annuities, which by their nature are illiquid and require restrictions on access.

Use of tax incentives and credits for reimbursement

The proposed and final versions both contain language that strictly prohibits states from offering economic incentives that go beyond reimbursing employers for the exact amount of compliance costs. The department wants to avoid any monetary inducements that might encourage employers to participate in a state program instead of maintaining existing, more robust ERISA plans or offering such plans in the future.

Any payments to employers must be designed to reimburse them for actual costs. Still, the department acknowledges in the final rule that requiring the calculation of specific compliance expenses is not practical, so the rule allows states to reasonably approximate those costs, greatly simplifying the process.

The final rule clarifies that state retirement programs can be directed at employers who do not offer plans, rather than employees without plans. This subtle change reduces the burden on businesses with plans that might have employees who are ineligible because of participation requirements, such as working for a certain length of time or number of hours. This could leave open the possibility of being subject to the state program. Without the clarification, the businesses might be required to monitor the enrollment status of each employee. Additionally, the final rule makes clear that the term “state” includes the state agencies designated, or boards created, to run the programs on an ongoing basis.

The Labor Department explicitly says the safe harbor guidelines do not require strict adherence by states; alternative programs and experimentation are permissible. Noting this fact in the rule gives states significant leeway to implement programs as they deem appropriate.

New proposal could apply to cities and counties

The proposed rule explicitly mentioned states, the District of Columbia, and territories, but it did not include specific guidance on whether other political bodies, such as cities or counties, could offer similar programs. A new proposed rule would allow political subdivisions that meet certain criteria to do so. The rule would permit certain political subdivisions that meet at least three specific criteria to offer retirement savings programs.  First, the subdivision must have the authority under state law to create an auto-IRA program. This requirement is meant to exclude “special-purpose” entities—such as utility districts or transit systems—that do not have this authority. The comment period on the proposal closed Sept. 30.

Third, the subdivision cannot be in a state that has established a statewide retirement savings program for private sector employees. While the criterion include state-sponsored auto-IRA programs, it is written broadly and may include other savings programs that are being considered or have been adopted by states, such as state-sponsored prototype plans, multiple employer plans, or marketplace exchanges. The Labor Department wants to avoid duplicative requirements on employers, but the overlap would be less clear, for example, if the state offered a marketplace while a city provided an auto-IRA. The proposed rule also does not explicitly lay out what would happen if a city implemented a program before a state passed its own legislation.

These criteria would severely restrict the number of eligible local governments.  The Labor Department estimates that just 88 subdivisions out of about 90,000 nationwide would meet all three.

The department is also considering whether a subdivision must have a “demonstrated capacity to design and operate a payroll deduction” program. Setting up and maintaining a pension plan for a city’s employees, for example, might be enough to illustrate that capability.

The Labor Department’s final and proposed rules offer states and cities a significant opportunity to help private sector workers save for retirement. States have been given leeway to design programs that meet the specific needs of their workers and their employers. This flexibility also could be extended to a handful of large cities and counties, allowing more policymakers to experiment with ways to best address nationwide concerns about inadequate retirement savings.