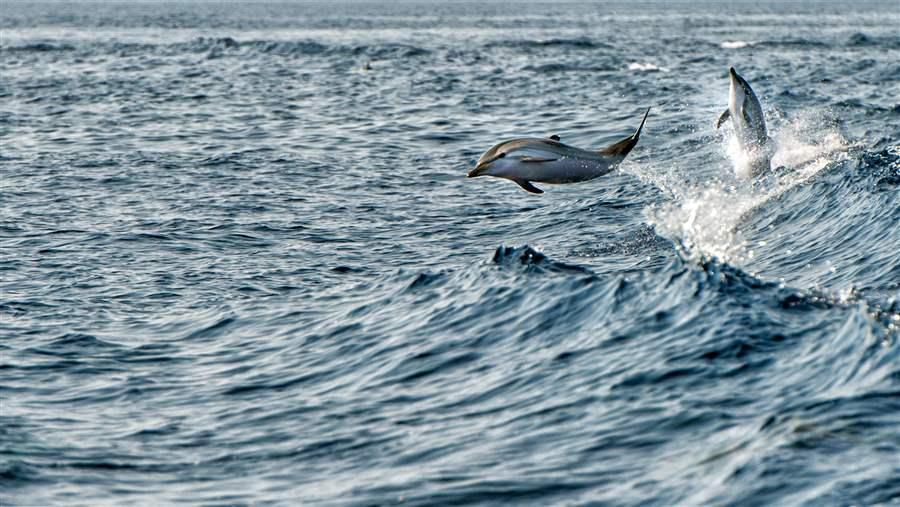 In a win for marine life, members of the International Union for Conservation of Nature (IUCN) World Conservation Congress voted on Sept.  9 to support U.N. efforts and call for protections and sustainable management of marine areas beyond national jurisdictions, also known as the high seas.

The World Conservation Congress, which was held from Sept. 1-10 in Honolulu, has brought together thousands of leaders, government decision-makers, island residents, and indigenous peoples from around the world to seek solutions to global environmental challenges. The conference is hosted by the IUCN every four years.

The passing of this motion is significant to marine conservation and comes at an opportune time. From Aug. 26 to Sept. 9, governments convened at the U.N. in New York for a Preparatory Committee meeting to discuss a potential international agreement to protect the high seas.

The agreement is in large part intended to help address high seas governance gaps and develop mechanisms to establish marine protected areas and conduct environmental impact assessments in areas beyond national jurisdictions. And, over the past few weeks, participants in U.N. meetings discussed the tools highlighted by the IUCN for use on the high seas—including an ecologically representative system of marine protected areas and methods for conducting environmental impact assessments. If governments can keep on track, the agreement could be adopted by 2020.

The high seas are managed by a patchwork of rules and regulations governing various sectors, such as fishing and mining. This patchwork provides little protection for the greater marine ecosystem, which faces growing pressure from commercial activities. The new agreement could put in place a comprehensive management regime and, in doing so, also create a system for establishing high seas marine protected areas. Leading marine scientists recommend setting aside at least 30 percent of the ocean in marine protected areas in order to maximize conservation gains, but that target will be difficult to achieve without high seas protections.

IUCN members have shown a strong commitment to such protections by passing this motion on marine areas beyond national jurisdictions. It is now up to world leaders to agree on a robust science-based international treaty and to ensure protections for the high seas well into the future.

Elizabeth Wilson is the director of international ocean policy for The Pew Charitable Trusts.