One shark fin is not like another—and now, they’re even easier to tell apart.

Several years ago, opponents of trade regulations for endangered shark species often argued that the different fins were not easily identifiable in trade and that therefore such international protections could not be enforced. Now, though, thanks to entities such as the United Nations Food and Agriculture Organization (FAO) and shark experts like Debra Abercrombie, this argument no longer has merit.

“For many years, my research has focused on developing genetic techniques to identify shark fins in trade to the species level. After analyzing thousands of fins, I realized I could visually identify the species before it was genetically tested,” said Abercrombie. “Because this helped save time and expense in the lab, it dawned on me—developing the proper visual tools could help officials easily and efficiently identify fins from shark species traded in large numbers. And that would allow international trade to be regulated and enforced, essentially for the first time.”

The Convention on International Trade in Endangered Species of Wild Fauna and Flora (CITES) is widely regarded as one of the most effective and enforceable international trade agreements. But today, it ensures that trade is sustainable for only eight out of more than 500 shark species, less than 10 percent of the global trade that is driving steep population declines. 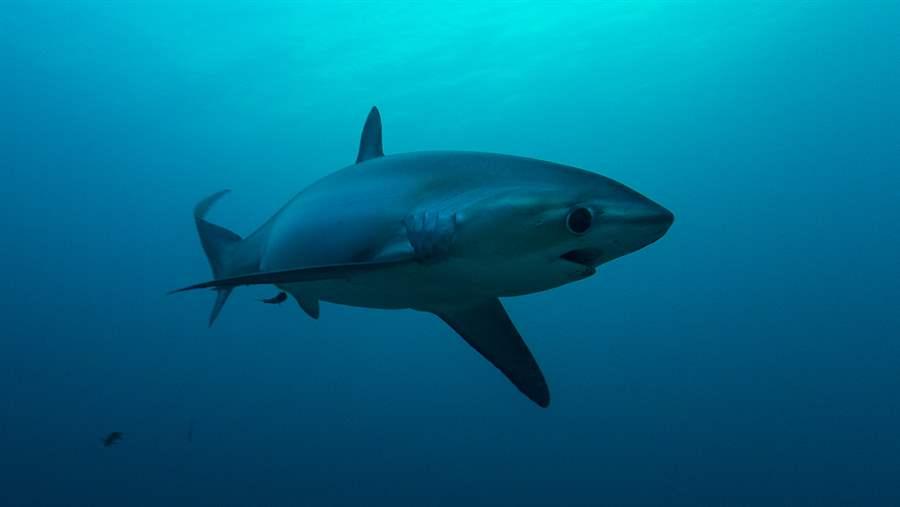 By using the visual guide, officials are able to quickly identify fins of CITES-listed species based on their most distinctive characteristic.

At their meeting in 2013, parties to CITES agreed to list three species of hammerhead sharks, the oceanic whitetip shark, and the porbeagle shark on what is known as the convention’s Appendix II, meaning that all international trade in these species had to be legal and sustainable. The visual fin ID guide that Abercrombie developed before that meeting helped demonstrate that the protected species could be properly and simply identified. Armed with this tool, governments voted for the restrictions with confidence that their customs, fisheries, and environment officials would be able to meet their new obligations.

This guide also made up part of the foundation for global implementation of the 2013 listings and the enforcement efforts that followed. Since the restrictions went into effect in September 2014, over 500 officials from countries around the world have been trained with this guide on how to distinguish fins from the CITES-listed species from others during routine inspections.

In Hong Kong, customs, border control, and other government staff have had six days of workshops dedicated to fin ID training. And that training is paying off. Since implementation began, over 1,400 metric tons of illegally exported shark fins have been seized in Hong Kong alone.

In late September, CITES will consider protecting additional shark species.  New trade protections for the silky shark as well as bigeye, common, and pelagic thresher sharks will be debated at the CITES 17th Conference of the Parties (CoP17) in Johannesburg. Adopting the proposed Appendix II shark listings would ensure that only sustainable trade in these species can continue and would provide a critical opportunity for these populations to recover from unsustainable levels of catch and trade. 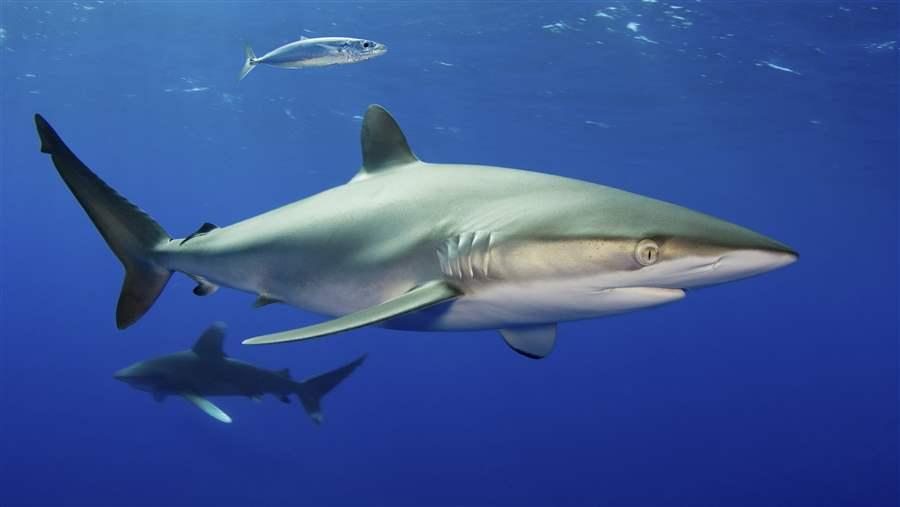 One shark fin is not like another—and now, they’re even easier to tell apart.

Abercrombie has created a guide for thresher and silky sharks that will allow wildlife inspectors, customs agents, and fisheries personnel to quickly and visually identify fins of these species—if the Appendix II listings are adopted. Ahead of the CITES meeting, she is traveling the world to train governments on how to enforce these potential new protections.

“By using the visual guide, officials are able to quickly identify fins of CITES-listed species based on their most distinctive characteristic. With that information, they can establish probable cause when needed to detain cargo lacking the appropriate permits, and help build the case for possible prosecution,” Abercrombie explained.

The tools that helped with successful implementation of the previous listings are already available and ready for use for the species that could win protections this year. This guidance also has been translated into Chinese, Spanish, French, and Arabic. Additionally, a smartphone app, currently available for download to accompany the 2013 fin guide, walks users step-by-step through the identification process.

With silky and thresher sharks suffering declines from 70 to 99 percent everywhere they are found, CITES CoP17 offers an opportunity to put meaningful protections in place that have proved enforceable for other shark species.

“The listings of silky and thresher sharks on CITES Appendix II, if adopted, would provide much needed global protections to allow these vulnerable species to recover,” said Luke Warwick, director of global shark conservation for The Pew Charitable Trusts. “Providing a suite of tools that help to identify their fins in trade is absolutely key to this success and shows governments that these listings can be simply enforced, and so have real conservation benefit.” 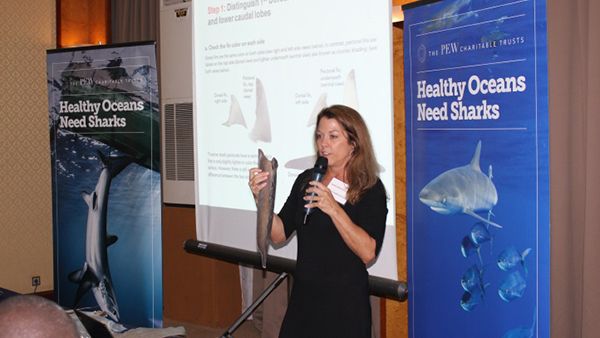 Abercrombie created a guide for thresher and silky sharks that will allow wildlife inspectors, customs agents, and fisheries personnel to quickly and visually identify fins of these species—if the Appendix II listings are adopted.