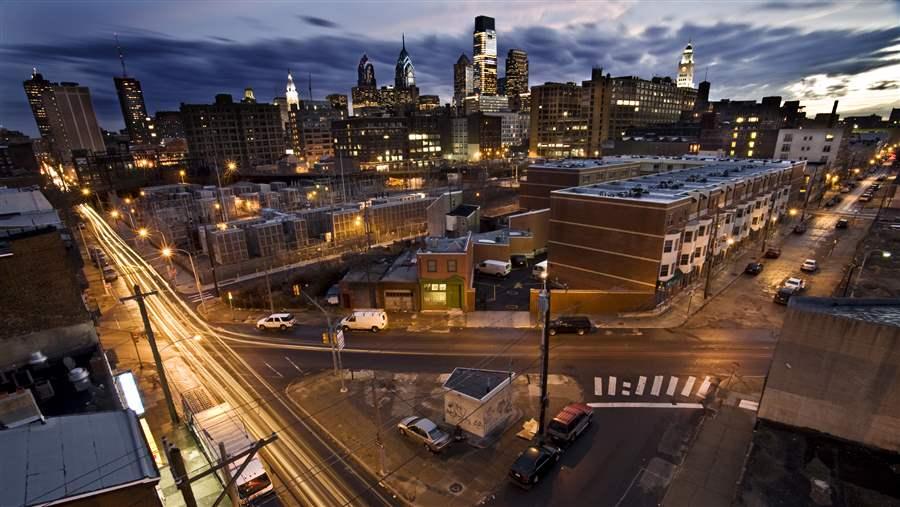 Known as tax expenditures, these incentives and exemptions from standard taxation reduce potential government revenue, at least in the short run. Unlike direct expenditures for government services, however, they typically do not appear in budgets or financial statements.

The Pew Charitable Trusts examined business tax expenditures in Philadelphia and the rest of the nation’s 30 largest cities for a new report, Philadelphia Business Taxes: Incentives and Exemptions. Of those cities, only 11 impose levies directly on corporate profits or revenue and thus could offer tax breaks to these sorts of businesses. Those cities are Columbus, Ohio; Detroit; Los Angeles; Memphis, Tennessee; Nashville, Tennessee; New York; Philadelphia; Portland, Oregon; San Francisco; Seattle; and Washington.

Although the nature of the expenditures varies widely from city to city, they generally fall into two categories. One consists of industrywide exemptions, most often for firms dealing in finance, insurance, utilities, and port-related activities; Nashville and Memphis had the most such exemptions, 12 each, while Washington did not have any.

The second category is made up of tax incentives, some encouraging companies to locate in particular neighborhoods and others designed to spur specific business actions citywide. 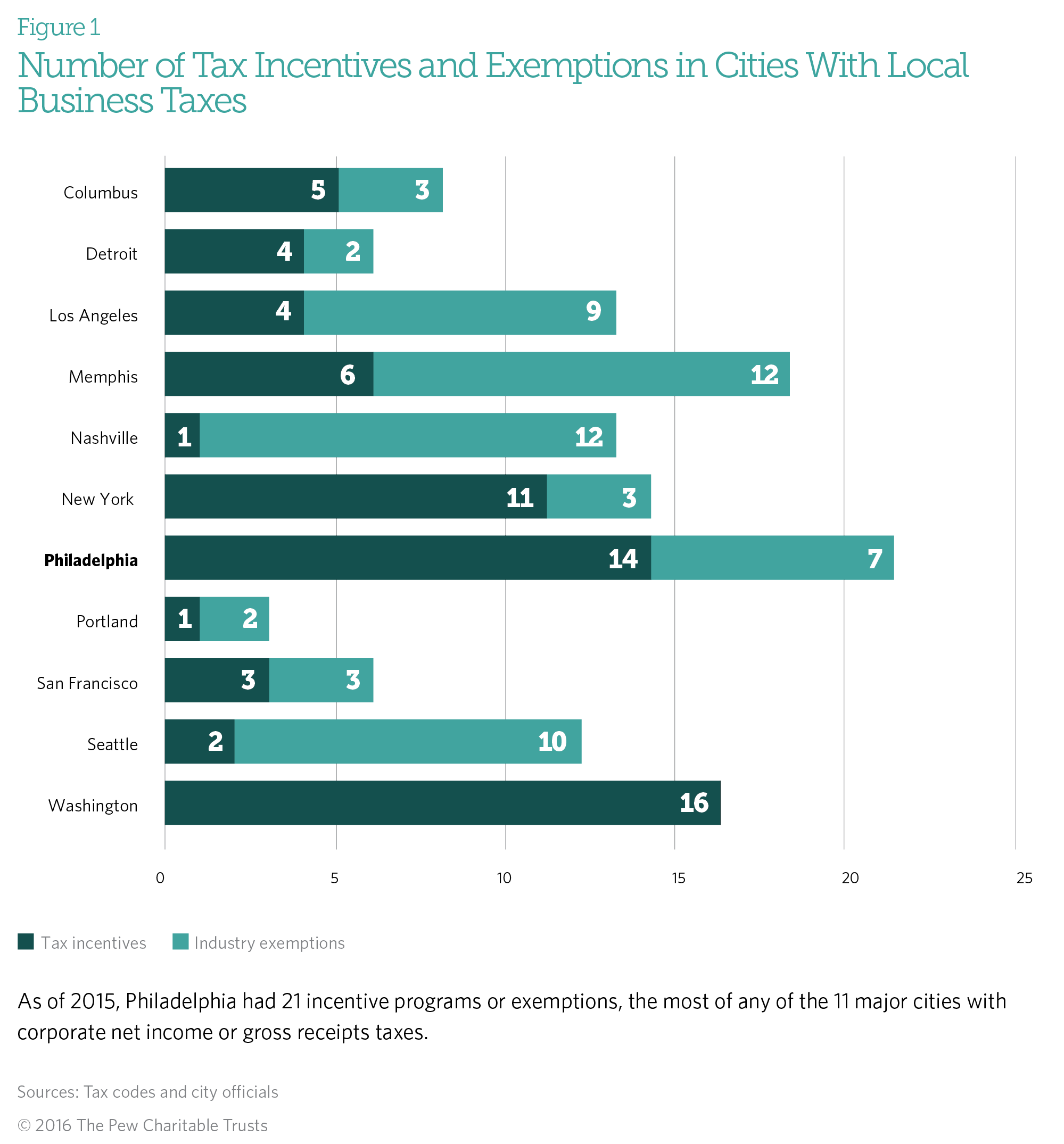 Some cities have programs to encourage firms to meet social goals, such as protecting the environment, revitalizing communities, and expanding health care. Starting in 2013, Philadelphia made tax credits available to businesses that added health care coverage for life partners and transgender care, including prescription drugs, counseling, and surgery. Washington gives firms a credit for providing paid leaves to workers so they can become organ or bone marrow donors.

Whether the full range of tax expenditures have paid off for cities is hard to say. There is no question that there have been benefits, notably in terms of jobs created and buildings constructed. The issue is whether those benefits outweigh the costs.

Most of the municipalities have not conducted comprehensive analyses of how much the tax expenditures cost or whether they achieve their purposes—and are not required by law to do so. Only a few cities, including New York and Washington, mandate that kind of reporting.

Evaluating tax expenditure programs is not easy, because it is difficult to estimate how many jobs would have been created or structures built had the programs not been in place. But timely and detailed data can help.

Pew’s analysis found that tax incentive programs in Philadelphia resulted in an average of $109.6 million a year in revenue forgone by the city and the school district from 2010 to 2012, the last years for which complete data were available when the research began. That was a 634 percent increase from 2001 to 2003, when the average annual inflation-adjusted amount was $14.9 million. Over the same period, industrywide exemptions produced at least $106.2 million in forgone revenue annually, 18 percent less than in 2001-03. Pew did not conduct similar analyses for the other cities.

Philadelphia has one of the highest city business tax burdens in the country, and the tax structure is frequently cited as one reason for the city&rsquo;s relatively weak job creation record over the past several decades.