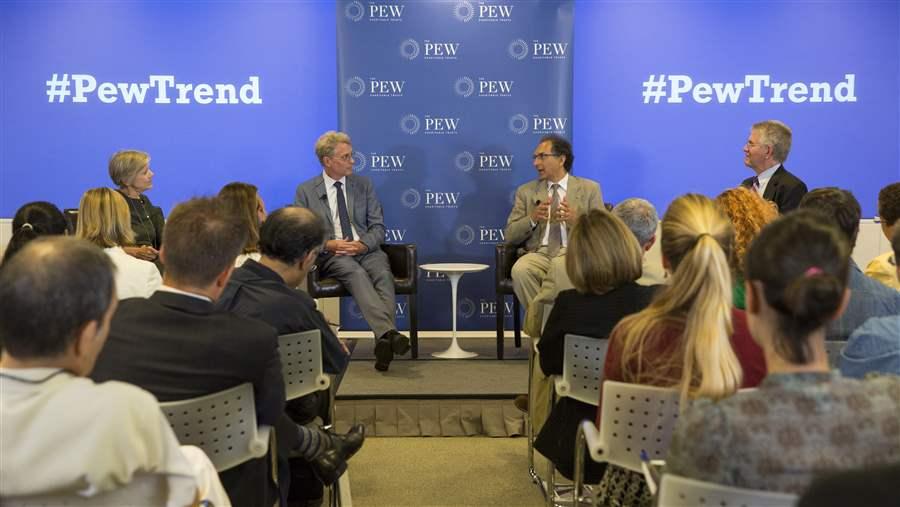 To help face transnational issues, we need to work together and learn from each other, said Urahn, who served as the panel moderator.

Three experts who recently described their insights and research on these topics in Pew’s new policy publication, Trend, came together at the event to discuss three key global demographic changes: international migration, the rise of the global middle class, and Africa’s influence on religion around the world.

Michael Dimock, president of the Pew Research Center; Philip Jenkins, distinguished professor of history at the Institute for Studies of Religion at Baylor University; and Homi Kharas, senior fellow and deputy director of the global economy and development program at the Brookings Institution, joined Urahn for a conversation on the data behind these trends and how they will influence our future.

The shift in global migration

One of the most significant demographic trends today is global migration’s rapid rise, as seen in Figure 1. Today, 244 million people live outside their birth countries—three times the rate in 1960. The migrant population would rank as the fifth largest country in the world. 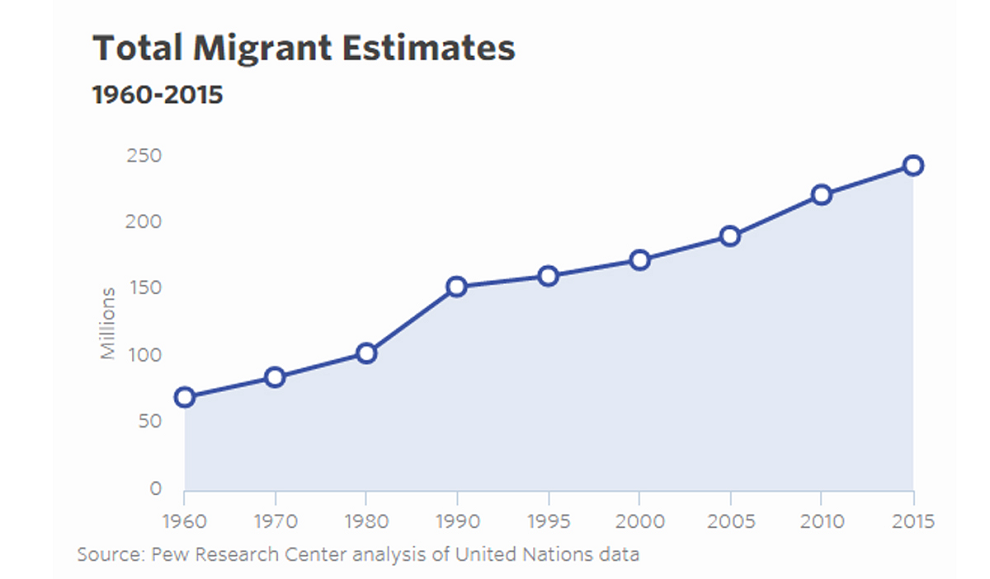 Although the European refugee crisis has received much attention, Dimock said, it actually is only a small part of the broader global migration picture. Some people relocate due to violence or weather, he said, but the biggest driver is opportunity.

Migrants “aren’t necessarily fleeing something in particular but moving toward something better,” Dimock said. In our interconnected world, people see better options available for their children and families, he said, noting this is especially true of those moving from middle-income nations to high-income nations.

The shift in the middle class

This economic shift is accompanied by a geographic shift. Most middle class people live in cities, where incomes are higher, Kharas said, which triggers a growth in urbanization. His research found that 100 million people in developing countries move to cities each year.

Because members of the global middle class have fewer children—due to urban relocation, higher income, and better education—analysis of research shows that 600 million fewer people could inhabit the Earth by 2050.

“Fertility rates are collapsing in some of the most surprising countries,” Jenkins said. For instance, Iran has one of the sharpest declines in the world. The average Iranian family has 1.8 children, down from six three decades ago. However, this trend isn’t seen everywhere.

“One of the most important changes in the world is a massive disparity between fertility rates of the rest of the world and Africa,” Jenkins said. Despite real middle class growth and development in Africa—and more women entering the workforce there—the average family continues to be large. In 2015, Uganda, Nigeria, and Ethiopia all had birth rates of more than five children per woman. Jenkins predicted the general global shift of smaller families won’t hit Africa for another 20 years.

The shift in faith worldwide

Africa will hold an ever-increasing share of the world’s population because its families remain large. It’s estimated that 40 percent of the global population could be African by 2100. As space becomes scarce, more Africans will leave their continent. In other words, “What happens in Africa, does not stay in Africa,” Jenkins said.

As Africans migrate throughout the world, they will take their churches and religious practices with them, influencing the spread of faith. Countries where families are large, he said, tend to have very devout religious followers. Smaller families, meanwhile, correspond closely with secularization and a decline in organized religion.

Religious changes can already be seen. African churches are thriving in Europe. For instance, Africans lead four of the largest megachurches in Britain—and a Nigerian church in Kiev, Ukraine, claims some 50,000 followers. Meanwhile, in the United States, Houston is home to at least 25 African churches.

“By 2050, Christianity will be a religion of Africa and the African diaspora,” Jenkins said. He also predicted that non-Hispanic whites will represent about 16 percent of the world’s Christian population by then. That’s a revolutionary decline, he said, and family size is a leading demographic of that shift.

The public view of globalization

Globalization brings mixed feelings around the world. Among members of the middle class in the developed world, Dimock said, it is often seen as a threat. The global economy is changing and that can be viewed as destabilizing for the U.S. or European middle classes. 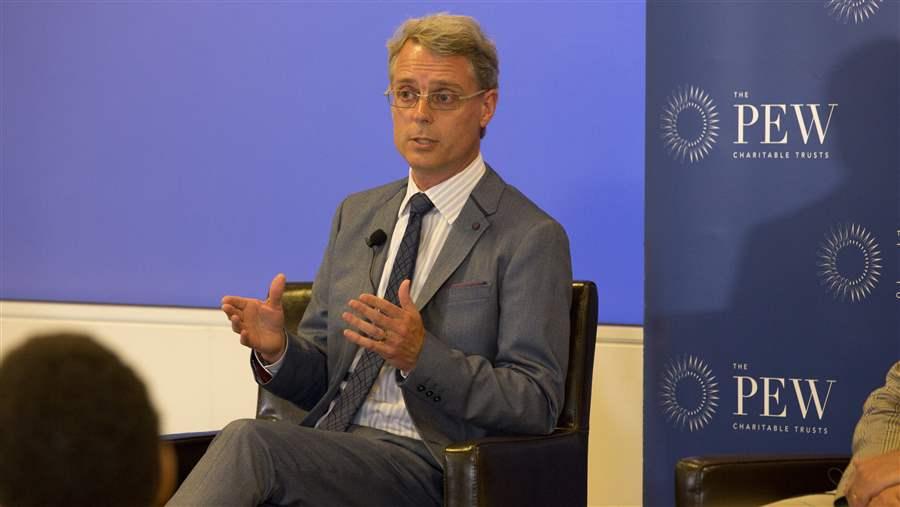 “There’s a lot of concern, but it’s not always linked to facts on the ground,” Michael Dimock, president of the Pew Research Center, says about the public’s views on migration.

“There is a sense that the U.S. is not in control of its destiny the way it was before,” Dimock said, based on surveys by the Pew Research Center. Migration has also prompted concerns about cultural identity and security in developed nations, he said, as reflected in the recent “Brexit” vote in the United Kingdom to leave the European Union.

Kharas echoed these findings, saying the middle class in developing countries have an optimistic view of the future compared with their counterparts in developed countries. Many people are now able to enjoy the same lifestyles and comforts as those in developed economies.

The world is more linked today than ever before, especially as it becomes easier to move from one place to another and stay connected. Many countries, Dimock said, have embraced immigration as a part of economic development—and to help combat the “brain drain”—by allowing migrants to retain ties to their homelands, such as maintaining voting rights and global remittances.

As the world addresses these increasing demographic shifts, questions over collective intellectual shifts also rise. “There has to be a mind-set change in what we want when we talk about development,” Kharas said. “Rather than a bare minimum threshold, it’s a much broader set of opportunities.”