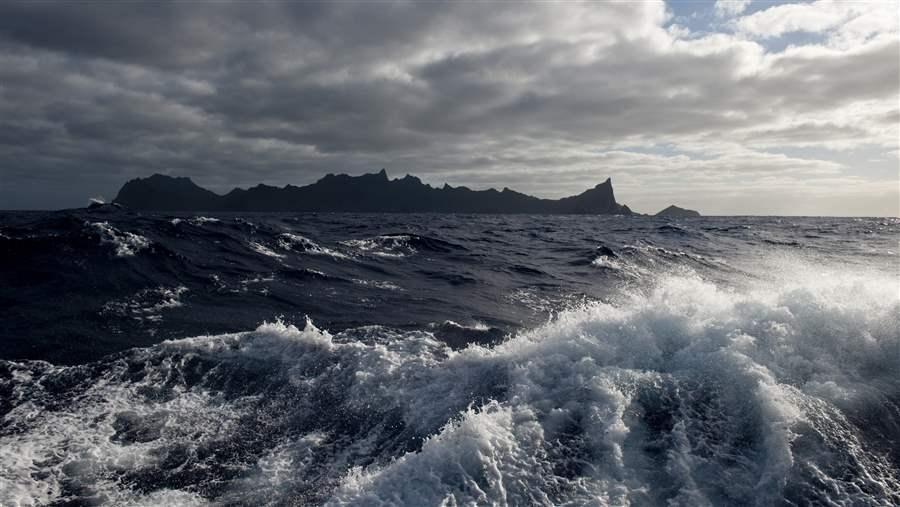 The Port State Measures Agreement is more than just a set of recommendations.

How to build on recent successes in the fight to end illegal fishing proved to be a major topic of discussion at June’s Capitol Hill Ocean Week (CHOW) in Washington. The annual program, held during National Oceans Month, brought together more than 600 national and global policymakers, scholars, scientists, and conservation leaders to talk about the state of the world’s oceans.

For example, Ian Urbina, the New York Times reporter who has written extensively about lawlessness on the high seas, led an insightful discussion about the critical importance of tracking and enforcement in fighting illegal, unreported, and unregulated (IUU) fishing.  The potential impact of the Port State Measures Agreement (PSMA), which took effect June 5, dominated the conversation. The international treaty went into force following ratification by more than 25 governments. The total currently stands at 34. The United Nations pact is designed to stop the flow of illegal fish through ports around the globe. It is the first binding international accord to specifically target this illicit trade.

Whether it’s in a setting such as CHOW or part of advocates’ day-to-day work, efforts to identify the issues and vulnerabilities that allow IUU fishing to continue will help craft solutions to a huge global problem. Experts say seafood stolen from the ocean is worth up to $23.5 billion  globally each year.

But what exactly do we need? Is it political will, as Bumble Bee Foods’ CEO Chris Lischewski referenced during the panel when reflecting on difficulties in tackling problems in the past? I would argue that the level of concern and focus has been building. Although the U.N. Food and Agriculture Organization adopted the PSMA in 2009, launching the approval process, 16 government ratifications took place in 2016. That’s more than half of the number needed. And with the guiding principles now in place, attention can turn to implementation.

Cooperative efforts needed to get the job done

The PSMA is more than just a set of recommendations. It is a “how to” for governments looking to administer port State controls appropriately. The PSMA is built on the importance of sharing information among port officials to improve transparency, standardize port inspections, and stop illegal fishermen at the dock. But the treaty’s success will only be as good as our ability to carry it out. We need concrete plans for enforcement—and more nations to ratify the PSMA—to ensure its effectiveness.

Still, the accord is only one weapon in the arsenal of those seeking to end illegal fishing around the world.   For the treaty to live up to its potential, other important pieces also must be in place. Those include effective processes to identify and track fishing vessels, as well as to attain appropriate enforcement.

Identification.  Authorities must be able to prevent vessels from effectively disappearing. This is easier said than done when identifying features, such as a boat’s name, call sign, or flag, can be changed easily. Without a mandate for all fishing vessels to have permanent unique identifiers, such as IMO numbers, criminals can fly different flags and change identities quickly. On the panel, Michele Kuruc, an expert on IUU fishing with World Wildlife Fund, compared what is needed to vehicle identification numbers for cars. “We need VINs, not license plates,” she said.

Tracking. Advancements in technology such as Automatic Identification Systems (AIS) and Vessel Monitoring Systems (VMS) provide ways to monitor vessel movements and activity around the globe. In partnership with Satellite Applications Catapult, The Pew Charitable Trusts in 2015 launched Project Eyes on the Seas, a satellite monitoring system that integrates layers of sensors and data, including space-based radar and photographic imagery, AIS and VMS, license databases, and oceanographic and environmental data, to analyze vessel behavior. Shah Selbe of National Geographic shared his experiences with vessel tracking technology, especially the use of remote sensors. The technology exists, the panelists asserted, but the data must be collected and analyzed properly.

Enforcement. The last step is stopping those who break the law. To do this, authorities need adequate enforcement capabilities.  Proper enforcement requires countries to take a proactive approach to sharing information and data on illegal fishing cases across international borders, whether through regional partnerships such as FISH-i Africa or through Interpol, the global police network.

The United States has taken critical steps in the fight to end illegal fishing since last year’s CHOW conference.  Last June, much discussion focused on how the administration would begin implementing recommendations in the action plan developed by the Presidential Task Force on Combating IUU Fishing and Seafood Fraud.

The right combination of motivation and innovation can provide the answers to overcome the challenges that hamper proper stewardship of global fisheries. As ocean advocates continue to push this fight to end illegal fishing, it’s important to remember the reason for doing so: to safeguard the health of marine ecosystems and fish populations, as well as the food security and livelihoods of millions of people around the world.