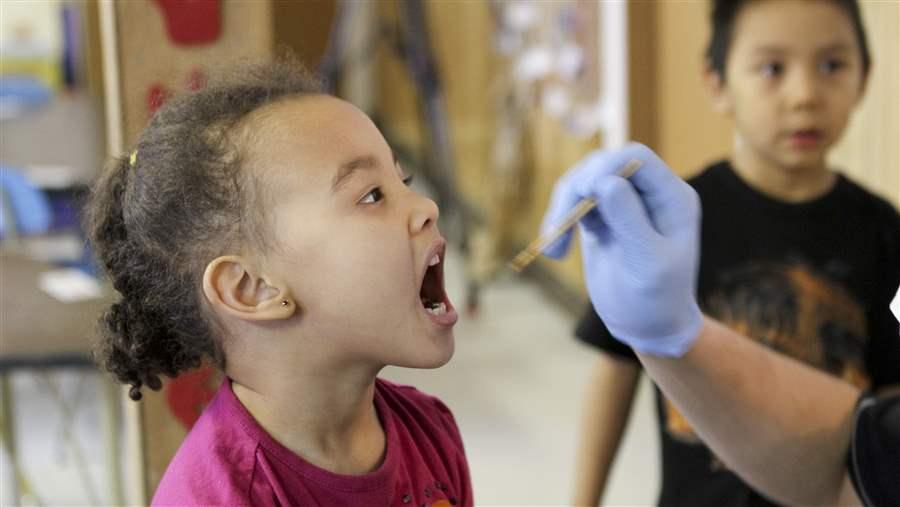 Updated data on school-based dental sealant programs finds that these initiatives can significantly reduce tooth decay in young children and lower costs to taxpayers when used in high-need schools. Tooth decay is the most common chronic disease among U.S. children and dental care is one of the nation’s greatest unmet children’s health needs.1

The new data on the effectiveness and return on investment of school-based dental sealant programs was released in May by the Community Preventive Services Task Force, an independent panel of public health and prevention experts.

Dental sealants are plastic coatings that are placed over the chewing surfaces of teeth, most commonly molars, to prevent decay. School-based programs, which bring dentists or dental hygienists into the classroom to examine children’s teeth and apply sealants as needed, are especially effective for reaching children from low-income families, who face a higher risk of tooth decay and are less likely to see a dentist than their more well-to-do peers. As a result, these programs offer a cost-effective path toward decreasing dental health disparities among children from different socio-economic, racial, and ethnic groups.

The task force found that students who received sealants in school typically had half as much dental disease after four years as those who did not. The findings also showed that the benefits of school sealant programs exceed their costs when implemented in high-need schools—those with large numbers of low-income students. A comparison of the costs and four-year economic benefits suggests that programs begin to generate savings within two years of operation. Labor accounted for two-thirds of the cost per child of sealant placement in the studies reviewed, so not surprisingly program costs were lower when trained dental hygienists, rather than dentists, examined students to determine whether sealants were appropriate.

Despite the growing body of evidence for the effectiveness of school-based sealant initiatives, Pew’s 2015 analysis States Stalled on Dental Sealant Programs: A 50-State Report revealed that 39 states and the District of Columbia do not have programs in most of their high-need schools. To ensure dental health issues are addressed early and cost-effectively, states should continue to expand their use of these proven programs.