In the town of Holly Ridge, North Carolina, oysters are one ingredient—along with a rock sill and marsh vegetation—being used to create “living shorelines” that protect and maintain valuable habitat. Oysters will grow on any structure in shallow water and provide excellent erosion control, said Tracy Skrabal, a coastal scientist with the North Carolina Coastal Federation (NCCF).

I recently joined Skrabal, Holly Ridge Mayor Anita Dingler, and elected officials, city representatives, and congressional staff on a walking tour of Morris Landing, a living shoreline recreational area in Holly Ridge used for swimming and fishing.  Skrabal described how vehicular traffic, erosion, and dumped trash had been degrading the shoreline before the NCFF purchased and restored this 52-acre site in 2004. 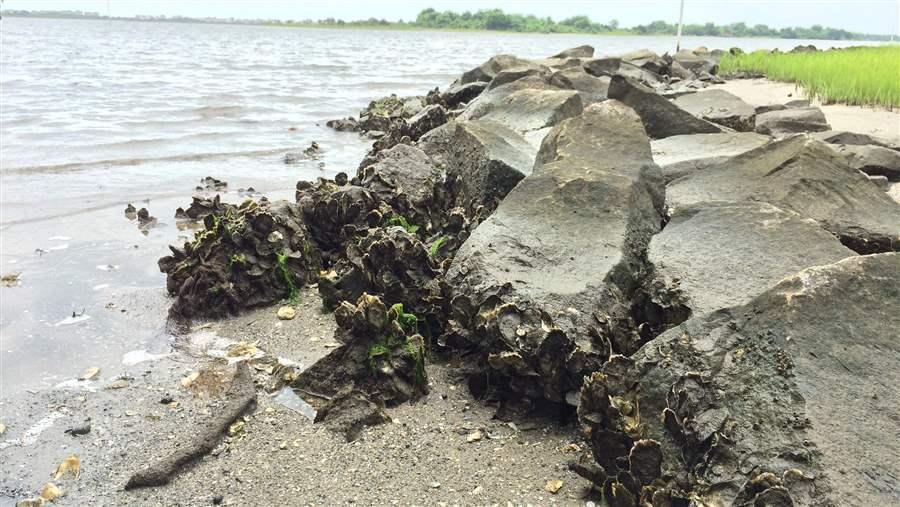 The oysters growing on these rock sills are part of a living shoreline in Holly Ridge. Oysters are a native resource and help combat erosion.

Experts are increasingly concerned about the expanding use of concrete structures such as seawalls and bulkheads, which are causing loss of wetlands and natural habitats that people and nature rely upon. A recent analysis found that about 14,000 miles, or at least 14 percent, of the nation’s tidal shoreline is already hardened because of such infrastructure. Without intervention, this figure is expected to grow.

Fortunately, property owners are beginning to embrace nature-based approaches to shoreline protection. Cost analysis found that living shoreline projects are often a less-expensive and more durable option than structural or hardened methods. For example, research in North Carolina found that living shorelines withstood the storm surges and fierce winds from Hurricane Irene in 2011 better than bulkheads. 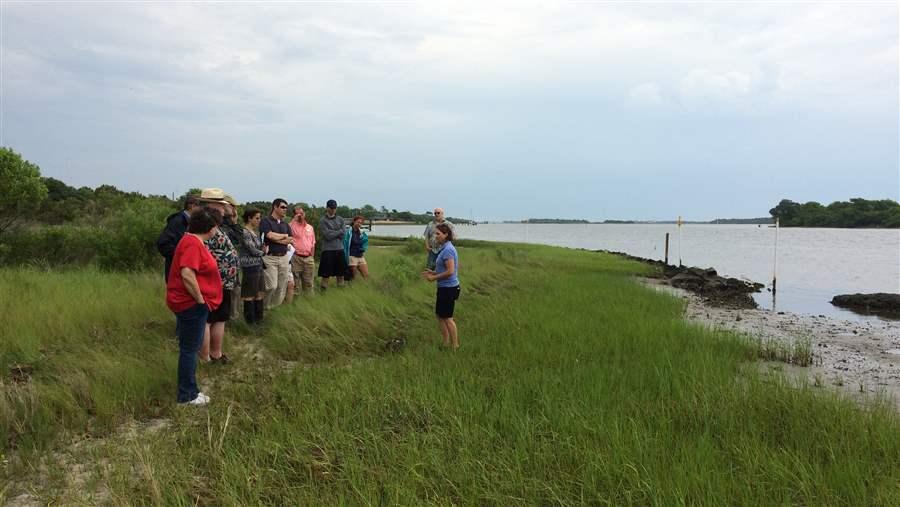 Despite the benefits of living shorelines, it can be challenging for homeowners to obtain a permit for them from the U.S. Army Corps of Engineers. The agency has not kept pace with advances in natural shoreline management or the scientific understanding of hardening. Existing permits that address bank stabilization and aquatic ecosystem restoration do not include most living shoreline activities. Thus they face greater federal scrutiny and longer permit reviews than hard infrastructure projects do. “It can take up to three months to permit a living shoreline versus one to two days for a bulkhead, which is daunting,” Skrabal said. “It’s simply faster and easier to put in gray infrastructure right now.” 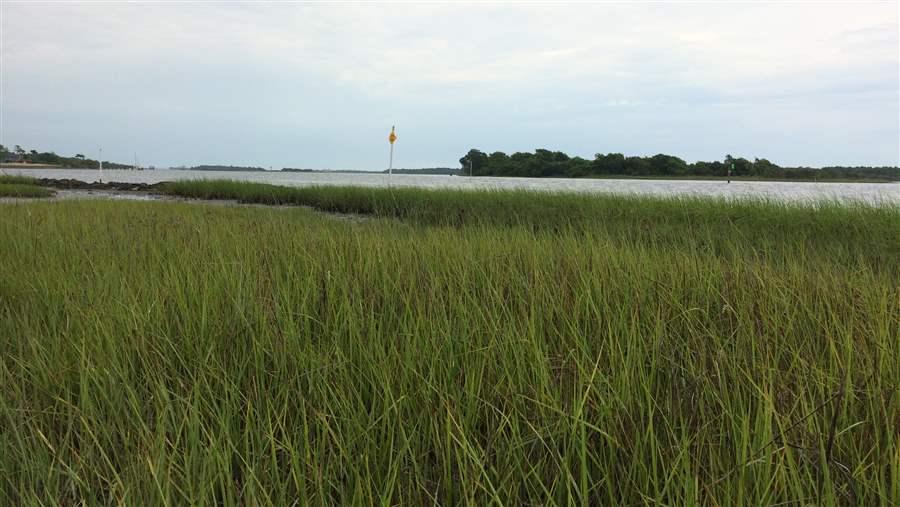 Healthy marsh grasses contribute to a living shoreline at Morris Landing in Holly Ridge. Beaches, wetlands, and marshes provide the first line of defense to slow and absorb storm surges and hurricane winds in coastal areas.