This analysis was corrected on June 15, 2016, to remove the suggestion that all forage fish species that are fished in high numbers do not have catch limits. 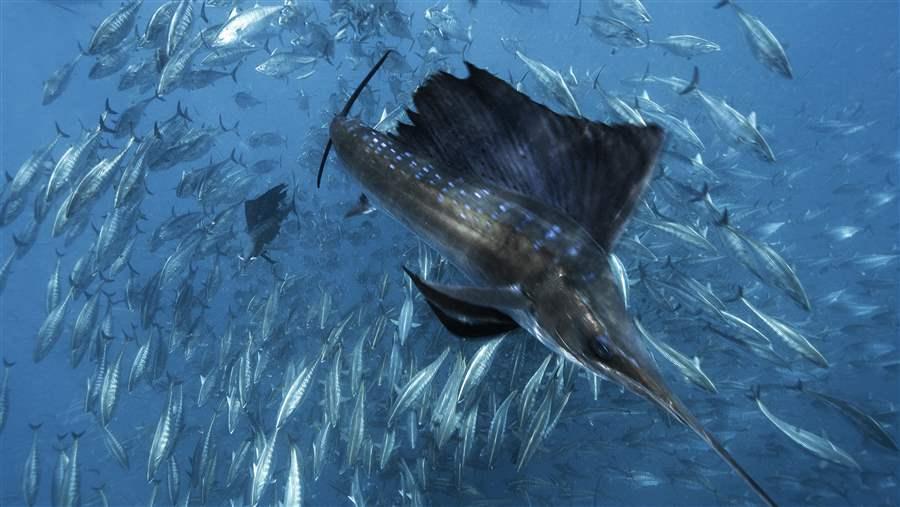 Sailfish and skipjack tuna feed on a school of sardines. Sardines and other forage fish are vital for predator fish, whales, and seabirds, but no catch limits are in place for most forage species in U.S. waters.

Forage fish species, such as sand lance and copepod, form the foundation of the ocean’s food web, providing food for larger fish, seabirds, and marine mammals. However, many of these vital fish are at risk from unregulated fishing. Now the Mid-Atlantic Fishery Management Council has proposed to take action to protect forage fish and the marine ecosystem that depends on them.

The public has a critical opportunity to express support for this visionary plan and its protections. Please consider attending one of seven regional hearings between May 17 and June 6, or the online webinar June 8, and submitting comments by June 17.

Some forage fish, such as Atlantic herring and menhaden, are fished in large numbers for use in fish oil, bait, and livestock feed. Most forage species in the Atlantic Ocean, however, have no catch limits and are at risk for overfishing as global demand rises. If fishing were to increase quickly, the consequences for fish populations, the ecosystem, and the economy could be severe. Vessels operating in the region use gear that is designed to target small schooling species and can pull in millions of fish in a single trip. At this scale, industrial fishing could dramatically reduce the numbers of forage fish, potentially destabilizing the entire ocean ecosystem.

In response, the council last month released a set of possible approaches to managing forage fish, including folding some groups into each of the council’s existing management plans. Such an action would enable managers to quickly set basic conservation guidelines. The proposal also would prohibit new large-scale fisheries on more than 50 unmanaged forage species in the region unless scientific data confirmed that they would not harm the ocean food web. Because the current system could result in rapidly depleted populations off the East Coast, mid-Atlantic fishery leaders have indicated that they want to put conservation measures in place as soon as possible.

If all goes as planned, the council will vote on and submit its final proposal to the National Oceanic and Atmospheric Administration’s Fisheries Service in August. 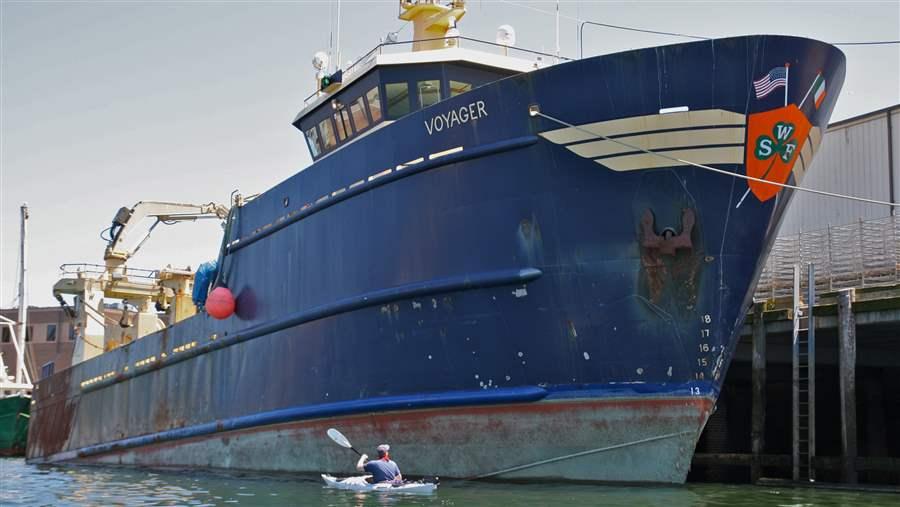 Industrial fishing vessels, such as this herring trawler on the East Coast, have the ability to land millions of forage fish in one trip. Without catch limits, many forage species and the ecosystems that depend on them are at risk.

If the council proceeds with its proposed protections for forage fish, it will join its Pacific Coast counterpart, which enacted similar measures in March 2015. Together with last year’s historic protection for deep-sea corals, this move would help establish the Mid-Atlantic Council as a national and global leader in big-picture fisheries management.

Forage fish are a critical part of the healthy ocean ecosystems that produce seafood and support jobs, coastal economies, and recreation. Everyone has a stake in our country’s ocean resources, which belong to all Americans. Please join me by voicing your support for this precautionary approach to managing ocean resources for the benefit of future generations.