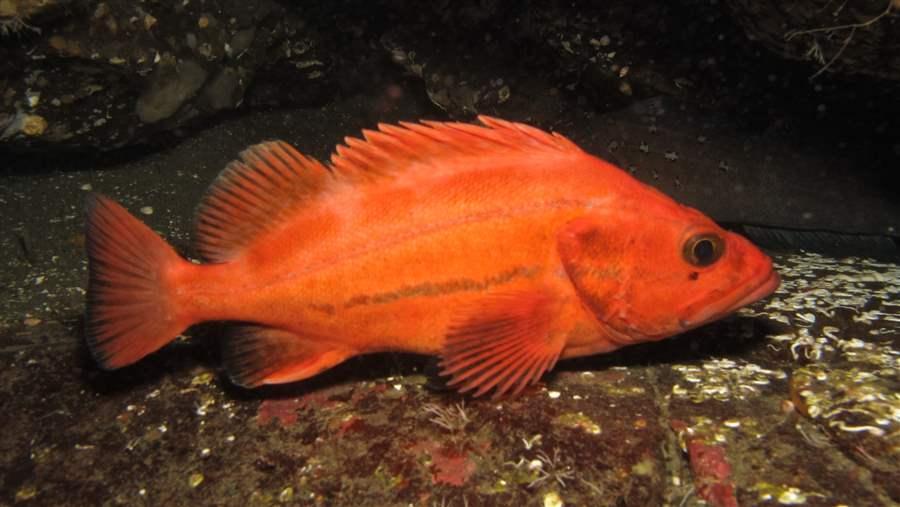 Depleted populations of fish, like this yelloweye rockfish (Sebastes ruberrimus), need to be rebuilt as quickly as possible under the law. A new study finds that the current method for creating rebuilding plans gives fish and fishermen the best combination of a speedy recovery and more catch over the long term.

An analysis published in the scientific journal PLOS ONE in January found that the standard method for setting timelines to rebuild depleted fish populations—that is, by calculating how long it would take for the population to recover if there were no fishing, and adding the average age at which a fish in the population reproduces—is still the best approach for U.S. stocks, compared with two alternatives recently proposed by the National Oceanic and Atmospheric Administration’s marine fisheries service.

When NOAA Fisheries categorizes populations as overfished, the Magnuson-Stevens Act requires regional fishery management councils to develop rebuilding plans and set fishing limits that allow populations to recover in the shortest time possible. This action helps to ensure that fishermen, consumers, and coastal communities can realize the benefits of rebuilt stocks more quickly. Some fish populations can rebuild within 10 years, but others take longer because of their biology or environmental conditions. [Learn more: Timelines Work]

Rebuilding fish populations quickly and successfully is important not just because the law requires it, but also because healthy stocks are critical to well-functioning ocean ecosystems and because overfished populations represent lost income to fishing communities. In 2012, NOAA estimated that rebuilt fisheries would generate $31 billion for the U.S. economy and could support half a million jobs. And although the U.S. has made steady progress in rebuilding fish populations, 38 stocks—about 1 in 6 for which information is available—remain overfished or at levels low enough to require extra conservation measures.

To assess whether the proposed strategies would improve or threaten the nation’s progress in rebuilding depleted stocks, researchers compared their impacts with that of the standard method for six types of fish species—sole, snapper, rockfish, mackerel, porgy, and butterfish—which reflect the diversity of hundreds of fish species managed in U.S. waters. The analysis modeled several real-world scenarios with varying levels of population decline, fishing impacts, scientific uncertainty, and management results.

Overall, the analysis found that, under the wide range of conditions, the current strategy had a higher probability of success, would rebuild most fish populations as fast or faster, and would generally enable fishermen to catch more fish over a 40-year time period than the two new options would. The study concluded, “Given the [legal] requirement that overfished stocks be rebuilt in a period of time that is ‘as short as possible,’ it would be difficult to justify switching to either” of NOAA Fisheries’ proposed alternatives.

This study makes it clear that deviating from the current strategy could jeopardize rather than build on the successes of the past 15 years. NOAA Fisheries should allow exceptions to the current method only in cases where scientific evidence indicates that an alternative approach would rebuild the population more rapidly, given the species, biology of the stock, ocean conditions, and management parameters. Choosing the fastest and most effective path to recovering an overfished population is the best choice for ocean ecosystems and the people and communities that depend on their health and productivity.