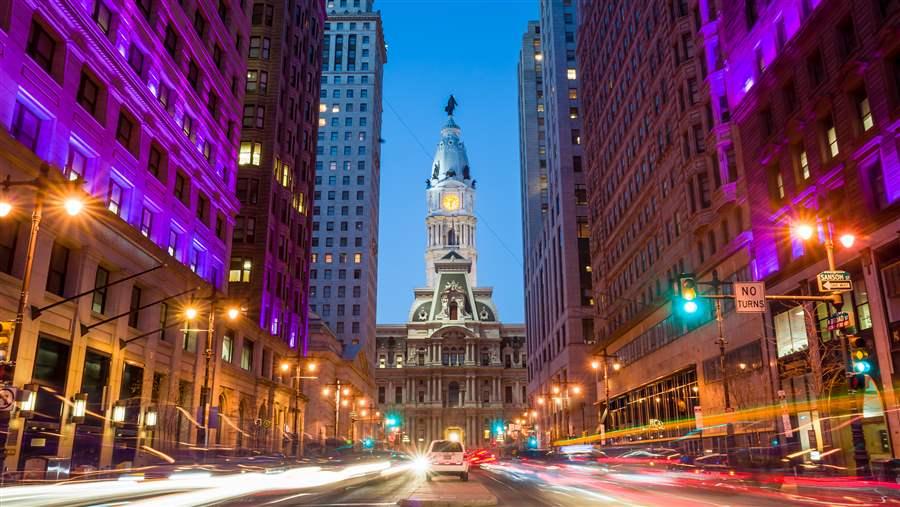 Over the last nine years, the median age of Philadelphians has been getting younger, even as the overall population of the United States has grown older.

According to census data included in our latest report, Philadelphia: The State of the City, A 2016 Update, the city's median age fell from 35.3 years in 2005 to 33.8 in 2014. During the same time, the median age of the nation rose from 36.4 to 37.7 years. This means that the city’s population went from being just over one year younger than the nation as a whole to nearly four years younger.

The change is largely the result of Philadelphia’s growing young adult population, which increased by about 100,000 between 2005 and 2014. This growth happened even though the number of children in the city 17 and younger dropped by roughly 40,000.

Some of the recent changes in Philadelphia’s demographic makeup have matched urban trends nationally, but this decline in the median age is not one of them. Still, there does appear to be something of a regional trend at work here.

The median age fell by a year or more in seven of the nation’s 30 largest cities, with four of them on the East Coast. The seven are Baltimore, Boston, Louisville, Nashville, Oklahoma City, Philadelphia, and Washington, which had the largest decline.

Philadelphia is by far the biggest of the seven cities that got significantly younger. In fact, it is the only city among the nation’s 20 most populous where the median age fell by at least a year.

These data, which come from the U.S. Census Bureau’s American Community Survey, show Boston with the lowest 2014 median age among the 30 cities, at 31.7 years, and San Francisco with the highest, at 38.6.

Philadelphia: The State of the City, A 2016 Update

Philadelphia: The State of the City, A 2016 Update