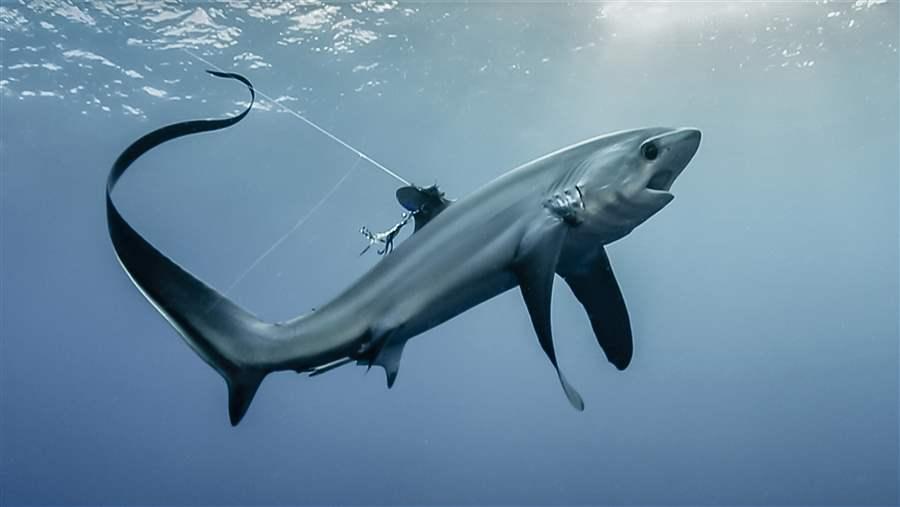 Thresher populations have declined by more than 90 percent in some ranges.

Momentum continues to build for the conservation of certain shark and ray species, with good news coming out of the February meeting of the governments that have signed on to the Sharks Memorandum of Understanding from the Convention on the Conservation of Migratory Species of Wild Animals (CMS).

At the meeting in San Jose, Costa Rica, 39 countries and the European Union unanimously supported further protections for 22 vulnerable and depleted species.

The group agreed to conservation priorities that include valuable safeguards for several species already listed by the Convention on International Trade of Endangered Species of Wild Fauna and Flora (CITES), such as hammerhead sharks and sawfish. But some of the listed species, such as thresher and silky sharks and mobula rays, still lack adequate protections over much of their migratory range.

That can be addressed in September when most of the memorandum’s signatories meet again in South Africa at CITES’ 17th Conference of the Parties (CoP). They are among the 182 governments that make up the international agreement to ensure that international trade does not threaten the survival of vulnerable species. At the conference, the parties will consider Appendix II listings for mobula rays as well as thresher and silky sharks. The listings would boost global protections by mandating that all continuing trade in these species be sustainable.

These recent actions have been spurred by leadership from the governments of Sri Lanka, the Maldives, and Fiji, which submitted the CITES Appendix II proposals. Sri Lanka is seeking the protection of three species of thresher shark, while the Maldives proposed the same for silky sharks and Fiji proposed protecting nine species of mobula ray.

Over the course of the weeklong CMS meeting, delegates from Sri Lanka and Fiji urged signers of the memorandum to support the CITES listings as well. 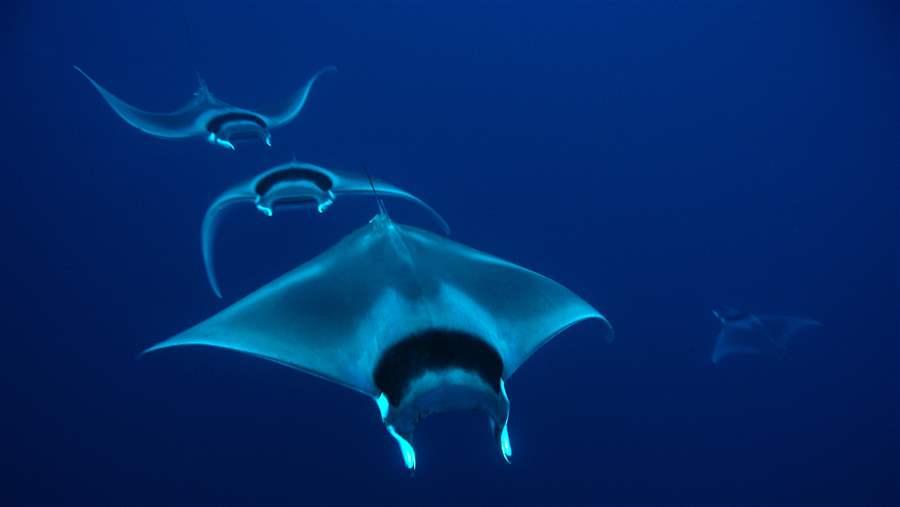 Some mobula populations have declined more than 90 percent.

“As a country that relies on the health of its marine ecosystems for both ecotourism and sustainable fisheries, Fiji is committed to ensuring all species of mobula rays are protected and calls upon governments around the world to support the Appendix II CITES listing and halt the dramatic decline of these species,” said Saras Sharma, Fiji’s head of delegation at CMS.

“The progress gained at the CMS MoU meeting to further protect sharks is a clear indication that the international community is committed to ensuring the survival of vulnerable shark and ray species,” said Daniel Fernando, marine adviser to Sri Lanka’s minister of sustainable development and wildlife. “We are eager to see an equal show of force at the CITES CoP in South Africa.”

Unlike other fish, most shark and ray species, including thresher and silky sharks and mobula rays, grow slowly, are late to mature, and produce few young. That makes them intrinsically vulnerable to overfishing. Because these are some of the most vulnerable animals in the ocean, the commitment through CMS, and the potential for further action through CITES, is necessary if the remaining depleted global populations are to be safeguarded.

It is exciting to see such a strong commitment from island countries to save the sharks and rays that play a key role in their abundant marine ecosystems. We hope that governments worldwide heed their call and continue this strong momentum to better protect and manage the world’s sharks and rays.