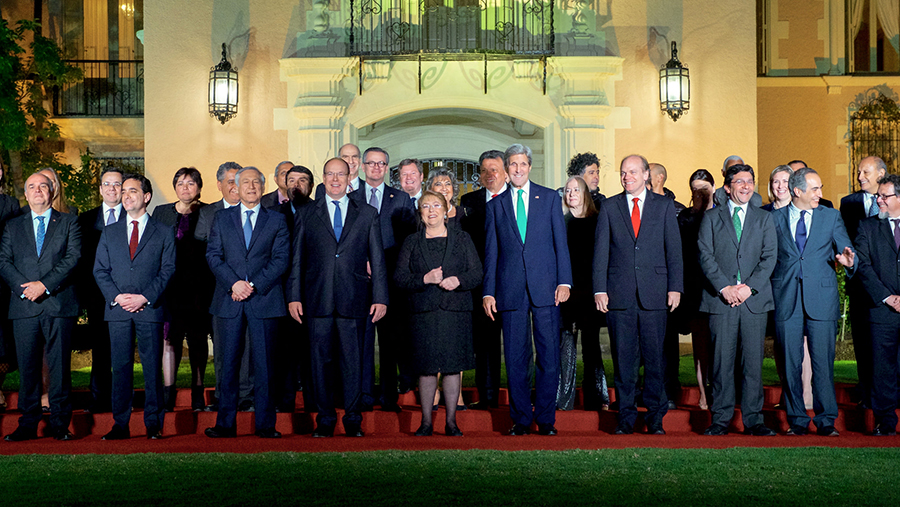 In 2015, the European Union issued warnings to Comoros; Taiwan, Province of China; and Thailand and banned seafood imports from Sri Lanka.

Note: This article is part of the series Ending Illegal Fishing 2016

Strong leadership is critical in the fight against illegal fishing. In 2015, European Union leaders continued to use their successful red and yellow card system. Under this system, countries that fail to enforce fisheries rules first receive a yellow card—a warning—and if they fall short in making changes, they are then issued a red card, barring them from exporting seafood products to the EU. In 2015, the EU issued warnings to Comoros; Taiwan, Province of China; and Thailand and banned seafood imports from Sri Lanka, the only country to receive a red card last year.

U.S. officials also showed strong leadership, joining Chilean officials in hosting the second Our Ocean conference in September to focus public attention on the threats facing the marine environment, including illegal fishing. The United States took another important step by ratifying the Port State Measures Agreement. That action marked a major achievement for the task force established by President Barack Obama in 2014 to fight illegal, unreported, and unregulated fishing. Last October, the U.S. also launched Sea Scout, a global initiative to help governments and stakeholders cooperate to make the best use of new technologies for at-sea fisheries enforcement.

Elsewhere, the leaders of the FISH-i Africa network continue to prove that regional cooperation and information-sharing are keys to combatting illegal fishing. Thanks to strong collaboration, the seven FISH-i Africa countries have set up an effective monitoring system that has led to successful actions against several notorious illegal fishing operators. It also has increased their capacity and confidence to act against the perpetrators. As a result, large fines have been paid to member countries, and license revenues have increased significantly in some nations as onetime illegal operators have begun following the rules. This year, the group of southeast African coastal states will add Somalia as a member.

The third Our Ocean conference will be hosted by the United States in September. Also this year, the United Nations Food and Agriculture Organization will hold its sixth implementation workshop on the Port State Measures Agreement. The workshop will focus on the role, responsibilities, and obligations of port states. Organizers want to boost the knowledge and skills of port inspectors as they prepare for the agreement to enter into force.