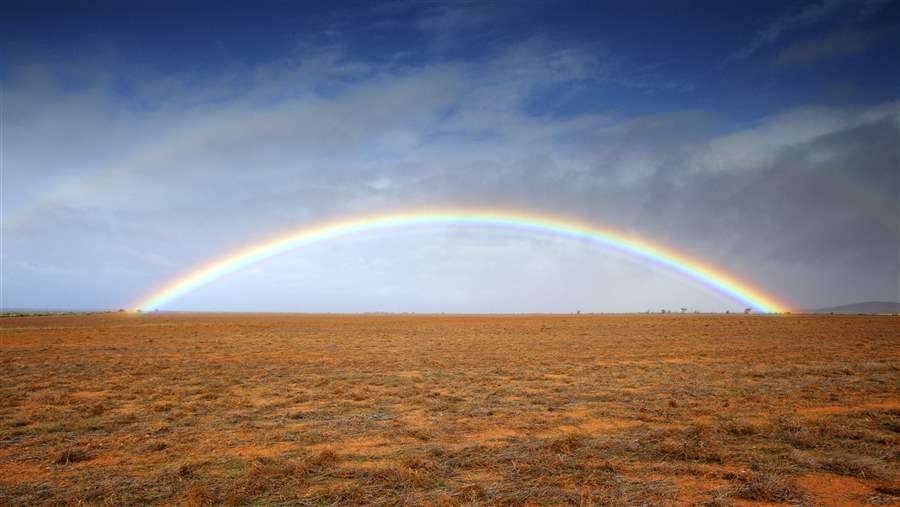 It’s no secret that we West Australians are achievers. We are resourceful, pioneering, and independent by nature. These character traits helped us become famous overseas, picking up Olympic gold medals, Oscars, and even, arguably, the gong for creating the pavlova.

While Herb Elliott’s running and Heath Ledger’s acting skills are legendary, and Bert Sasche’s pavlova recipe continues to challenge the crown that the Kiwis claim, many of WA's greatest characters remain largely unheralded here at home.

With tenacity and know-how, our heroes and heroines of the Outback forged much of WA’s identity and fortunes. While the people of Outback WA have generated much wealth for the state, laws governing what they can do have failed to keep pace with their economic and social needs, as well as those of the land.

Sweeping reforms announced last week by the WA Government may now help to create a modern Outback and usher in a new era of pioneering spirit – one that we all can celebrate, for it may just save the heart of this great state.

Unprecedented events that started in the year that just ended set in train a litmus test of conviction politics. Reform of the leasehold system governing much of the Outback has stalled on the desks of ministers since before the 1940s, despite repeated reviews, inquiries and scientific reports.

On July 1, the largest real estate transaction in WA’s history took place with the rollover of 507 pastoral leases, stretching from the Kimberley to the Nullarbor and covering almost 40 per cent of the state.

After the rollover, the focus shifted to a government promise to reform the pastoral leasehold system and to laws governing what’s known as the rangelands of Outback WA, which cover 90 per cent of the state. It is now critical that the government follow through on this promise; otherwise the landscapes and livelihoods in many parts of the Outback will continue to decline.

The current law restricts pastoral leaseholders to a commercial business running sheep, cattle, or goats—the only primary use permitted on 90 million hectares of Outback WA. If someone wants to run a tourism business, manage the land for conservation, or launch any of a number of other enterprises, he or she does so on uncertain legal foundations—and have no long-term security as a result. And that must change.

The leasehold law reflects WA’s formative years, when wool, mutton, and beef were the only significant economic products that Outback stations produced. The law worked fine 150 years ago and established pastoralism as a mainstay of our economy in the 1800s through to the 1950s.

The model encouraged bold entrepreneurialism, such as that of Dan MacDonald and his brothers, who in 1882 embarked on one of the longest cattle drives in Australian history, from NSW to the Kimberley, where they developed the now iconic Fossil Downs cattle station.

The MacDonald family was renowned for exercising smart land management of Fossil Downs. While many stations experienced a decline in the productivity of native pastures following the golden years of the early to mid-1900s, Fossil Downs saw its yield increase over time. The owners, who sold Fossil Downs in July last year to mining magnate Gina Rinehart, hand-collected seed from bountiful pastures and redistributed it over the rest of the property. They also practised rotational grazing of livestock, which allowed areas of land to recover from heavy feeding.

Such pastoralism should be integral to WA’s future. But some current pastoral leases, no matter how well managed in running cattle, sheep, or goats, aren't commercially sustainable as grazing operations; the land is too poor or too remote from markets.

As a result, many people in the Outback are now calling for government to allow them greater options to sustain their families, their businesses, and the health of the land. Such conservation and tourism practices will have less impact on the land.

By loosening lease laws and encouraging innovative management approaches to the rangelands, the government would attract more people to WA’s Outback, thus diversifying the economies of remote regions and helping the land itself. For without active land management, the Outback will suffer.

The idea of drawing more people to the Outback in order to save it may seem counterintuitive—isn’t nature best left alone?—but a growing body of research shows that the Outback needs hands-on management by people to limit the damage wrought by wildfires, feral animals, and noxious weeds.

One peer-reviewed study, commissioned in 2014 by The Pew Charitable Trusts, found that the Outback’s future health depends on having more land managers, not fewer.

For the government, this chance to reshape management of the Outback is a once-in-a-generation opportunity. If it fails to deliver this time, we will have left a legacy of a further degraded landscape. But by taking the brakes off opportunity, the government can show that it believes in the future of the Outback—and in the pioneering spirit of West Australians.