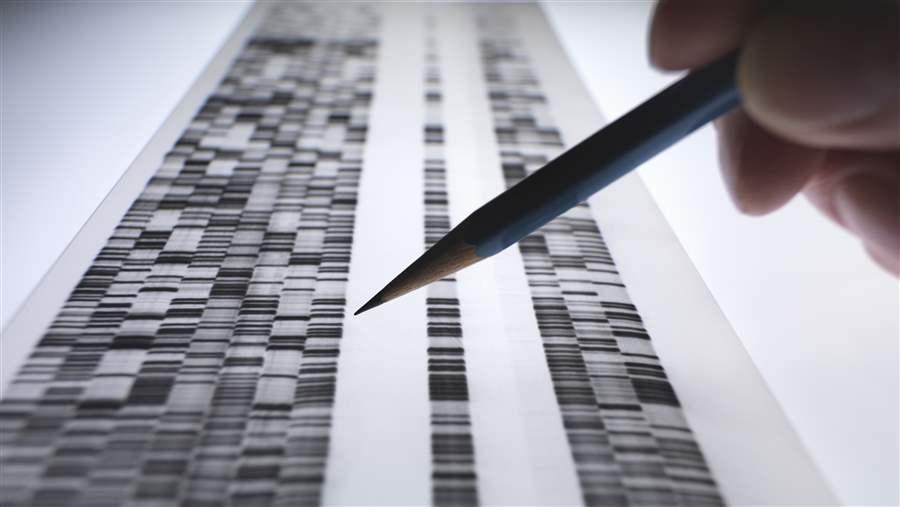 Jeannie T. Lee, M.D., Ph.D.,  a 1999 Pew biomedical scholar and  professor of genetics and pathology at Harvard Medical School, has been named winner of the 2016 Lurie Prize in Biomedical Sciences by the Foundations for the National Institutes of Health (FNIH). Since 2013, the Lurie Prize has recognized scientists who demonstrate extraordinary potential in the biomedical sciences. Lee received the 2016 award for her groundbreaking work in epigenetics, the study of variations or traits resulting from modifications to specific genes without a change in the genetic code.

Lee studies epigenetic regulation, a mechanism for controlling which genes get “turned on” and “turned off” through DNA modification. She is working to understand how specific forms of RNA transcripts—known as long noncoding RNAs (lncRNAs)—interact with DNA to control gene expression during the development and formation of disease. Her pioneering work could revolutionize the field of epigenetics by identifying the biological function of lncRNAs and understanding their value in treating cancer and diseases such as Rett syndrome and Fragile X syndrome.

The fourth recipient of the prize, Lee is the third scientist associated with Pew’s biomedical programs to be recognized by the FNIH. Ruslan Medzhitov and Jennifer Doudna, both members of the Pew Scholars Program National Advisory Committee, are also Lurie Prize winners. Each of these honorees embodies the spirit of Pew’s programs: a commitment to pursuing novel avenues for research and translating exciting discoveries into practical treatments for disease.

Lee’s award will be presented at the FNIH award ceremony in Washington on May 18.

Pew scholars Maria Barna, Ph.D., and Carolyn McBride, Ph.D., were named winners Sept. 1 of the 2016 Rosalind Franklin Young Investigator Award. Given every three years by the Genetics Society of America, this prestigious award recognizes outstanding genetic research by women early in their independent faculty careers. Barna and McBride were honored for their diligence, creativity, and promising contributions to the field of genetics.