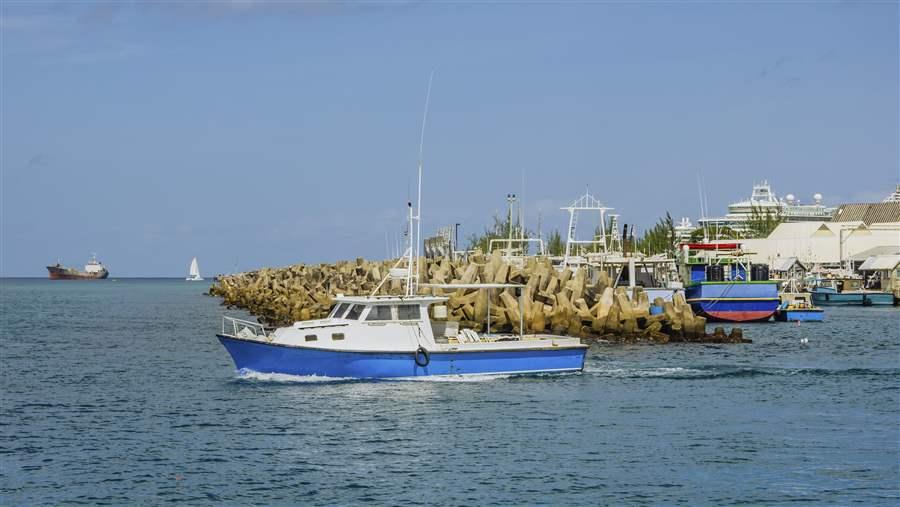 Over the years, the government of Barbados has emphasized environmental conservation to counter overfishing surrounding the island.

Barbados is now an official party to the Port State Measures Agreement (PSMA), the international treaty designed to stop illegal, unreported, and unregulated (IUU) fishing around the globe.

The United Nations Food and Agriculture Organization this month recognized the Caribbean island nation’s ratification of the PSMA. Members of the organization adopted the agreement in 2009. It will go into effect once it has been ratified by 25 governments. So far, 20 have done so.

IUU fishing continues to threaten effective conservation and management of fish stocks in the wider Caribbean Sea. Most fish targeted by fishermen in the region are fully exploited or overexploited. Illegal fishing causes economic losses for Caribbean countries and jeopardizes the region’s food security.

International industrial fleets fish offshore and on the high seas of the western central Atlantic Ocean, vast areas that are difficult to manage and monitor. Small island developing states such as Barbados would benefit from the PSMA because it would empower them to exert greater control over their waters and shared fish stocks. It would also help increase the transparency of fishing operations.

The PSMA is a critical tool in the worldwide fight to end illegal fishing, which is estimated to account for up to $23.5 billion worth of seafood every year. That translates into 1 in every 5 wild-caught marine fish. IUU fishing not only threatens the health of the world’s oceans but also undermines the social, environmental, and economic security of countries whose economies rely heavily on seafood.

Nations that ratify the agreement must strengthen and harmonize port controls on foreign-flagged fishing vessels. They also agree to deny port entry to vessels suspected of engaging in illicit fishing. Under the PSMA, countries must share information about vessels that have been denied entry and notify neighboring countries about those actions. Such standardized reporting and exchanges of information are expected to improve port level data on vessel activity and fish landings.

Over the years, the government of Barbados has emphasized environmental conservation to counter overfishing and to preserve offshore coral reefs surrounding the island. With nearly 90 kilometers of coral reefs and two protected marine parks, the country is committed to mitigating the impact of human activities on its coastal regions.

Now that Barbados has been added to the roster of governments that have ratified the PSMA, the treaty is closer to going into effect. That looks likely to occur later this year.