Officials from the National Guard, the Federal Emergency Management Agency (FEMA), and the National Oceanic and Atmospheric Administration (NOAA) participated in a discussion about the federal recovery and response infrastructure at a Feb. 1 event hosted by The Pew Charitable Trusts titled “Extreme Weather—Our Nation’s Response.”

Since Hurricane Katrina in 2005, federal agencies have strengthened the nation’s emergency response system through better coordination, advance forecasting of severe weather events, and faster deployment of personnel during natural disasters. In the decade since, weather events have become more frequent and complex: Ten of the weather and climate emergencies that NOAA recorded in 2015 cost more than $1 billion each.

The speakers discussed the U.S. response to natural disasters, the expanding mission of the National Guard, and the growing role of interagency coordination in planning and preparing for events ranging from floods and droughts to major storms, hurricanes, tornadoes, and earthquakes.

On a typical day, 4,000 National Guard members are responding to emergencies across the United States in support of state and local governments, said Maj. Gen. Robert Livingston, the adjutant general of the Army for the South Carolina National Guard. 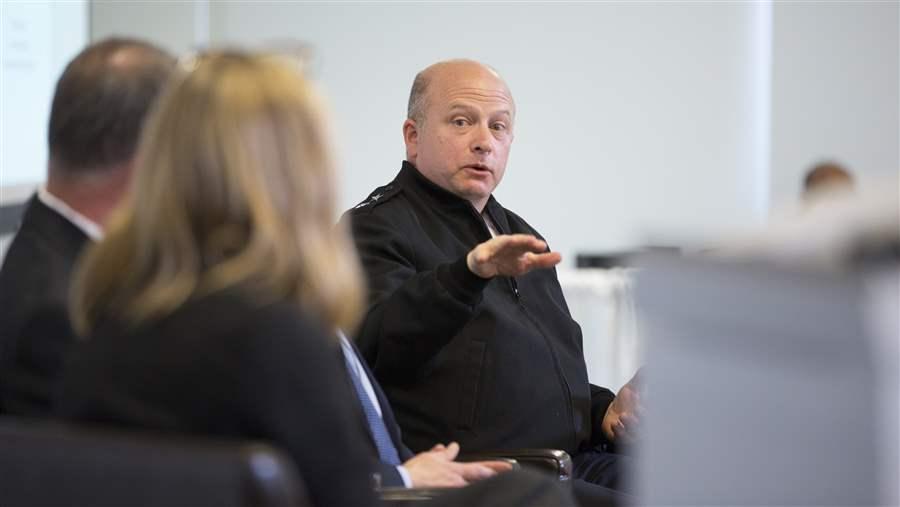 Maj. Gen. Robert Livingston of the Army National Guard of South Carolina said the guard aims to be on the street the minute a storm ends, or possibly before.

With the help of NOAA’s advanced radar technology and its National Weather Service, the National Guard is able to respond within hours of an extreme weather event. NOAA is increasing its capability to forecast these storms’ development as well as their magnitude and frequency, not just in the days and weeks to come but in the decades ahead, said Dr. Richard Spinrad, NOAA’s chief scientist.

“Floods, tornadoes, hurricanes, and major storms—what you see is a pattern of increased weather disaster event types. It is literally biblical in nature,” Spinrad said. “It demonstrates a trend, and we are seeing more kinds of these disasters.”

FEMA Deputy Administrator Joseph Nimmich said federal agencies have created a joint planning process to address the most difficult natural disasters. In the past three decades, the number of major events has increased exponentially, he said.

After Katrina, FEMA’s disaster response system was revised. The agency now has the authority to deploy personnel and other resources to an area ahead of predicted weather events as part of a coordinated federal response under the direction of the state and local governments. Previously, FEMA’s services were provided only when a governor requested assistance. 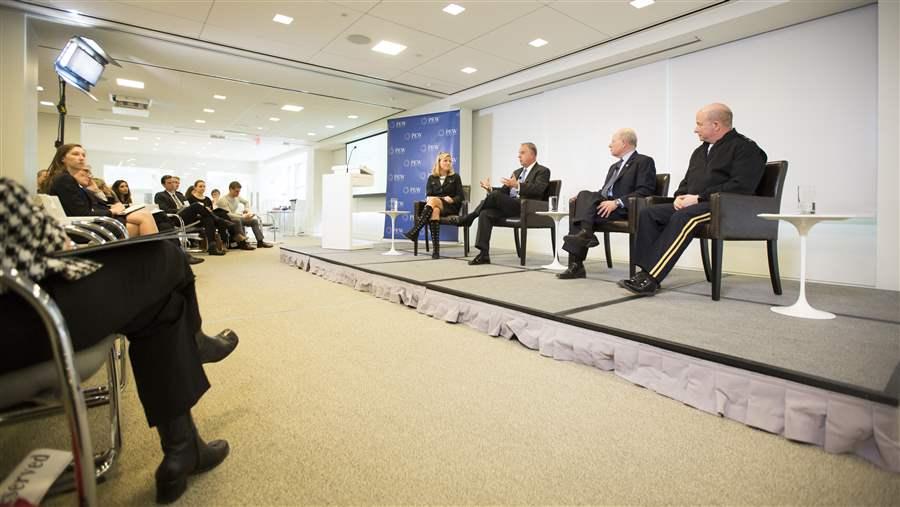 A panel of experts discusses trends in extreme weather over the past decade and the impact of more frequent and complex weather events on the U.S. natural disaster response framework.

FEMA wants to stabilize the situation within 72 hours after a natural disaster, Nimmich said, and the agency plans and trains for the worst possible scenario. “We’re planning for what we need to do, not what we’re capable of doing,” he said. “That is a dramatic mental change that didn’t exist before, and through planning with our partners in the National Guard, we are making huge efforts to move forward.”

When over 24 inches of rain fell in one night in 2015 and caused historic floods in South Carolina, the response was coordinated and expedited because of the ability to predict storms, Livingston said. The National Guard positioned its equipment on the eve of the storm and transported sandbags to areas most likely to be affected. The guard aims to be on the street the minute the rain stops or even before, Livingston said.

“We were predicting [the flooding] two days in advance, and we’re putting people on the ground because of predictive analysis,” Livingston said. “The governor and others can then get the message to the people of what to expect, how long it’s going to be, what the river and water is going to do, and where you can go to evacuate.”

Through coordinated post-damage assessments, Spinrad said, the agencies determine how accurate the forecast was and what they can do better next time. How much information they have about severe weather events, how precise it is, and how fast they have it affect the outcome of the response effort. Better, more complete, and timely data could save lives.

Please join us for an expert presentation on trends in extreme weather over the past decade and the impact of more frequent and more complex weather events on national preparedness and on the United States&rsquo; natural disaster response framework.