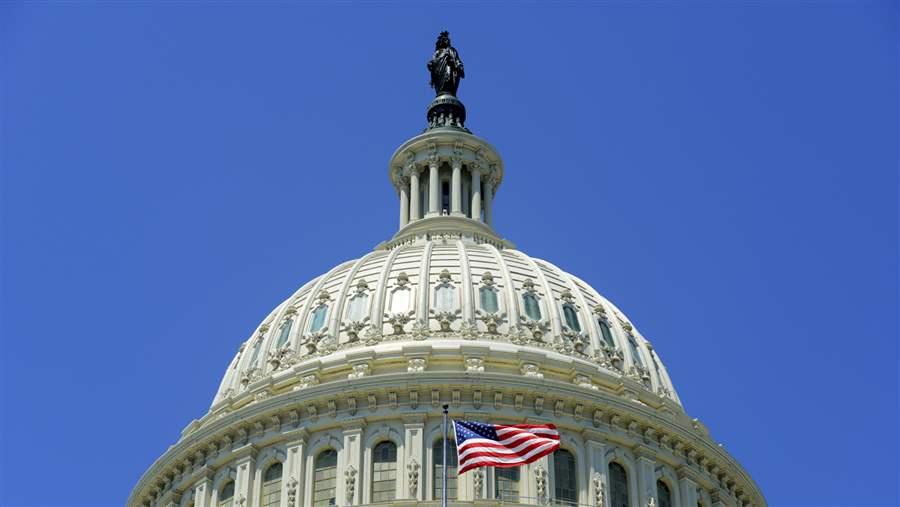 Last month, the congressionally created bipartisan Charles Colson Task Force on Federal Corrections released a report with recommendations that build on lessons learned in the states to improve federal sentencing and corrections policy. The task force lays out a compelling set of reforms Congress can enact to cut federal imprisonment and its related costs—which have skyrocketed 518 percent and 595 percent, respectively, since 1980—while protecting public safety.

Since 2007, more than 30 states—including Texas, Georgia, Oregon, and Connecticut—have adopted changes, typically with overwhelming bipartisan support, that steer lower-level offenders into prison alternatives that work better and cost less. The reforms have helped stabilize the prison population: The nation’s incarceration rate retreated to 1 in 111 adults at the end of 2014 from its high of 1 in 100 in 2007. Meanwhile, crime is falling faster in the states that took steps to reduce their imprisonment rates than in states that did not.

The Colson Task Force benefited from having several members who led reforms in the states. Key players included John Wetzel, a career corrections officer who now directs Pennsylvania’s prison system, and Jay Neal, who championed reform as a legislator in Georgia and then became a top aide to Governor Nathan Deal to help ensure that the changes were faithfully implemented.

Guided by this expertise and a wide array of other perspectives, the task force applied two of the central themes of the state reforms: prioritizing prison space for violent and chronic offenders and strengthening the supervision and treatment programs that support re-entry and help offenders become productive, law-abiding members of their communities.

To be sure, the federal and state corrections systems are different, and the federal government has a unique role in several law enforcement areas, especially the international drug trade. Still, today’s federal sentencing and corrections laws are not providing taxpayers with a strong public safety return on their investment.

Through its policy recommendations, the Colson report implicitly backs the compromise Sentencing Reform and Corrections Act, which advanced out of the Senate Judiciary Committee on a bipartisan vote last fall. Key provisions in both the bill and the report scale back certain mandatory minimum sentences and allow inmates to earn credits to shorten their time behind bars. But the Colson report also demonstrates that Congress can and should do more. Among other things, the task force proposes the outright elimination of mandatory minimum sentences for all but the most serious drug offenders and the creation of a more robust earned-time program to encourage inmate participation in evidence-based programs that reduce recidivism.

Responding to the crack cocaine epidemic and the violence it spawned in the 1980s, Congress passed laws that sent more drug offenders to prison and required them to stay longer. As a result, drug offenders today make up about 50 percent of the federal prison population, and the nearly $7 billion Bureau of Prisons budget now accounts for approximately 1 in 4 Justice Department dollars, crowding out funding for law enforcement agencies and prosecutors.

The report’s recommendations incorporate proven, common-sense solutions that the public strongly supports. Opinion surveys consistently find that about three-quarters of likely voters believe it is possible to have safer streets and fewer inmates. Furthermore, the task force estimates that its proposed reforms would save taxpayers about $5 billion by 2024.

The evidence from the states and from American voters lines up solidly behind more sensible and fiscally sound corrections policy. It’s time for Congress to catch up, and the Colson Task Force has helped pave the way.