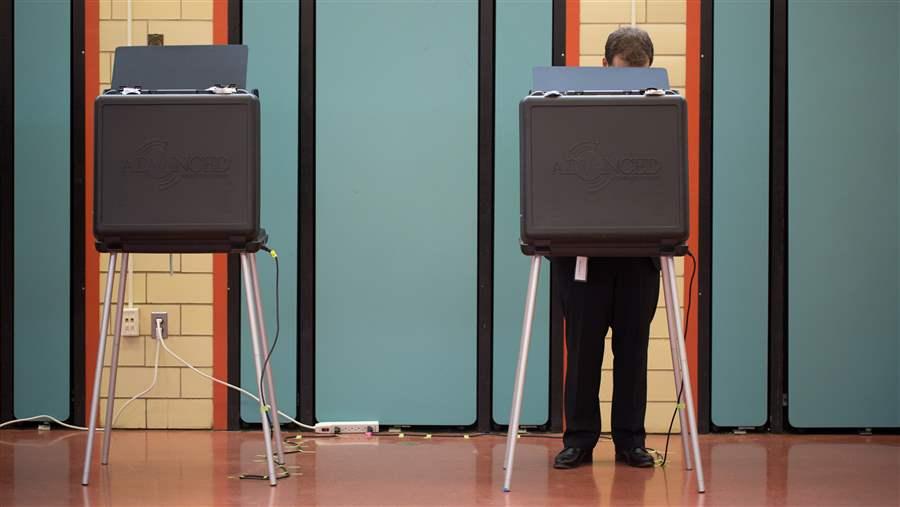 Data from the United States Election Project indicate that national turnout in November 2014 was less than 37 percent.

The Stanford Social Innovation Review published on Feb. 11 2016 an article by election initiatives director David Becker about two new approaches to improving U.S. voter turnout, which has declined significantly in recent years despite improvements to election technologies and administration.

“Thanks to technological advances, it’s never been easier for the majority of US voters to get election information and cast their ballots. Most Americans can now go online to register to vote, choose to vote early, and vote by mail—millions have ballots automatically mailed to their homes for each election—and, thanks to the Voting Information Project, Google, and other partners, receive polling place and ballot information with a simple swipe on their smartphones…”