The proportion of American adults under correctional control—incarcerated or on probation or parole—declined 13 percent from 2007, when it reached its peak, to 2014, according to a Pew analysis of data released last month by the federal Bureau of Justice Statistics.1

About 6.8 million adults, or 1 in 36, were under federal, state, or local correctional control at the end of 2014, down from approximately 7.3 million adults, or 1 in 31, seven years earlier. The adult incarceration rate, which includes offenders in state and federal prisons and local jails, dropped 10 percent during that span, from 1 in 100 to 1 in 111. And the adult community supervision rate, which comprises those under the supervision of federal, state, and local probation or parole officers, fell from 1 in 45 to 1 in 52, or 15 percent. 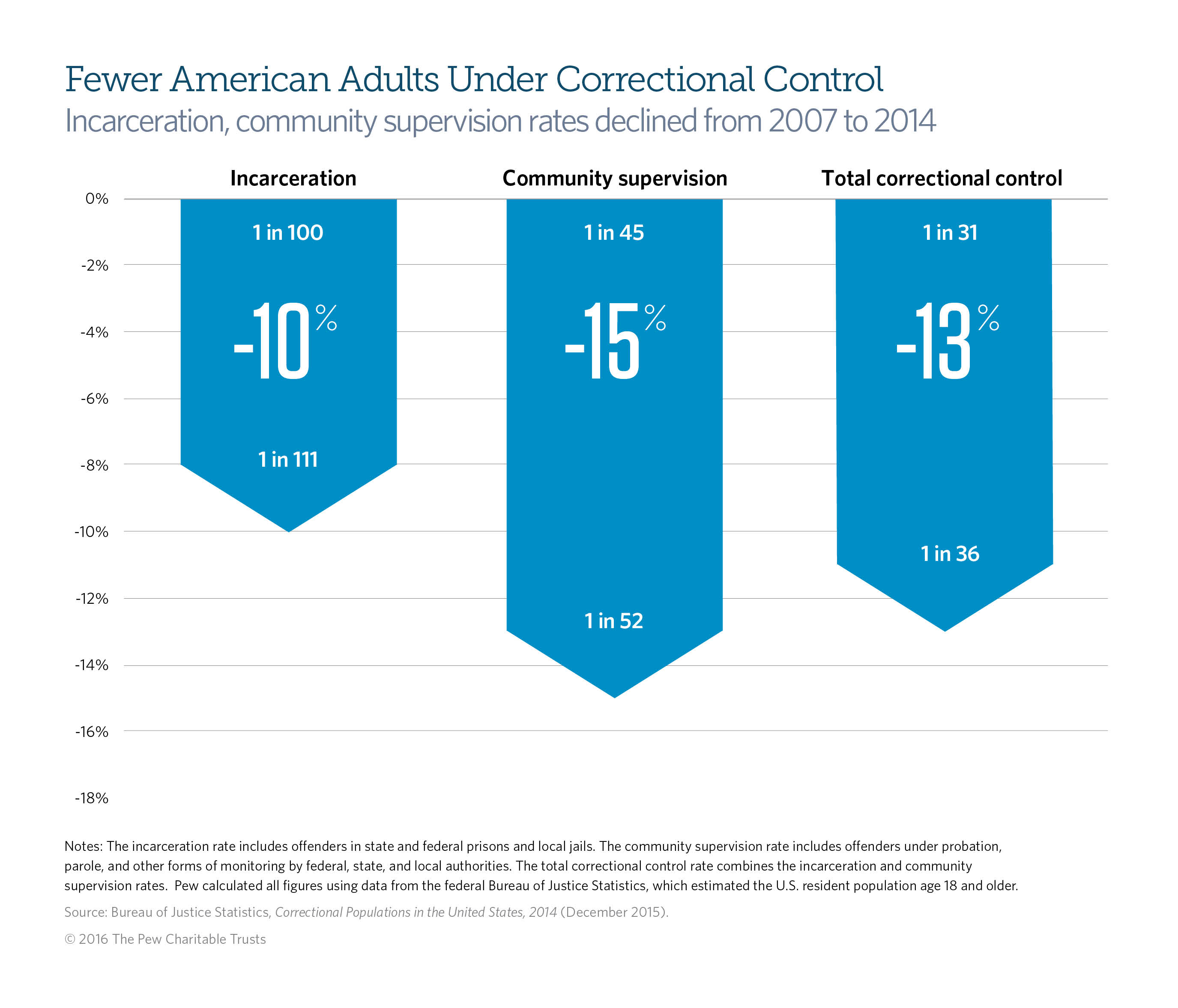 The declining U.S. correctional population comes amid a wave of state-level policy changes. Since 2007, 31 states have revised their sentencing and corrections laws through the Justice Reinvestment Initiative, a public-private partnership that includes the U.S. Justice Department’s Bureau of Justice Assistance, Pew, the Council of State Governments Justice Center, the Crime & Justice Institute, and the Vera Institute of Justice.2 Although the recent reforms vary from state to state, they all aim to improve public safety and control taxpayer costs by prioritizing prison space for violent and chronic offenders and investing some of the savings in alternatives to incarceration that are effective at reducing recidivism for low-level offenders.

The decline in the U.S. correctional control rate has also paralleled a decline in crime: Between 2007 and 2014, U.S. violent and property crime rates fell 23 percent and 21 percent, respectively, according to the FBI.3

Adam Gelb directs and John Gramlich is an officer for the public safety performance project at The Pew Charitable Trusts.