The Senate Agriculture, Nutrition, and Forestry Committee today unanimously approved the bipartisan Improving Child Nutrition Integrity and Access Act of 2016. The legislation would provide a five-year reauthorization of the Child Nutrition Act, which expired Sept. 30, 2015, and govern the national school lunch and breakfast programs. The bill will head to the Senate floor for consideration. 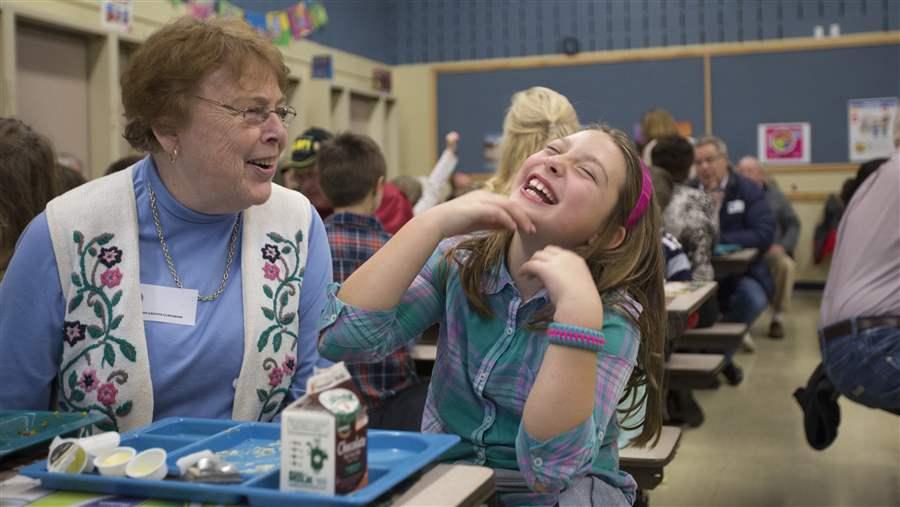 Under current nutrition standards, kids are choosing healthier foods while their participation in school meal programs has remained stable or increased in many districts.

The act would expand support for healthy meals and snacks in schools, including the establishment of loan assistance and grant programs to help school districts upgrade their food service facilities and augment staff training opportunities. These proposals are drawn from the School Food Modernization Act (SFMA), legislation sponsored by Senators Susan Collins (R-ME) and Heidi Heitkamp (D-ND), to authorize funding for equipment purchases and professional development. About 9 in 10 school districts nationwide need additional kitchen equipment to prepare healthy meals, according to a 2012 report by the Kids’ Safe and Healthful Foods Project. Representatives Lou Barletta (R-PA) and Mark DeSaulnier (D-CA) have introduced a version of SFMA in the House.

The committee’s bill would instruct the U.S. Department of Agriculture to revise nutrition standards for school lunches to allow schools to occasionally serve products made with less than 50 percent whole grain and to extend until 2019, instead of 2017, a deadline for schools to reduce meals’ average weekly sodium. The proposal would not change other requirements for meals, snack foods, and drinks served to students: Schools will continue to include at least a half-cup of fruits or vegetables with each lunch and to offer lean protein entrees, fat-free or low-fat milk, water, and a variety of produce during the school week. 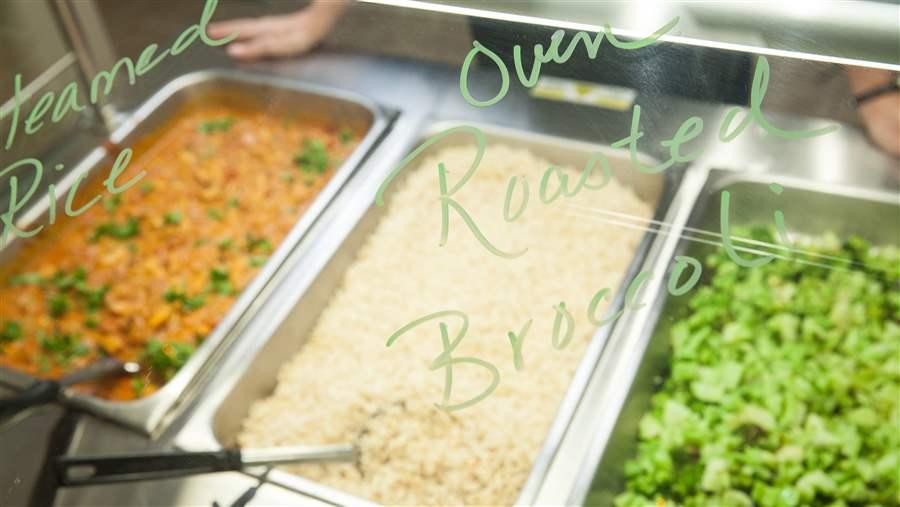 With support from the school board and community, Menomonie High School in Wisconsin was able to upgrade its kitchen to improve menu options and efficiency.

Schools have made impressive progress in promoting healthier choices and habits since Congress last reauthorized child nutrition programs in 2010. Research shows that students are eating more fruit and finishing larger shares of their entrees and vegetables. Cafeterias are offering a wider variety of delicious, healthy foods with the nutrients that all kids need. Further, the high-calorie snacks that used to fill vending machines and a la carte lines are largely a thing of the past. These are important steps forward for America’s children, who on average consume too much salt and saturated fat and too few fruits, vegetables, and whole grains.

Still, our work to ensure that kids get the nutrition they need to succeed is far from finished. Sign up on the right for the Kids’ Safe and Healthful Foods e-mail list to get the latest school nutrition research and policy news delivered to your inbox. 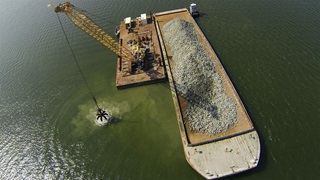