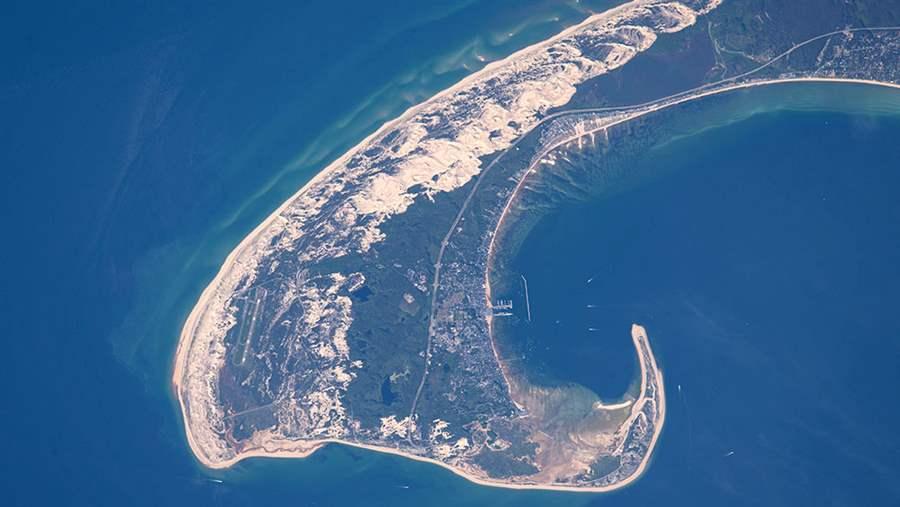 Getting the big picture: An astronaut aboard the International Space Station captured this 2015 image of the northern tip of Cape Cod.

Perched aboard the International Space Station some 240 miles above the Earth, an astronaut trained a camera last July on one of the U.S. Atlantic Coast’s most instantly recognizable features: the hooked tip of Cape Cod.

NASA included the picture in a list of the top 15 space station images of 2015, thanks to the striking patterns of swirling sands and what the image tells us about a landscape molded by constant change. It’s a lovely view of the place I call home, and I think it serves as a reminder of how useful it is to get a big picture on things in order to appreciate and properly respond to the changes that affect us here.

If you were to zoom in on that image, and move just a bit farther down the cape’s “bent arm” shape to the very elbow, you’d arrive at the town of Chatham. There you could get another telling snapshot of changes underway as boats unload the day’s catch at the Chatham Fish Pier.

You wouldn’t see many of the cape’s namesake fish, unfortunately. Cod populations have plummeted to historic lows as a result of chronic overfishing, damage to fish habitat areas, and the additional stress from warming waters. What you’ll likely see instead are flat skates or the small sharks known as dogfish sliding along metal chutes to be packed into ice and loaded onto trucks.

Fishermen who could earn a living here as recently as the 1990s by pulling up cod with hand lines and hooks are now trying to adapt by investing in ways to market the less valuable fish that are available today. Science indicates that still more changes are on the way.

Researchers have documented the movement of fish in response to warming, with many species heading north to cooler waters. This means that the waters around Cape Cod could see an influx of new types of fish and further reductions in the numbers of others. Higher sea temperatures are also having a negative effect on the growth and reproduction of some fish, such as cod, making recovery from past depletion even more difficult.

This rapid change presents new challenges for regional and federal officials charged with managing the fishery. Can newly arriving species be sustainably fished? What happens to the food web as the numbers and types of predators and prey in an area shift? How will warming waters affect the productivity of an ecosystem?

Our current method of managing fishing—for all the benefits it has given us—is not well-suited to addressing these types of questions. Scientists and managers largely work by measuring and establishing catch limits for one fish species at a time and do not, for the most part, take ecosystem changes such as temperature into account.

We need some way to better grasp the big picture of what is happening, and scientists have developed what’s called ecosystem-based fisheries management to do just that. Using this method, decision-makers incorporate a broad range of data about the physical environment, the interactions of predators and prey, the ocean habitat, and the effects of human activities. With that information, managers can more precisely forecast trends, anticipate the risks to fisheries, and take appropriate action to protect the health of ecosystems and the local economies that depend on them.

As lawmakers consider changes to the federal law on managing our ocean fishing, we have an opportunity to put this big-picture approach to work, so that fishing communities such as mine here on Cape Cod can adapt more readily to coming changes.