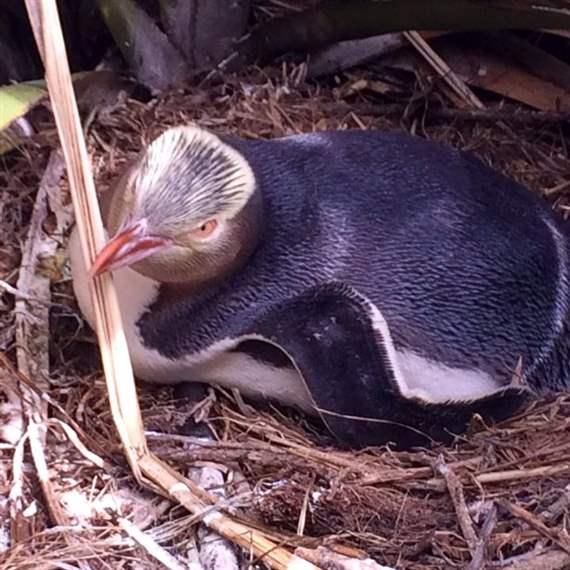 A yellow-eyed penguin in its nest.

Although much of Pew’s global penguin conservation work has focused on protecting the world-famous penguins of Antarctica, the majority of penguin species don’t live on the frozen continent. In fact, only 6 of 18 species live there, which means that many other populations of the Southern Hemisphere’s penguins are in need of conservation efforts, too. These include the endangered yellow-eyed penguin of New Zealand, which has plummeted in population size because of habitat degradation and invasive species, and now consists of only about 1,700 breeding pairs. Yellow-eyed penguins live on New Zealand’s South Island and Stewart Island and the adjacent Auckland and Campbell islands. Unlike other penguin species, they do not nest close to one another. Instead, they build nests in dense forests and leave a good amount of space between themselves and their closest neighbor. Unfortunately, much of their forest habitat was cleared for pastures for sheep and cattle during the 20th century, and predators such as ferrets were introduced, which wiped out penguin populations and has endangered their survival as a species.

But groups such as the Yellow-eyed Penguin Trust have long understood the birds’ plight and have been working since 1987 to promote smart conservation methods in the coastal forest areas these penguins call home.  And in 2016, Pew will undertake research and projects aimed at boosting work to protect yellow-eyed penguins to help them bounce back. 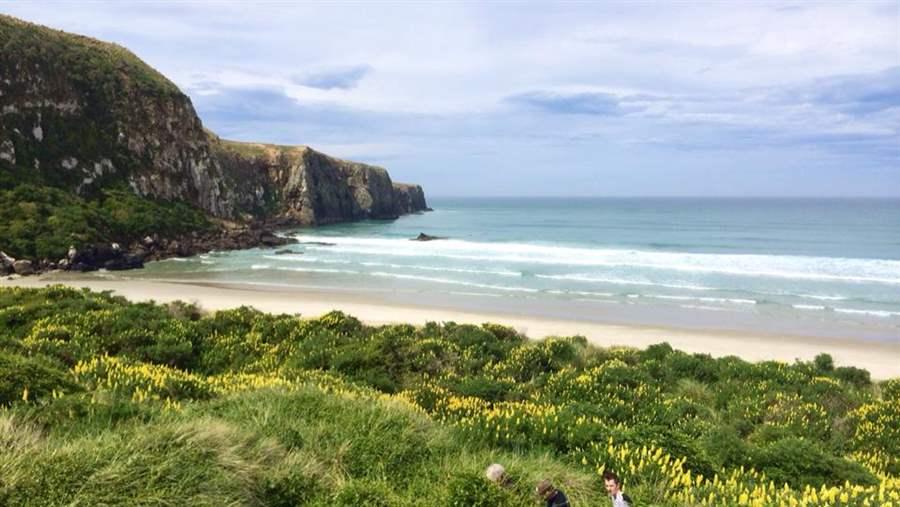 This work has many objectives, including: 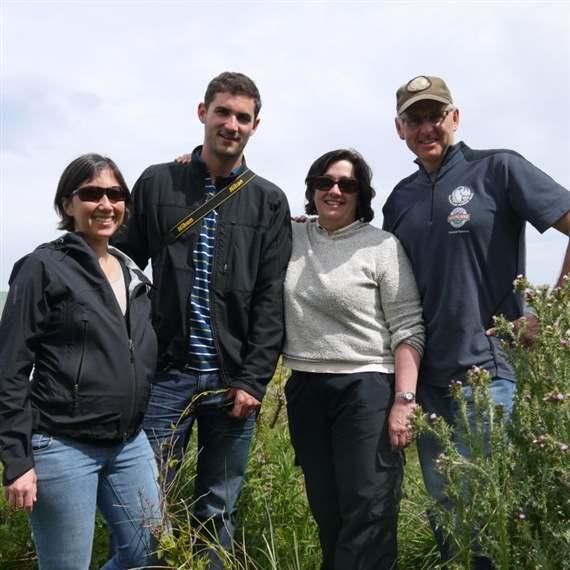 While Penguin Awareness Day most often focuses on our feathered friends in Antarctic waters, Pew thinks it’s time for other penguins of the world to get their moment in the spotlight.

Stay tuned for more information in 2016 as we become more active in New Zealand and hopefully make strides for the unique, forest-dwelling yellow-eyed penguin. In the meantime, test your knowledge with our new quiz: How much do you know about this special penguin?

What Do You Know About the Yellow-eyed Penguin?

Not all penguins live in Antarctica! Test your skills and see what you know about the yellow-eyed penguin, one of New Zealand’s most famous birds.