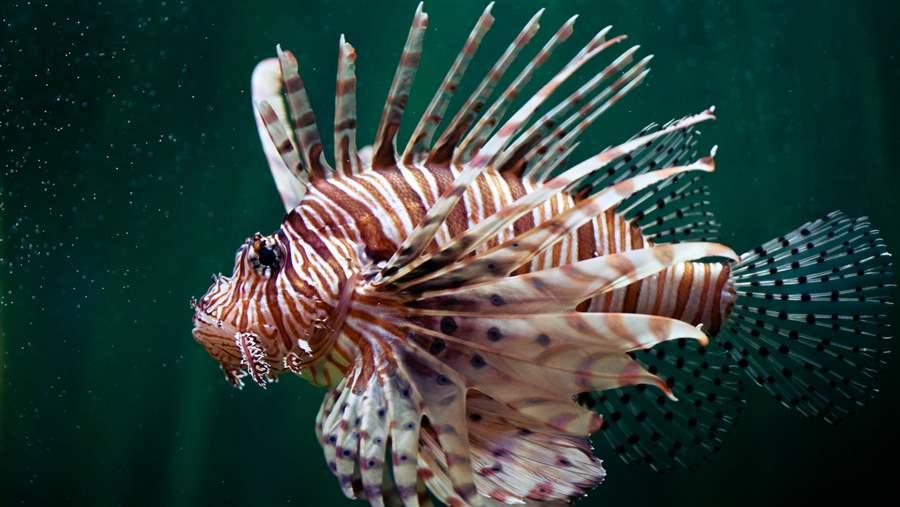 Lionfish, an invasive species from the South Pacific, has spread in U.S. waters, particularly in the Southeast and the Caribbean. Those caught by Gulf of Mexico fishermen have a chance to end up in ceviche at Carmo.

When you browse the menu at a sushi restaurant, you expect the typical options: salmon, tuna, crab, and eel. The predictability makes what is missing almost invisible—today’s local catch. Many people may not even realize that their region’s fish can be prime ingredients in sushi.

In New Orleans, chef Dana Honn has made it his mission to support local, sustainable fishermen in the Gulf of Mexico, including in the raw menu of his restaurant, Carmo. When it comes to the right fish, he has a lot to pick from: His list of Gulf fish that will work in sushi includes almost 60 species. And some of those, such as lionfish, an invasive species from the Pacific, aren’t even the ones fishermen were trying to catch; they are bycatch, the nontarget species that end up on fishermen’s hooks.

Chef Honn has learned which fishermen set the standard for the rest of the commercial fishing industry, by asking questions about how the fish is caught, where, and by what boats. An adventurous eater who enjoys a challenge, Honn has carved out a niche for customers who want to try something different and be surprised—which is not difficult, he finds, because of what he is selling.

“The seafood in New Orleans is truly as remarkable as the music,” Honn says. “We have to recognize and value what we have locally, or it will disappear.” 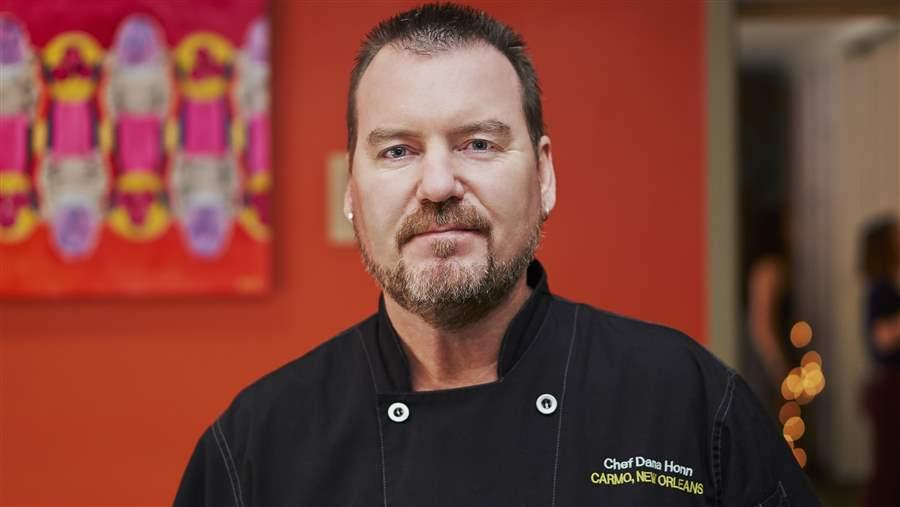 Chef Dana Honn has built a reputation for supporting conservation-minded fishermen in the Gulf of Mexico who are working to reduce their bycatch.

Chef Honn was out fishing on the day in April 2010 that the BP rig exploded—and it was the very week he had received the license for his seafood-heavy restaurant. After the spill, he witnessed the struggles of Gulf fishermen, the restaurant’s difficulty in finding local fish to buy, and his customers’ skeptical perceptions about Gulf seafood—all of which caused him to sharpen his focus even more on how people think about fish.

Honn’s own fishing experiences also made an indelible impression on him. After spending time fishing off Alaska with his brother, it stuck in his mind that well-managed, productive, and sustainable fisheries were possible.

His observations led him to think of what he could do to make Gulf Coast seafood more sustainable—and he landed on, among other ideas, using bycatch in his dishes.

Chef Honn even hosts “bycatch happy hours,” events that challenge chefs to create new dishes with seafood that is caught incidentally by fishermen targeting other species. The events are open to the public and provide a rare opportunity for fishermen, chefs, and seafood lovers to talk about local fish.

By serving fish that would have been discarded, and collaborating with fishermen who seek to reduce their bycatch, Honn is working on an individual level to address a widespread problem in fishing.

Now, besides expanding his own menu soon to include more Gulf species, he is helping a new Peruvian restaurant provide sustainable seafood and is working on a collaboration between chefs and fishermen that supports both good fishing practices and awareness among restauranteurs. 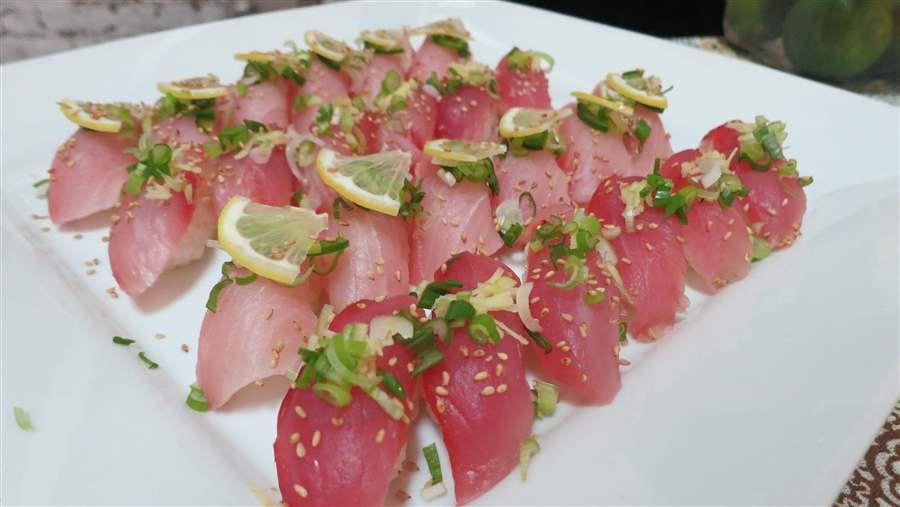 Sushi at Carmo is especially fresh because it doesn’t have to travel far from the Gulf of Mexico to the plate. The seafood featured is also diverse; chef Honn has a list of almost 60 local species that are well-suited for sushi.

How to solve the bigger bycatch problem

Truly and permanently solving the problem of bycatch, though, will take more than what even many conservation-minded chefs could do.

The reality is that fishermen discard the vast majority of bycatch at sea, tossing the dead or dying creatures back into the water. The reasons are many: Fishermen may already have too much fish to haul to shore; the bycatch fish are less valuable than the target species; the species may be out of season and therefore illegal to keep; or in some cases, the particular sea creatures are inedible.

The scale is significant: The best estimate is that bycatch makes up 1 of every 5 pounds that U.S. fishermen pull from the ocean. That statistic masks a wide variability among different fisheries—some exceptionally wasteful gears, such as drift gillnets, capture bycatch well above the average.

A problem of this magnitude must be solved by Congress through federal legislation. When the nation’s primary fishing law, the Magnuson-Stevens Act, is next amended, fisheries managers should be directed to minimize bycatch (including the amount of incidental catch that is killed) and examine how bycatch affects efforts to rebuild fish populations. The definition of bycatch also must be expanded beyond just nontarget fish to include all types of wildlife that are caught and killed in fishing gear, such as seabirds and marine mammals.