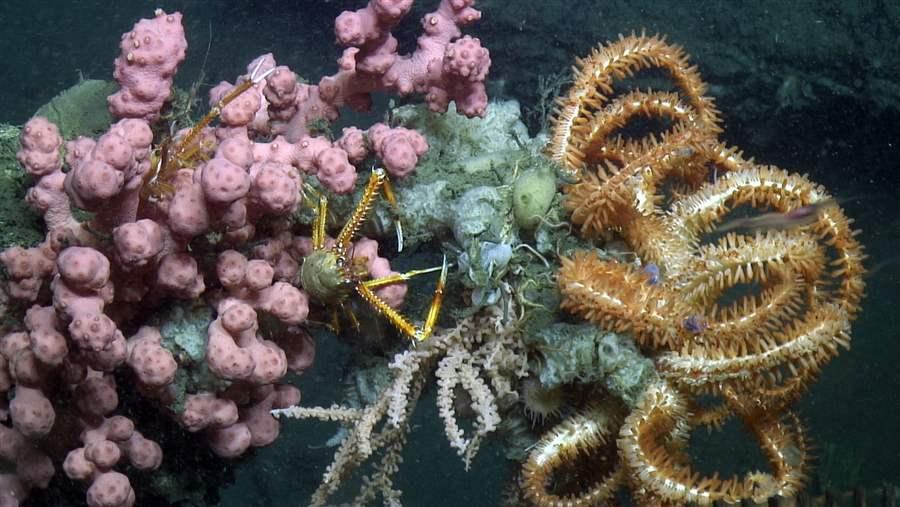 Fragile, slow-growing deep-sea corals provide habitat for an array of marine life, such as this squat lobster.

Less than 100 miles offshore from the heavily populated Eastern Seaboard lie submerged seascapes that look more like visions from another world than the cities and landmarks for which they are named.

Baltimore Canyon, Norfolk Canyon, Hudson Canyon, and others were carved by ancient rivers back when seas were shallow and the coastline was radically different. Now, these undersea canyons gouge into the edge of the continental shelf, plunging thousands of feet seaward to the abyss. 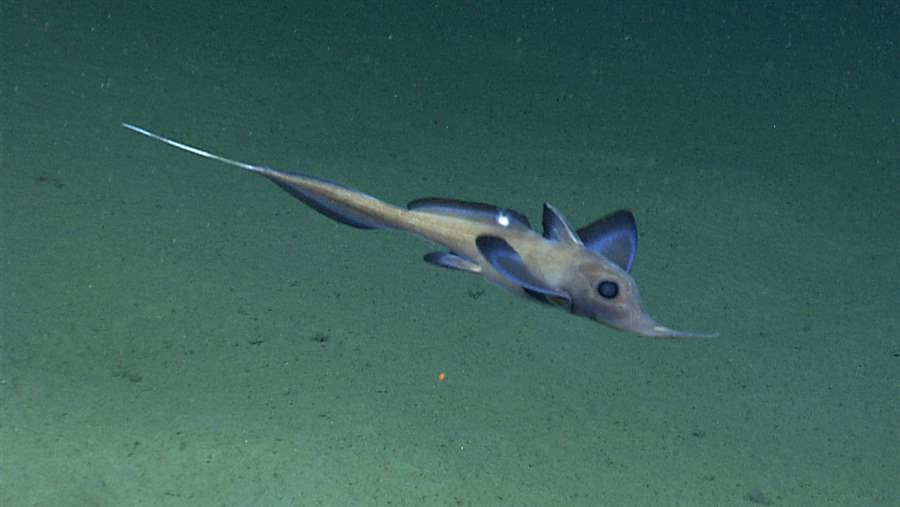 A chimaera, or ghost shark, swims in a canyon off the Mid-Atlantic coast.

Scientists, exploring these places with robotic submersibles, have upended our assumptions about the deep sea. Far from a barren seafloor, these canyons teem with life—from familiar fish, squid, and crabs to some animals so bizarre that they could easily pass for creatures in a sci-fi flick. Some of the stranger sightings here include gangly crustaceans called sea spiders; the long-nosed chimera, or ghost shark; and the comical “Dumbo” octopus, which propels itself with earlike protrusions.

Most amazing, perhaps, are the living structures known as deep-sea corals that many of these animals depend upon for habitat. Unlike the familiar corals of the warm, shallow waters, these corals are adapted to the cold, dark depths where they slowly grow. Colorful bubblegum corals form bulbous ends in bright pinks, while fan corals grow in veined sheets of maroon and brown. Many deep-sea corals are centuries old, and some are among the Earth’s oldest known living animals. 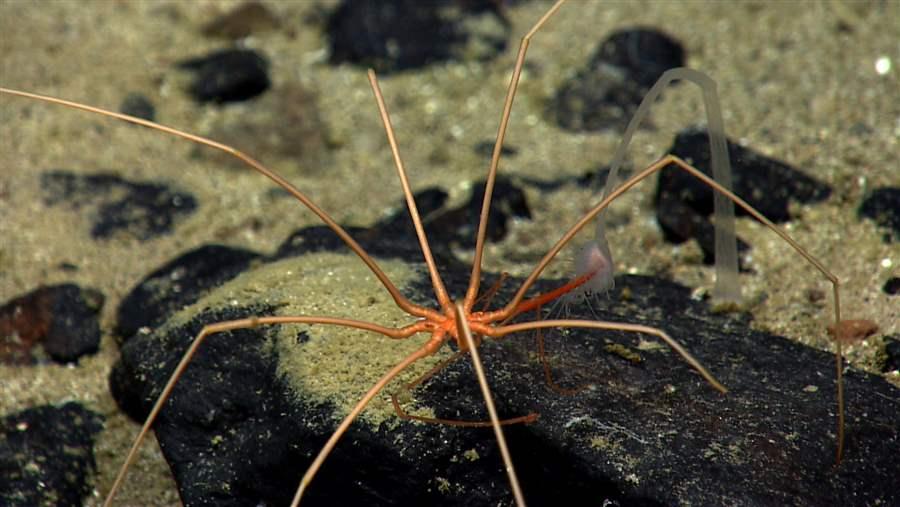 Crustaceans known as sea spiders make their home in the deep coral canyons.

As fantastic as the deep-sea corals are, they are also very fragile. Fishing gear that contacts the bottom can easily break or topple the structures. Once they are destroyed, the benefits these corals provide as habitat are lost for decades, if not centuries.

That’s why it is important to protect the havens of deep corals before industrial fishing pushes into deeper waters, risking irreparable damage. Fortunately, officials in some regions of the country are taking action. For example, on June 9, 2015, fishery managers for the mid-Atlantic region restricted damaging fishing gear in nearly 39,000 square miles (roughly the size of Virginia) along the edge of the continental shelf and beyond. The move created the largest protected area in U.S. Atlantic Ocean waters. 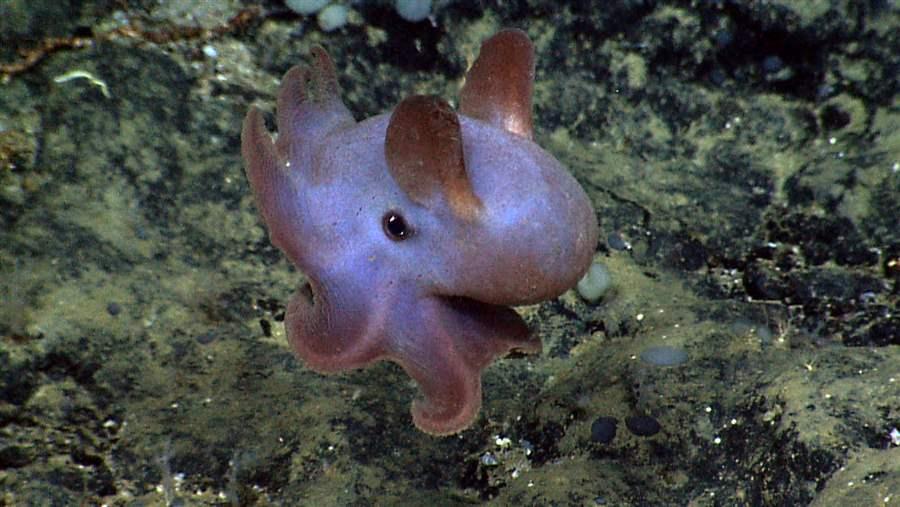 You can probably guess how the Dumbo octopus got its name.

Some other regions, however, still have little or no protection for deep corals. In New England, scientists are discovering more spectacular coral gardens and documenting damage from fishing gear. Unfortunately, fishery managers have not yet put forward a plan for protection.

Nearly 40 years ago, Congress enacted a law that gave the country a clearer mandate to manage its oceans and promote sustainable fishing practices. The Magnuson-Stevens Fisheries Conservation Act, as it was known then, is due for renewal—and the deep-sea corals illustrate why we need to update this important law. A modernized statute that recognizes and protects the ecological value of areas—including the cold-water ecosystems off the U.S. Atlantic coast—would help ensure healthy oceans with abundant marine life and spectacular coral canyons for new generations of ocean explorers.