Already recognized for its conservation policies, Costa Rica has become a champion in the fight against illegal fishing by ratifying the Port State Measures Agreement (PSMA), the international treaty to stop illegally caught fish from entering the market. Under the agreement, countries will deny landing and other port services to vessels involved in illegal, unreported, and unregulated (IUU) fishing.

The PSMA, adopted by the United Nations Food and Agriculture Organization in 2009, is a critical tool in the worldwide fight against illegal fishing, which accounts for up to $23.5 billion worth of seafood every year. Illegal fishing undermines social, environmental, and economic security around the world, especially for developing countries whose economies rely heavily on seafood. 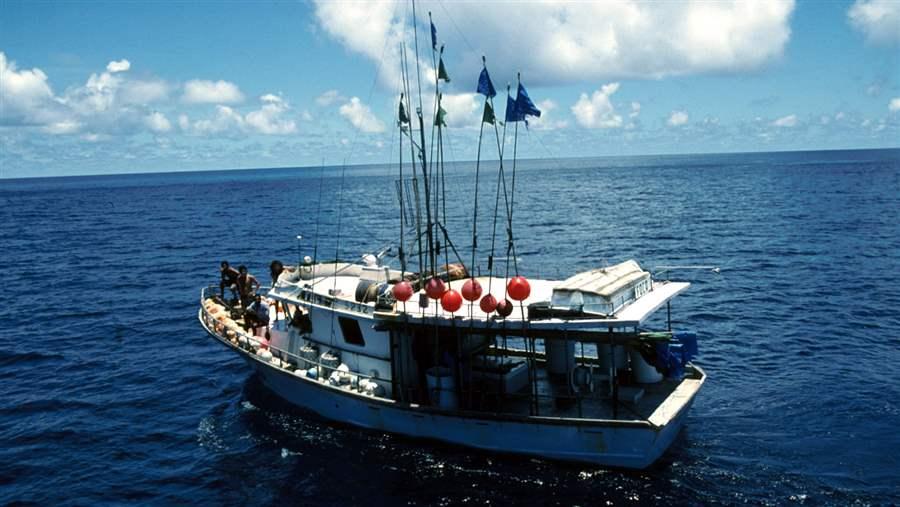 Costa Rica’s ratification of the Port State Measure Agreement is the latest step in their fight against illegal fishing.

Costa Rica first announced its intention to join the PSMA at the “Our Ocean” conference, held Oct. 5-6 in Valparaiso, Chile. The Central American nation is keenly aware of the economic importance of healthy marine habitats to its future. About 20 percent of Costa Rica’s Pacific coast and nearly 50 percent of its Caribbean coast are already part of state protected areas. Ecotourism contributes over $2 billion each year to its economy. By ratifying the PSMA, Costa Rica is choosing to further protect its social, environmental, and economic security. Including Costa Rica, 16 governments now have ratified the PSMA. The agreement will enter into force once 25 parties have ratified it.

Gustavo Meneses, executive president of Costa Rica's Institute for Fisheries and Aquaculture (INCOPESCA) praised his nation’s ratification of the PSMA and highlighted the importance of this international tool in the fight against IUU fishing. Meneses said he hopes that additional countries ratify the agreement soon so it can enter into force.

In addition to port measures, the Costa Rican Coast Guard has increased enforcement within its exclusive economic zone with the help of an identification and tracking system to combat drug trafficking and illegal fishing. Aided by the new system, marine law enforcement officers recently seized 2 kilometers of illegal fishing nets.

These actions and others show that governments do not need to wait for the PSMA to take effect to demonstrate their commitment to fighting illegal fishing.

Indeed, the Organization of the Fisheries and Aquaculture Sector of the Central American Isthmus (OSPESCA), the group responsible for coordinating sustainable development of fisheries in the region, is embarking on a study to better understand what capabilities would be needed to apply the PSMA across its member states.

According to Mario González Recinos, OSPESCA’s regional director, this multi-national approach to port controls would improve the effectiveness of government efforts to stop illicit fishing.

As Mark Young, a Pew enforcement expert, wrote in an August commentary for The New York Times, authorities can make real progress toward ending illegal fishing when port measures are applied as part of a toolbox that includes new technologies to monitor marine zones and fishing activities.

Thanks to Costa Rica’s leadership, we’re getting closer.