Schools can serve healthy lunches, but will kids eat them?

This question has been asked often since the 2012-13 school year, when districts across the U.S. raised the nutritional quality of meals to meet updated national standards.

The clear answer—demonstrated in multiple studies comparing students’ eating habits before and after these changes—is yes.

Let’s look at the evidence from the three studies that tracked the largest numbers of children. Each measured the amount of food students selected and calculated the percentage eaten and discarded. 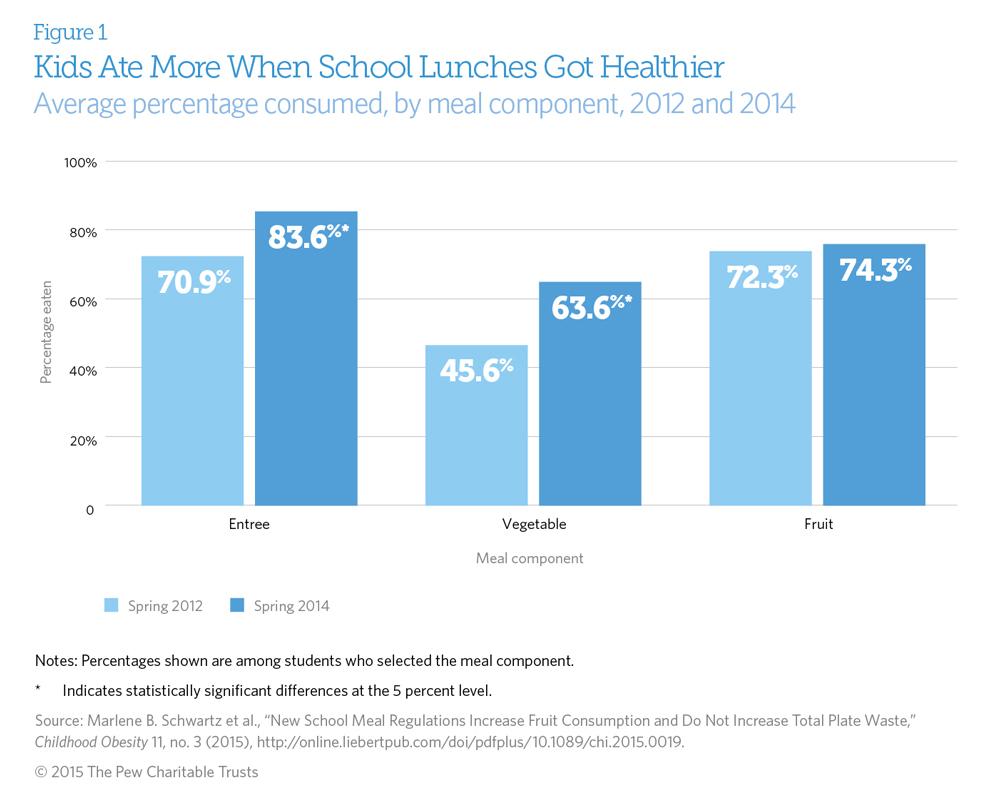 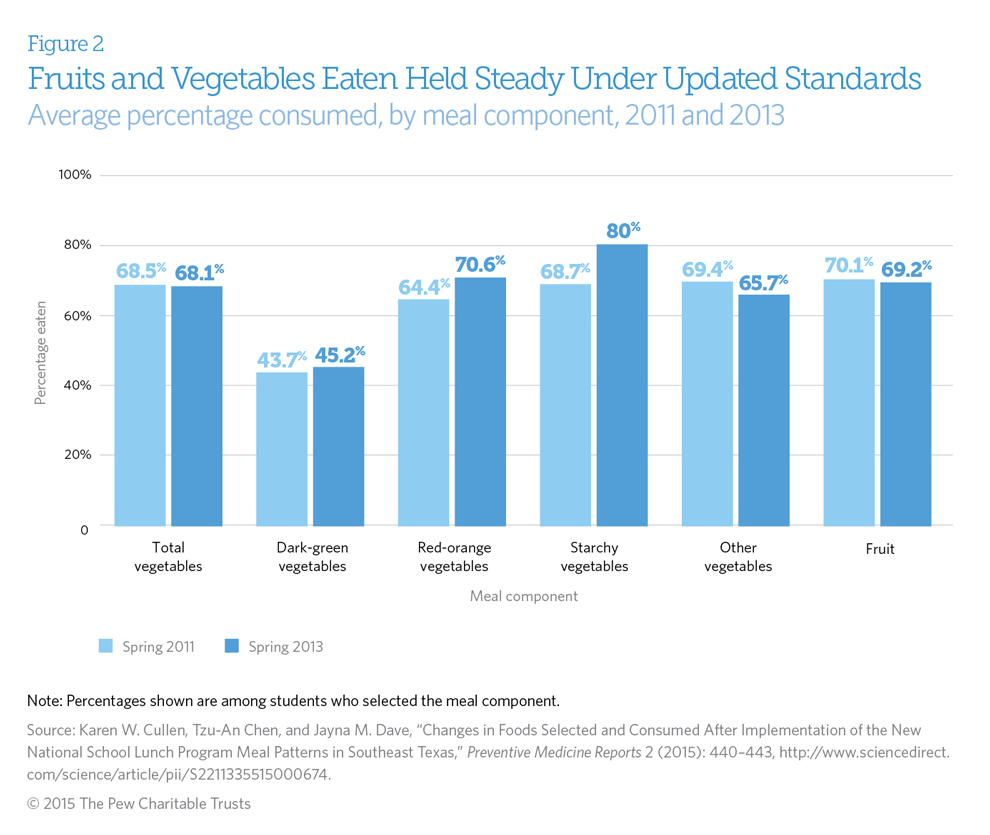 Kids who chose red-orange vegetables with their meals nearly doubled their consumption of these foods in 2013, eating almost a quarter cup, compared with about an eighth of a cup in 2011.

The Harvard School of Public Health investigated the transition to healthier school lunches among students in grades 1 through 8 in four schools. Researchers recorded and weighed students’ meal selections and the food discarded from each tray in the fall of 2011 and again one year later.

In 2012, more children took a serving of fruit, and they ate larger shares of entree and vegetable servings compared with the previous year. (See Figure 3.) 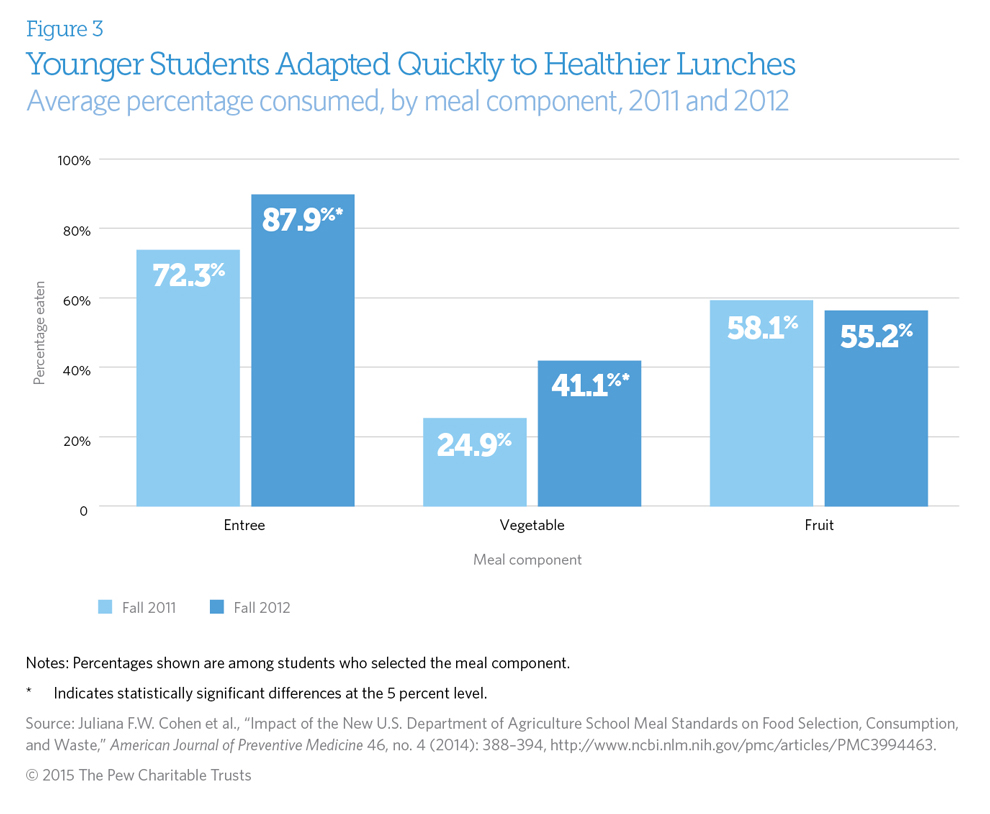