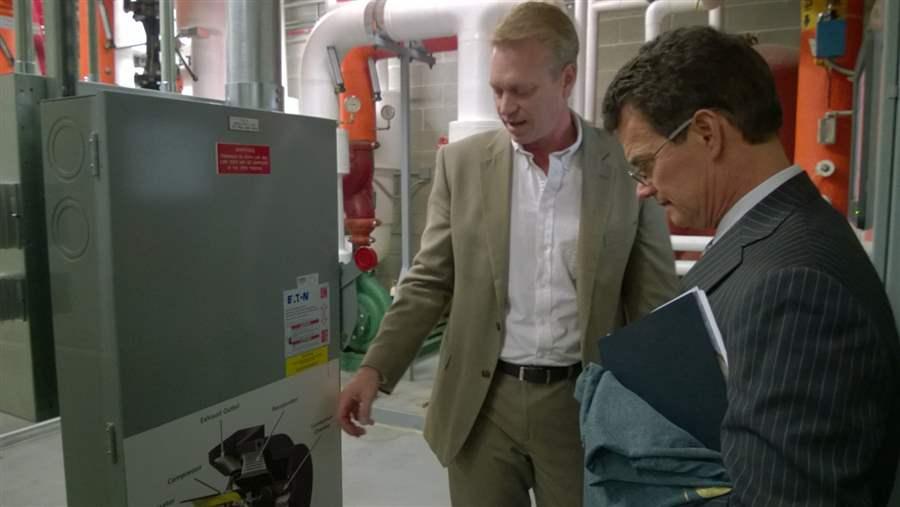 U.S. colleges and universities spend nearly $7 billion a year on utilities and energy costs, according to an article in University Business. As a result, large campus facilities are looking for ways to improve energy efficiency while saving money. As part of a nationwide effort to improve efficiency and reduce costs, some higher education institutions are acting as laboratories for research and development of energy-efficient technologies.

In October, Representative Dave Trott (R-MI) visited Oakland University in Rochester, Michigan, to tour its combined heat and power (CHP) sites, energy demonstration projects, and research facilities. Trott is one of 43 co-sponsors of the Power Efficiency and Resiliency (POWER) Act (H.R. 2657), bipartisan legislation that would spur investment in and reduce the initial capital cost of deploying CHP, which uses a single fuel source to generate heat and electricity, and waste heat to power (WHP), which uses waste heat from industrial processes to generate electricity.

The POWER Act proposes changes to improve the investment tax credit for CHP and WHP. These revisions would encourage developers to take advantage of the thousands of unrealized megawatts of potential and allow more U.S. companies to install these systems, making some of the nation’s largest power users more efficient, productive, and competitive.

During the tour, university officials demonstrated CHP systems in operation and discussed how the school is developing the future talent and leadership for the industrial efficiency industry. The university installed two 200-kilowatt microturbine CHP units in its Engineering Center, which opened in 2014. In addition, it is installing a 4.6-megawatt CHP gas turbine unit in its central heating plant to provide backup power for the campus. According to the university, when online, the system will reduce carbon emissions by up to 50 percent, replace two 60-year-old boilers with new heating capacity, and generate enough savings to pay for itself in less than nine years. OpTerra Energy Services is funding the project.

In addition to its own use of CHP, the university is advancing this technology through its Clean Energy Research Center, which conducts research and educational activities related to clean energy. In addition, the school’s OU Incubator (OU INC), fosters the development of new businesses, including those in industrial energy efficiency. One of OU INC’s initiatives is connecting industry partners with students to develop micro-CHP systems, a prototype of a dual-fuel engine operating partly on used vegetable oil from restaurants, and to convert an old generator into a diesel and natural gas CHP unit.

Louay Chamra, dean of the School of Engineering and Computer Sciences (SECS), gave opening remarks, and Jim Leidel, director of clean energy systems with SECS, then led the tour. Other participants included Amy Butler, executive director of OU INC, and Rochelle Black, the university’s vice president for government and community relations. “The use of combined heat and power at Oakland University has allowed us to save on energy costs, increase energy reliability, and cut carbon pollution,” Butler said. “Every dollar saved by the use of CHP is an opportunity to invest more in teaching, service, and research for over 20,000 aspiring minds.” 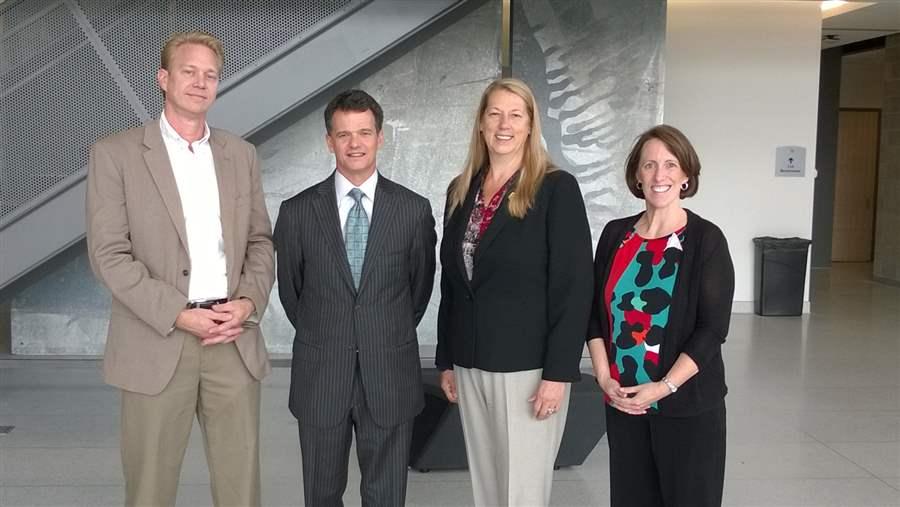