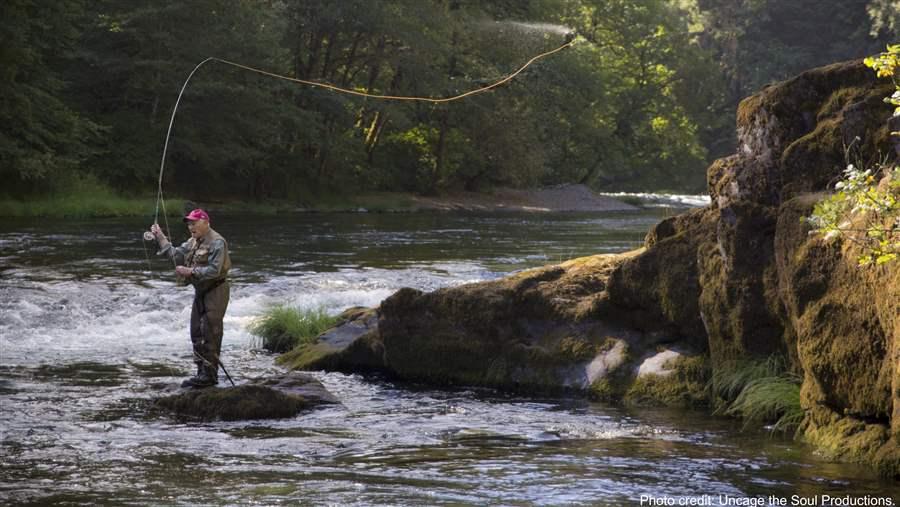 A fisherman at the North Umpqua River in Oregon.

Before Congress leaves for the December holidays, Pew would like to see more hearings and markups on these and other public lands measures to bring these important initiatives closer to passage. However, if Congress is unable to advance the legislation, the president has the authority under the Antiquities Act of 1906 to take action to safeguard these lands.

The administration’s willingness to step in was evident last month, when it hosted a public meeting near Palm Springs, California, to hear comments about potential monument designation for portions of the land that Sen. Feinstein’s California Desert Conservation and Recreation Act would conserve. More than 900 people heard from Michael Connor, deputy interior secretary, and Robert Bonnie, undersecretary of agriculture, and many voiced their opinions. The majority of attendee comments supported a monument proclamation.

Pew will continue to work diligently with members of Congress and local partners to move balanced, reasonable legislation forward to permanently protect our public lands, recreation, and cultural values and to help sustain our local economies.