A recent American Dental Association (ADA) brief provides new data showing that having dental insurance does not necessarily translate into access to care. The report, which offers new state-level information on Medicaid dental use among adults in 21 states, finds that in 2013, relatively few of those with Medicaid coverage received dental care, ranging from 40 percent in Minnesota to just 13 percent in Vermont.

Medicaid-enrolled children fared somewhat better, with a range of 24 percent in Ohio to slightly more than 64 percent in Connecticut. Still, the federal government reports that almost half—more than 16 million young people—received no dental care that year. State Medicaid programs are required to provide dental benefits to children but have the option not to cover adults. The 21 states included in the study offered either limited or comprehensive dental benefits to adults. 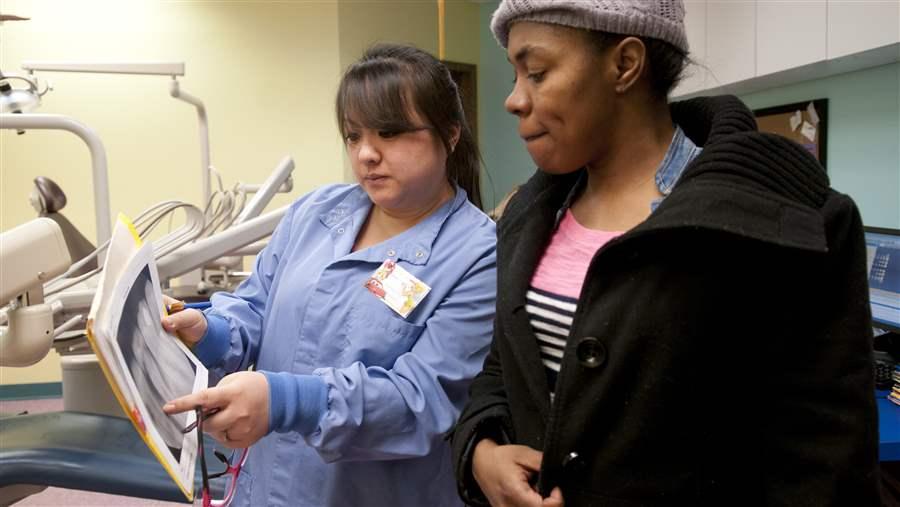 Expansion of Medicaid benefits for adults under the Patient Protection and Affordable Care Act is expected to add to the demand for care. Of the 30 states that have chosen to expand Medicaid to more low-income adults, 29 will offer some dental benefit. However, dentist participation in Medicaid remains extremely low: Only about one-third of dentists accept Medicaid or other public insurance.

During an ADA-sponsored webinar unveiling the report, experts discussed strategies states are adopting to increase provider capacity, including streamlining Medicaid administrative requirements and increasing reimbursement rates. Julia Paradise, associate director of the Kaiser Commission on Medicaid and the Uninsured, noted that dentists are using midlevel providers, such as dental therapists, to expand access to care. “When there is an incentive and a market to capture, dentists are using dental hygienists and others and could do that more,” she said. Paradise pointed out that the report shows that Minnesota and Alaska—the only two states where dental therapists practice—had the nation’s smallest differences in dental use between Medicaid and privately insured adults.