In a significant achievement for public health, the U.S. Food and Drug Administration released final rules on November 13 that promise to reduce the number of Americans sickened by tainted food. The rules, which govern fresh produce and imported food, are foundational pieces of the prevention-based system that the agency has been developing since Congress passed the FDA Food Safety Modernization Act (FSMA) nearly five years ago.

Every year, an estimated 1 in 6 Americans falls ill from foods eaten, and 3,000 die, according the Centers for Disease Control and Prevention. Under the new requirements, companies that grow or handle fresh produce will have to take measures to guard against contamination throughout their supply chains. Additionally, for the first time, importers will be responsible for the safety of the food they bring into the United States. The goal is to dramatically decrease the likelihood that foodborne pathogens such as Salmonella and E. coli reach grocery shelves and kitchens across the nation.

What the new rules do

The final rules came about as a result of FDA’s comprehensive review of the relevant human health risks, current practices among growers and importers, and thousands of public comments in response to the agency’s initial and supplemental proposals.

The produce safety rule creates the first nationwide, enforceable safety standards for fruits and vegetables. Growers, harvesters, and packers of these commodities will have to meet standards aimed at preventing contamination from sources such as agricultural water, manure used to fertilize crops, wild animals, farmworkers, equipment, and tools. These hazards are particular concerns for fresh fruits and vegetables because they are often prepared and eaten raw, without the cooking that could kill pathogens. In recent years, cucumbers, spinach, cantaloupe, and many other produce items have been linked to thousands of reported foodborne illnesses and scores of deaths.

The foreign supplier verification and third-party accreditation rules will help ensure that the safety standards applied to food produced domestically are applied to items entering the United States from other countries. Companies will be responsible for certifying the safety of food they produce outside the country using third-party auditors to assist them in certain circumstances. Since FSMA became law, 10 of the 35 multistate foodborne outbreaks in the U.S. have been traced back to imported foods.

Now it is essential that Congress provide FDA with the funds needed to implement these final rules and help companies meet their new responsibilities. Unfortunately, federal spending bills for fiscal year 2016 currently include less than half of the amount FDA requested to implement FSMA. Such an inadequate funding level would delay nearly all of the agency’s investments in training, technical assistance, and other activities to put its newest FSMA rules into action. (See Figure 1.) 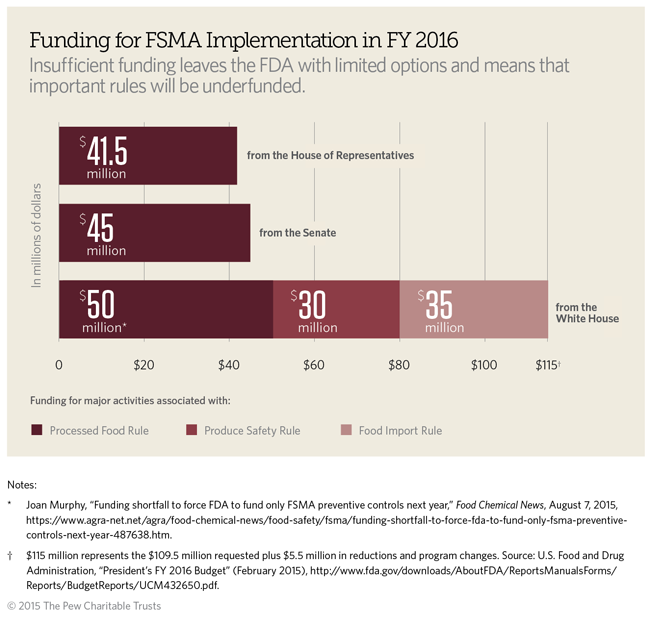 As Congress works to complete spending bills under its recent budget agreement, the appropriations committees should make the additional resources to fully fund FDA’s fiscal 2016 request of $109.5 million a priority. Dozens of groups ranging from state and local food safety officials to public health and consumer advocates have written committee leaders to express their support for this urgently needed money. Without it, the promise of safer food in these final rules will not be fulfilled. 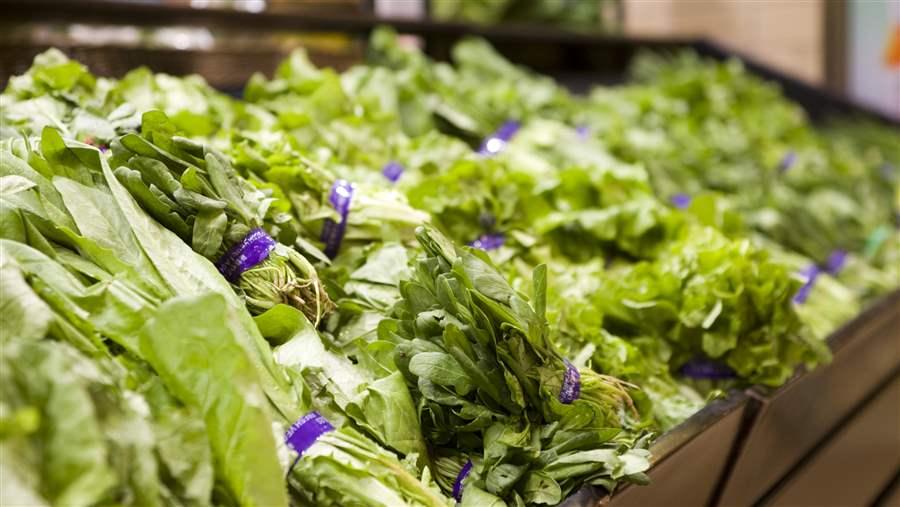