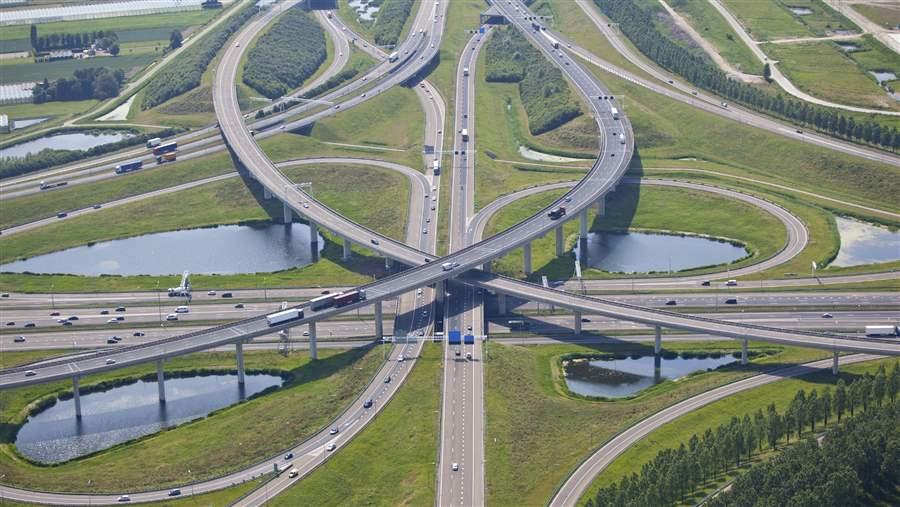 All levels of government play a role in building and maintaining our nation’s roads, bridges, and transit through a partnership in which the financial contributions are substantial and deeply intertwined. Yet over the past 10 years, the Highway Trust Fund, which pays the vast majority of the federal contribution to our transportation infrastructure, hasn’t been able to keep pace with its spending commitments. Also, the fund has required more than 30 temporary extensions since 2008, including the most recent patch on Oct. 29 that provides short-term transportation spending authority until Nov. 20 while Congress works on a longer-term funding solution.

Money from gas taxes, a major source of federal and state transportation revenue, has fallen in recent years, affecting both the federal Highway Trust Fund and state revenue. Changing driving habits and improved vehicle efficiency reduced demand for fuel during this period, and gas tax rates have not kept up with inflation. As a result, the gap between projected spending and anticipated revenue in the trust fund continues to grow.

While Congress works on an agreement to shore up the fund longer-term, state and local governments face uncertainty about whether the current shortfall could delay or reduce the federal money they will receive this year for their transportation needs. James Inhofe (R-OK), chairman of the Senate Environment and Public Works Committee, has said that “a fail­ure for Con­gress to en­act a long-term bill by Thanks­giv­ing will res­ult in a lost 2016 con­struc­tion season.”

In 2012, the most recent year for which data are available, national spending on transportation was $220 billion, of which 41 percent came from states, 33 percent from localities, and 26 percent from the federal government. The vast majority of the federal funding was in the form of grants to states and localities. States use the federal money, as well as more of their own, to pay for surface transportation and provide funding to localities, which in turn invest directly, using a mixture of funding from every level of government. 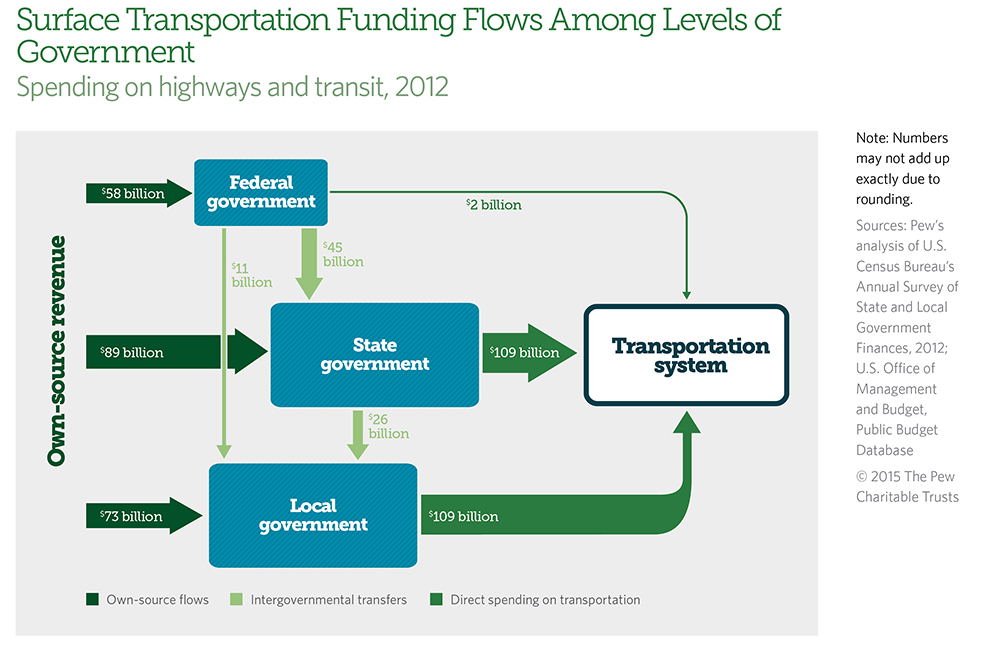 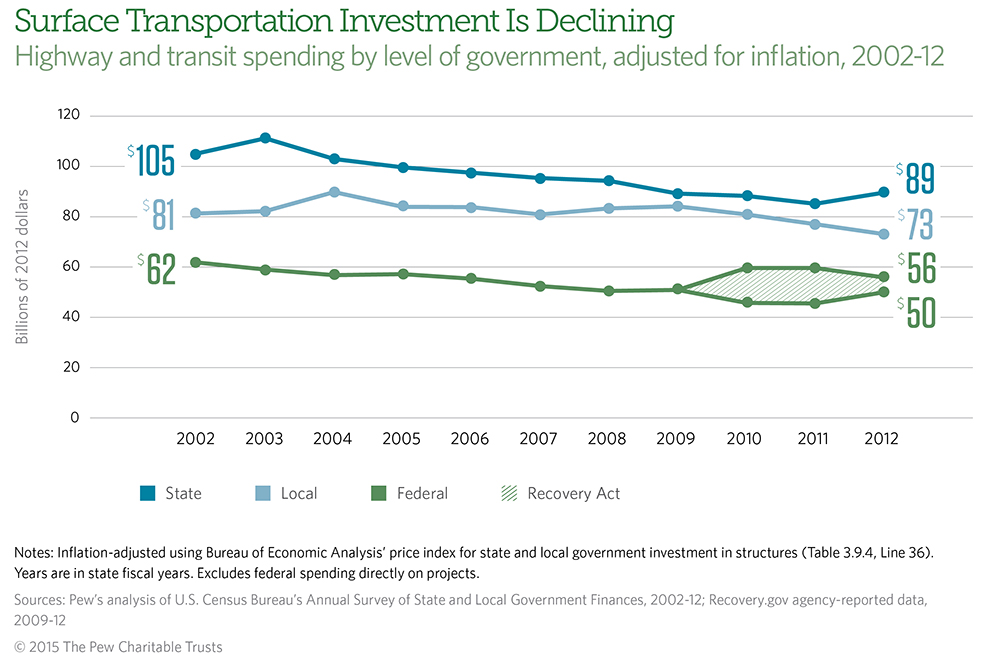 As money from gas taxes has eroded, many states have started to take action to address their own revenue declines, with at least 21 states enacting transportation revenue increases since 2012.

Because the funding streams of the federal and state governments are interconnected, the shortfall in the Highway Trust Fund could significantly hamper states’ and localities’ ability to plan for their investments in transportation, leading some governments to scale back or postpone transportation projects. Providing a long-term funding solution at the federal level is important for ongoing stability and predictability of investment in the nation’s transportation infrastructure.