It soon will be more difficult for vessels to skirt the rules and steal from the southern bluefin tuna fishery. The most recent annual meeting of the Commission for the Conservation of Southern Bluefin Tuna (CCSBT) ended Oct. 15 with two solid commitments toward ending illegal, unreported, and unregulated (IUU) fishing—a new requirement for mandatory unique vessel identification numbers for larger vessels and a minimum standard for port inspections.

The commission manages fishing for southern bluefin tuna, which are found primarily in the Indian and lower, Pacific oceans, although their range also includes the lower Atlantic Ocean. 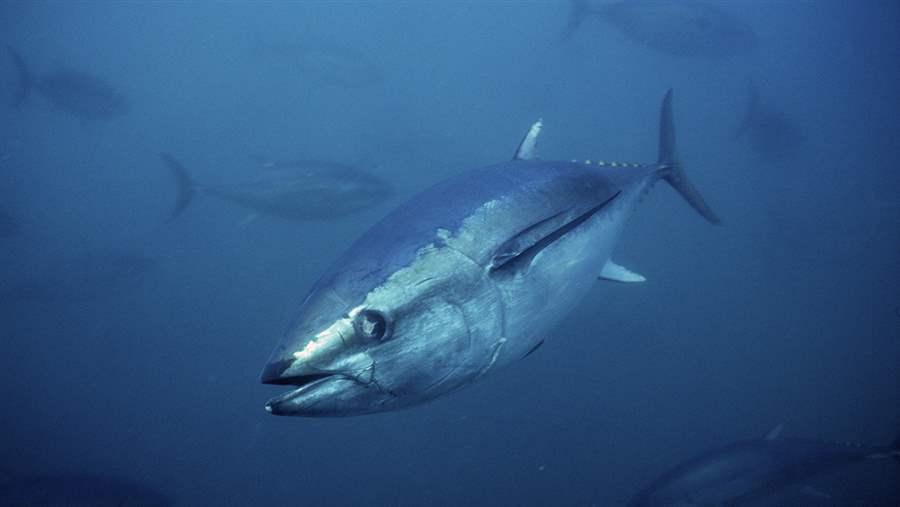 Southern bluefin tuna are found primarily in the Indian and lower Pacific oceans.

Until recently, the history of a fishing vessel was hard to determine. Unlike the cars we drive and a lot of the products we buy, when a fishing vessel is built it isn’t assigned a permanent identifying marker. Each vessel gets a name and a flag and even a call sign, but those can be altered easily.

To address this, an increasing number of regional fisheries management organizations (RFMOs) around the world have been requiring that fishing vessels have an International Maritime Organization (IMO) number, a unique seven-digit sequence that stays with a ship until it’s scrapped. This permanent marker allows authorities to determine the identity of any vessel anywhere in the world. In just two years, eight RFMOs have required large vessels to obtain one of these numbers in order to fish.

According to research published in the journal Science in 2010, a lack of IMO numbers had long contributed to the inability of enforcement authorities, including port officials, to identify and act against IUU fishing and trade. Now that more management bodies are making them mandatory, a loophole too often exploited by criminals is getting smaller. Soon it won’t exist.

Members of the southern bluefin tuna commission also acted to help port enforcement authorities identify and prosecute illegal fishing activities. Port State measures are highly efficient and cost-effective tools to ensure transparency and reduce the incentives for illicit fishing. CCSBT adopted a minimum standard for port inspections that is similar to the one adopted in 2012 by the International Commission for the Conservation of Atlantic Tunas.

Under this scheme, all vessels must provide basic information to port State authorities before entering port, and the authorities can deny entry if they suspect a vessel has engaged in IUU fishing. The measure also establishes a minimum number of mandatory port inspections and standardizes inspection procedures and reports.

Ending illegal fishing is achievable, especially now that more stakeholders are stepping into leadership roles. CCSBT members showed they are forward-thinking on this issue—in particular the Japanese officials, who proposed the port inspection standards. Those countries involved in bringing about change in the southern bluefin fishery will, we hope, carry the momentum into other regions still struggling to do the same.