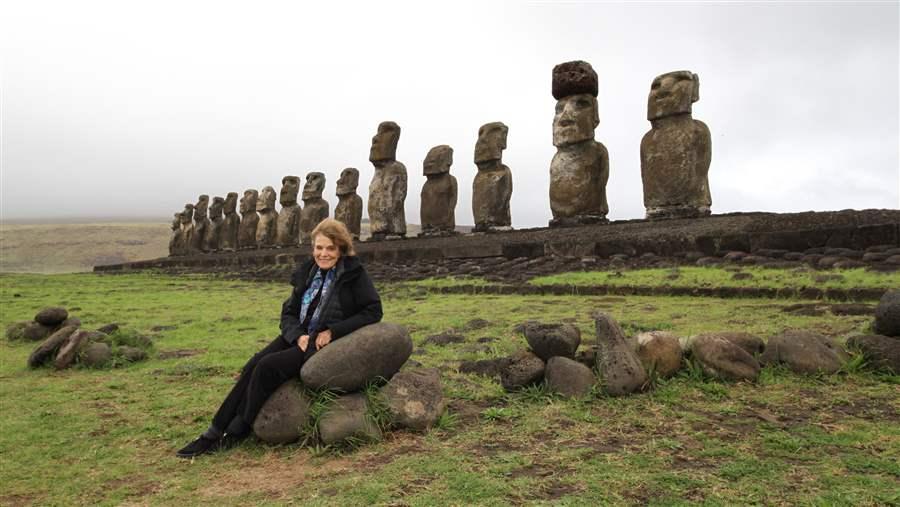 Sylvia Earle, one of the world’s most prominent oceanographers, traveled to Easter Island and Santiago, Chile, this summer to talk with local leaders and government officials about designating a fully protected marine park in the island’s waters, as proposed by the indigenous Rapa Nui people.

Around the world, Easter Island, a province of Chile, is best known for its iconic Moai statues, which are protected as a UNESCO World Heritage site. Earle has helped bring attention to the surrounding waters, filled with rich biodiversity and unique geological features such as seamounts. They also contain the only hydrothermal vents in Chilean waters.

Those waters are home to a distinctive marine environment with over 140 fish species found nowhere else on Earth. They include the Easter Island butterflyfish, known in the Rapa Nui dialect as the tipi tipi, and the Nazca bigeye. Earle says the tipi tipi is one of her favorites. 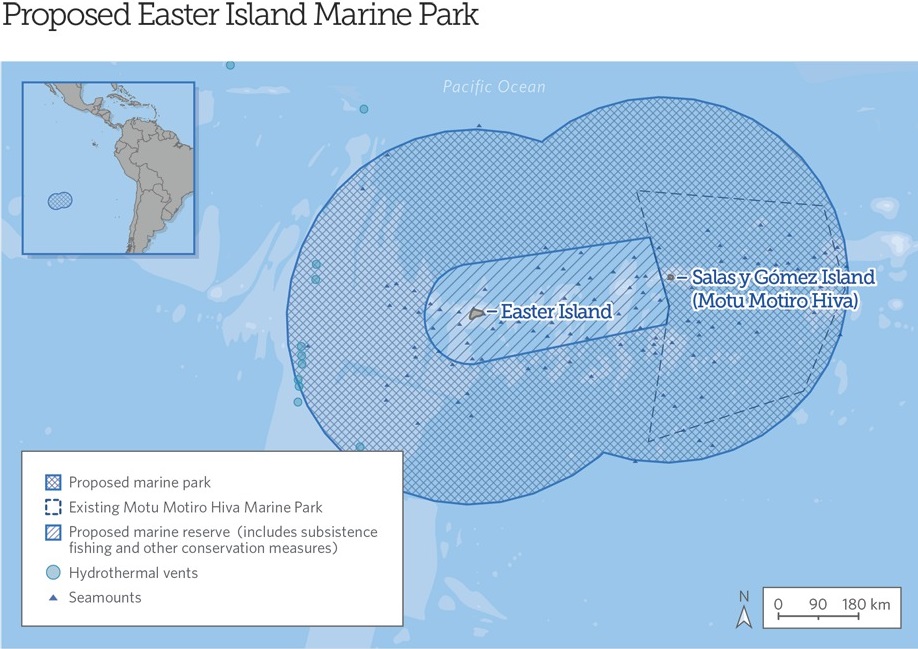 In addition to meeting with leaders on Easter Island and Chile’s mainland, Earle wanted to hear from members of the Rapa Nui Ocean Roundtable, known as Te Mau o Te Vaikava o Rapa Nui in Rapa Nui. This local group has been working to determine the best way to conserve the island’s waters.

The roundtable produced a plan for strong ocean protection that allows age-old practices to continue in traditional fishing grounds and pelagic fisheries. The proposal, which has been presented to the Chilean government, includes a very large, fully protected marine park, as well as an area where local traditional fishing and other conservation efforts would be managed.

While on Easter Island, Earle, a leader of the advocacy group Ocean Elders, also met with representatives of fishing associations, the Chamber of Tourism, and dive operations, in addition to environment educators. She talked with representatives of the island’s governor and mayor, as well as the president of the Elders Council.

She also held a well-attended public talk with about 90 members of the community. Earle spoke about her work and the importance of preserving Easter Island’s waters. She also showed clips from the 2014 documentary “Mission Blue” about her life and efforts to protect the world’s oceans. 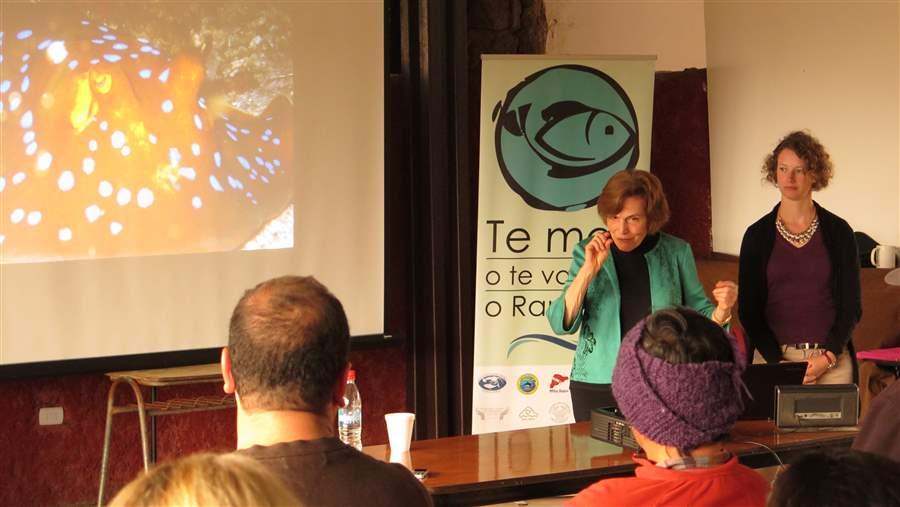 Sylvia Earle talks with members of the Easter Island community and presents a preview for Mission Blue, a 2014 documentary about her and her work.

On the Chilean mainland, she met with staff from the Ministry of the Environment, as well as Minister of Foreign Affairs Heraldo Muñoz and his staff to encourage support for the Rapa Nui proposal.

This was not Earle’s first visit to Chile to support designation of a marine park. In January, she accompanied a group of Rapa Nui to meet with Chilean President Michelle Bachelet. Also joining that meeting was Jane Lubchenco, a former Pew marine fellow and a current U.S. State Department international science envoy.

Earle returns to Chile soon for the Our Ocean conference to be held in Valparaíso Oct. 5-6.