The oceans are increasingly rife with noise from ship traffic. For whales and dolphins, which use acoustics to see and sense their surroundings, this clamor can be so loud, it is like an ever-present fog that never lifts.

Marine mammals have extremely sensitive physiological mechanisms to make and receive sounds. And some species, particularly whales, depend on natural quiet for survival. Ocean noise from shipping and other marine traffic causes stress and disrupts their navigation as well as their ability to eat and detect predators. 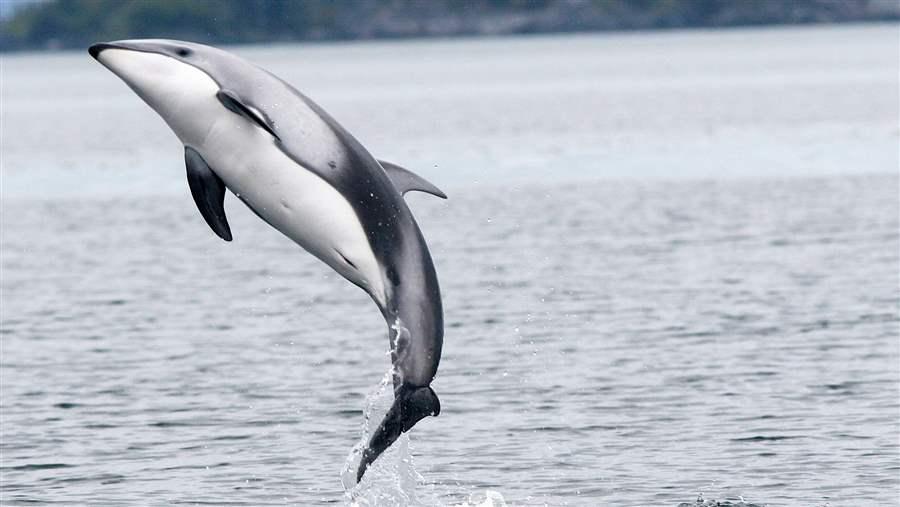 A new study led by Pew marine fellow Rob Williams identified quiet places that are prime candidates for protection in order to reduce the noise threat and provide safe havens for dolphins.

A new study, published by Marine Pollution Bulletin and led by Pew marine fellow Rob Williams, explains the dangers of noise along the coast of British Columbia and says humans have an opportunity to conserve quiet habitat for the endangered and noise-sensitive whales and dolphins that live in the region.

Williams, who is the co-founder of Oceans Initiative and is associated with the University of St. Andrews in Scotland, says the problem of ocean noise is increasing as ship traffic grows in the waters off British Columbia. Williams and a team of researchers mapped the areas of the coast most frequented by Minke and orca whales, white-sided dolphins, and elephant seals, among others, and identified zones with the most intense acoustic pollution.

“Imagine not being able to find any peace and quiet, day or night,” said Williams. “And what if your life depended on it? That’s what it’s like for a whale trying to read important cues from the ocean, without being able to hear through noise pollution.”

The researchers also identified acoustic sanctuaries: quiet places that are prime candidates for protection in order to reduce the noise threat and provide safe havens for whales and dolphins. The scientists point out that it’s it's easier to prevent areas from becoming noisy than to quiet them after shipping patterns become entrenched.

Williams is one of five distinguished scientists and conservationists from Canada, Australia, Russia, and the United Kingdom who were named 2015 recipients of the Pew fellowship in marine conservation. To read more about Williams and his work, visit this page.