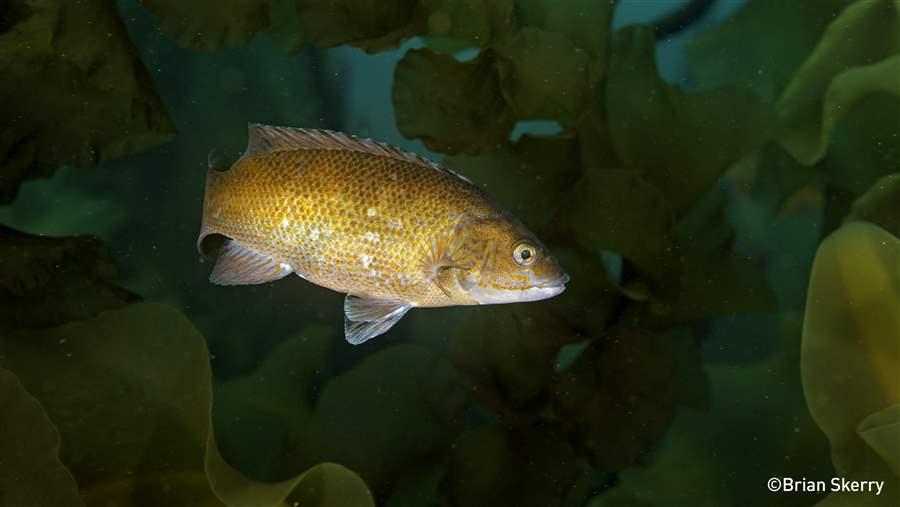 On Wednesday, Sept. 2, more than 600 people packed a theater at Boston’s New England Aquarium to hear about the need to protect two of the region’s ocean treasures: Cashes Ledge and the coral canyons and seamounts area.

Cashes Ledge is an undersea mountain chain in the Gulf of Maine, about 80 miles east of Gloucester, Massachusetts. The chain includes a large kelp forest that shelters a wide diversity of ocean life, including the severely depleted Atlantic cod.

The coral canyons and seamounts begin a little more than 100 miles southeast of Cape Cod, where the continental shelf drops abruptly to depths of thousands of feet. The area features canyons, carved by ancient rivers, and underwater peaks that rise thousands of feet from the deep ocean floor. This region, like Cashes, provides vibrant habitat for a huge range of plant and animal species.

People from many walks of life—including small-business owners, academics, civic leaders, representatives of faith groups, and commercial and recreational fishermen—joined the event to say that they want President Barack Obama to designate these special places, collectively, as the first national marine monument on the U.S. Atlantic coast.

Undersea photographer Brian Skerry, who has dived extensively around the world, told the crowd gathered at the aquarium: “What I saw on my first dive on Cashes Ledge blew me away. It was unlike what I’d seen anywhere else.” He was joined on the podium by scientists, including marine ecologist Peter Auster of the Mystic Aquarium, who has conducted research on the canyons and seamounts. Auster described the deep-sea corals that sometimes grow as high as 6 feet as “a veritable Dr. Seuss garden.” 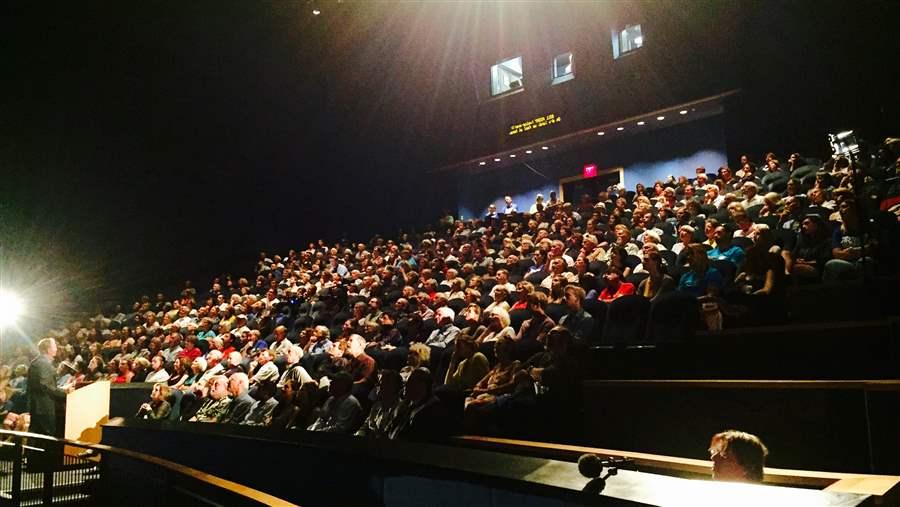 An overflow crowd packed the New England Aquarium in Boston September 2 to hear about the need to protect two remarkable areas of the Atlantic Ocean.

Both areas owe their dazzling biodiversity to nutrient-laden waters that well upward along the rugged undersea topography, feeding rich ecosystems from the seafloor to the surface. This benefits not only fish, whales, and other marine life but also the seabirds that feed here.

Scientists say Cashes Ledge and the coral canyons and seamounts offer a rare, living example of how much marine life once thrived throughout New England’s waters. For example, the deep-sea corals of the canyons and seamounts are fragile, slow-growing life forms that can live for thousands of years and provide habitat for many other animals.

For centuries the uneven, rocky seafloor of these areas discouraged commercial fishing and other offshore industrial activity. But, today, very little of the ocean is beyond the reach of humans.

Just as we have seen on land for more than 100 years, there is a growing realization that we need to protect the most pristine places in the oceans before it is too late. Cashes Ledge and the coral canyons and seamounts are just such places. They are largely untouched by human activity and contain a series of unique characteristics that are not found in other marine areas. We have a narrow window in time to protect these places, and we need to act now. Research shows that fully protected marine reserves are key to rebuilding species abundance and diversity and protecting the overall health of the marine environment.

A significant threat to the area was narrowly averted this year when regional fisheries managers turned away a proposal that would have allowed bottom-trawl fishing in Cashes Ledge. Bottom trawling involves dragging nets, often weighed down with steel plates, along the seafloor; the method is known to destroy deep-sea corals and otherwise significantly disturb habitat. That prompted more than 140 scientists, dozens of small-business owners and civic leaders, and more than 130,000 other people, to send letters and comments to federal officials this year urging protection for Cashes Ledge and other habitat areas.

Now it is time to build on that temporary protection with a national monument designation, which would permanently safeguard these rich and unique habitats. President Obama has the authority to designate a monument under the Antiquities Act, which has been used by presidents from both parties who have created national monuments to protect our natural and cultural treasures. The enthusiasm expressed at the New England Aquarium on Wednesday night suggests that the president has public backing for that designation as well.

Establishing Cashes Ledge and the coral canyons and seamounts as a marine monument would promote healthy oceans in a place with both a deep historical connection to the sea and an uncertain future. Important New England fish stocks, such as Atlantic cod, are in a state of collapse, and warming waters are threatening the region’s marine ecosystems. It is critical that we take steps to protect habitat to help fish populations rebound and build resilience to the effects of climate change.

Ultimately, a marine monument will benefit the New England coastal communities that depend on a vibrant ocean ecosystem. I urge you to join the petition and speak up for healthy oceans at this monumental moment.