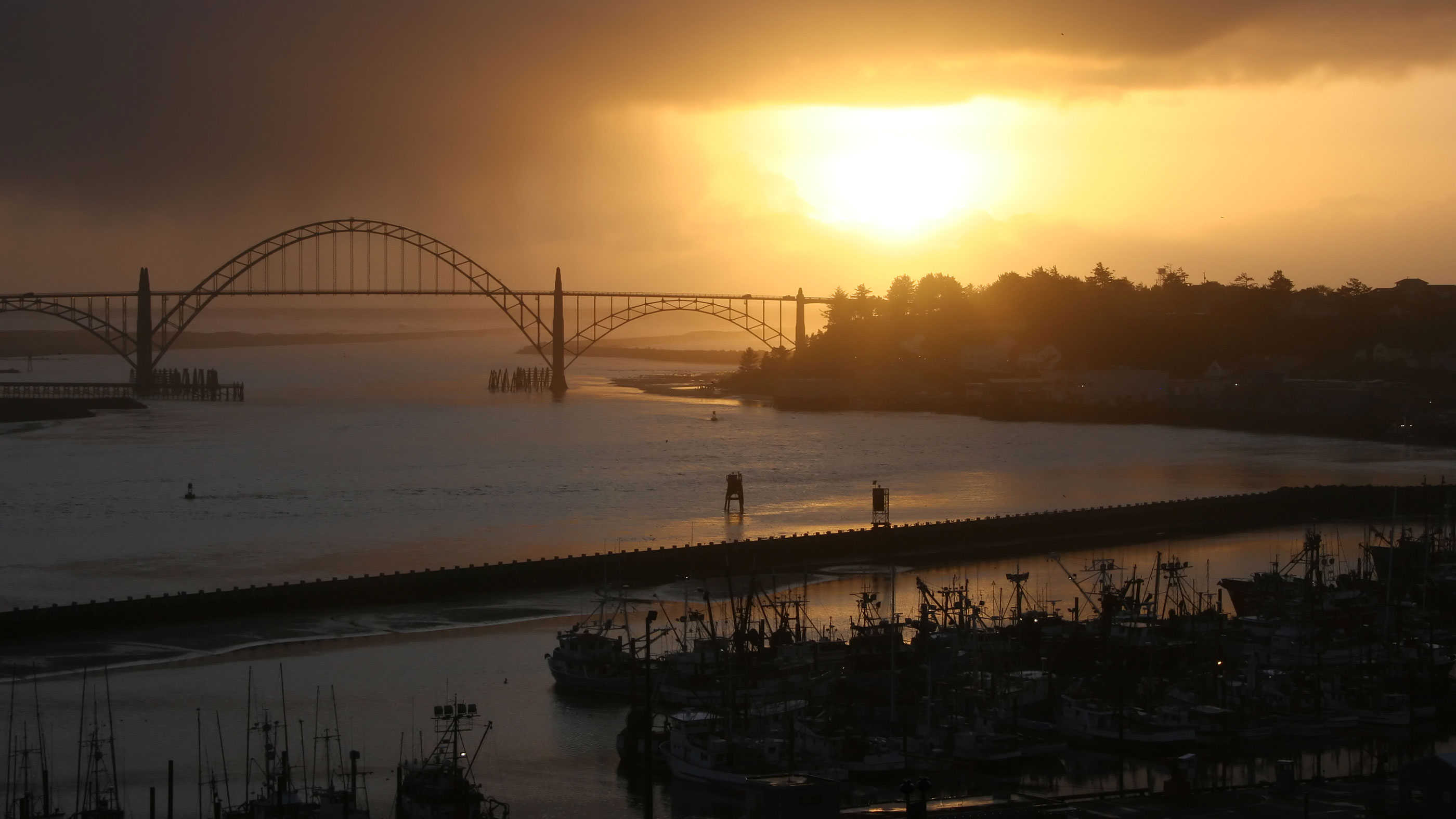 “The blob,” an unusually persistent mass of warm ocean water, can’t be seen from the surface but is affecting marine life on the West Coast. Here, the sun sets over boats and the Yaquina Bay Bridge in Newport, Oregon.

It turns out that “the blob” isn’t just a creature in a 1950s-era science fiction movie.

An unusually persistent mass of warm ocean water is roiling marine life on the U.S. West Coast. A front-page story in The Oregonian earlier this month attributed dwindling numbers of seabirds, sea stars, and sardines along the coast of Washington, Oregon, and California to a mass of unusually warm water, dubbed the blob. The precise cause of the warm water remains unclear, and the area appears to be expanding. Ocean resource managers will need to think big to understand and respond to it.

As it happens, thinking big is a central theme of several sessions at a major conference of fishery scientists Aug. 16-20 in Portland, Oregon.

Thousands of scientists and fishery managers from around the U.S. and the world will gather at the Oregon Convention Center in Portland for the American Fisheries Society’s annual meeting. I see the conference as a prime means of educating the country’s leading fishery scientists and resource stewards about how to begin implementing ecosystem-based fishery management, where we look beyond individual species.

Traditional fishery management has focused on setting catch limits for each fish population in isolation, with the goal of maximizing the number of fish that can be caught without causing a decline in the overall numbers of that species. But that approach does not account for the fact that each species is part of an interconnected web of predators, prey, and the wider environment they inhabit. Activities that have an impact on any part of that web can cause ripple effects that jeopardize ecosystem health and harm fish populations and the coastal communities that depend on them. So it’s critical that fisheries policy account for the broader environment and unusual factors that might influence it, like the Pacific’s warm-water blob.

This bigger-picture strategy is not a new concept. As far back as 1996, Congress asked the federal government to convene a panel of experts to come up with recommendations for applying an ecosystem-based approach to fisheries management. The Ecosystem Principles Advisory Panel came back with its report in 1999, concluding that shifting to such comprehensive management would be necessary to sustain both fish and fishermen over the long term.

“We expect that ecosystem-based fishery management will contribute to the stability of employment and economic activity in the fishing industry and to the protection of marine biodiversity on which fisheries depend,” wrote the panel’s chairman, David Fluharty, Ph.D. “As a society, we are recognizing the limits of the sea to provide resources and of our abilities to stay within those limits.”

It is well past time to move ecosystem-based management of our fisheries from theory into practice. But that’s not happening everywhere, as some fishery managers and fishermen claim it’s too complicated or that they lack the knowledge or expertise to properly implement the concept. 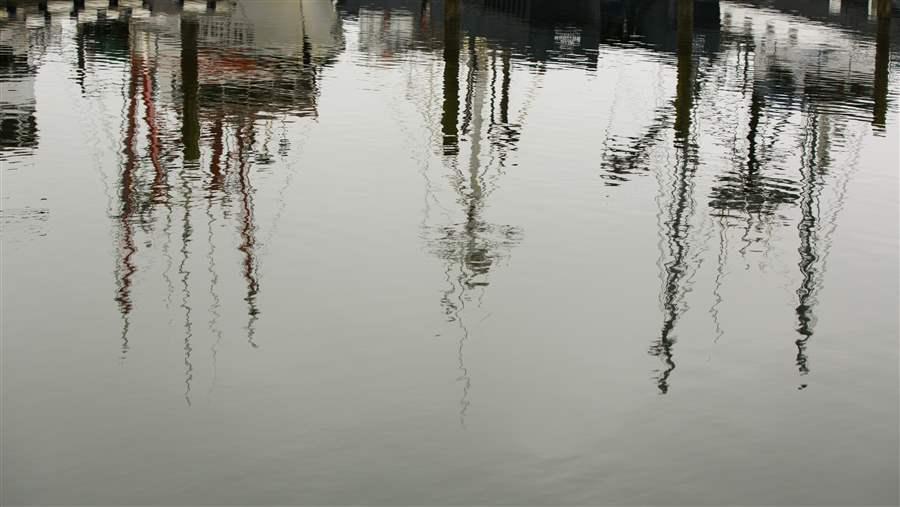 Fishing boats are reflected in the water in Oregon's Yaquina Bay. During a major fisheries conference beginning next week in Oregon, policymakers will discuss why an ecosystem-based approach to fishery management will be necessary to sustain fish and fishermen over the long term.

Fluharty will hit that concern head-on by leading off a symposium at the AFS conference titled “Ecosystem-Based Fishery Management: It’s Not as Daunting as Some Think.” The daylong symposium, along with similar workshops throughout the weeklong conference, demonstrate that many fishery managers, scientists, and fishermen are already embracing the concept and putting it to work on the water.

On the West Coast, for example, the Pacific Fishery Management Council unanimously adopted its first fishery ecosystem plan in 2013, and earlier this year took final action on the plan’s first order of business: prohibiting new fishing targeting dozens of species of forage fish until scientists can assess the effect that such expansion would have on seabirds, marine mammals, and bigger fish that eat forage fish.

Leaving enough forage fish to nourish predators, minimizing wasteful bycatch of non-targeted fish and wildlife, and protecting habitat are some of the key pillars of an ecosystem-based approach to managing our nation’s fisheries. Applying a big-picture approach makes even more sense when we consider new factors stressing our marine environment, from the blob to major shifts in where species live and spawn. Managing with an eye toward the bigger picture is not science fiction. It’s common sense.