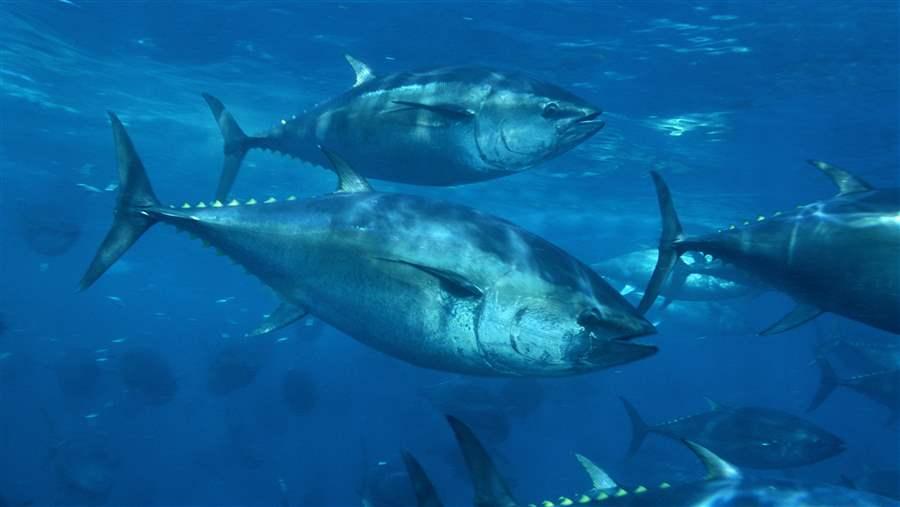 This analysis was updated to clarify the characterization of the debate on tuna populations on August 4.

It is widely accepted by governments, industry, and nongovernmental organizations that Pacific bluefin tuna are in a dire state. The most recent stock assessment, done in 2014, put the Pacific bluefin population at just 4 percent of historic unfished levels.

Now, an analysis recently published by Japanese scientists provides further evidence that the bluefin population is in more danger than previously thought.

According to the analysis by scientists with Japan’s National Research Institute of Far Seas Fisheries, the size of the bluefin stock will continue to decline through 2018, even with full implementation of existing conservation measures. These scientists also found that, over the next decade, there is a 1 in 3 chance that the Pacific bluefin population will fall to its lowest level ever recorded. These results have been included in the latest report of the International Scientific Committee for Tuna and Tuna-like Species in the North Pacific Ocean, the group of scientists who produce assessments for the species.

The message is clear: The population is still in trouble, and its status is likely to worsen if fishermen continue to catch Pacific bluefin tuna at current levels.

Governments charged with managing this species have set an interim rebuilding target of only 6.9 percent of the unfished size by 2024, a target that Pew does not consider to be precautionary considering thestate of the population. The new analysis shows that the probability of achieving such limited growth over that time has dropped from 89 percent to 72 percent, due to the historically low number of bluefin born in 2014. In the coming years, if the number of new fish doesn’t rebound as scientists project, the likelihood of recovery may drop further.

The Pacific bluefin tuna population is still in urgent need of further protections. Strong, long-term management measures must be enacted, and based on  science, if there is to be any future for this important species.