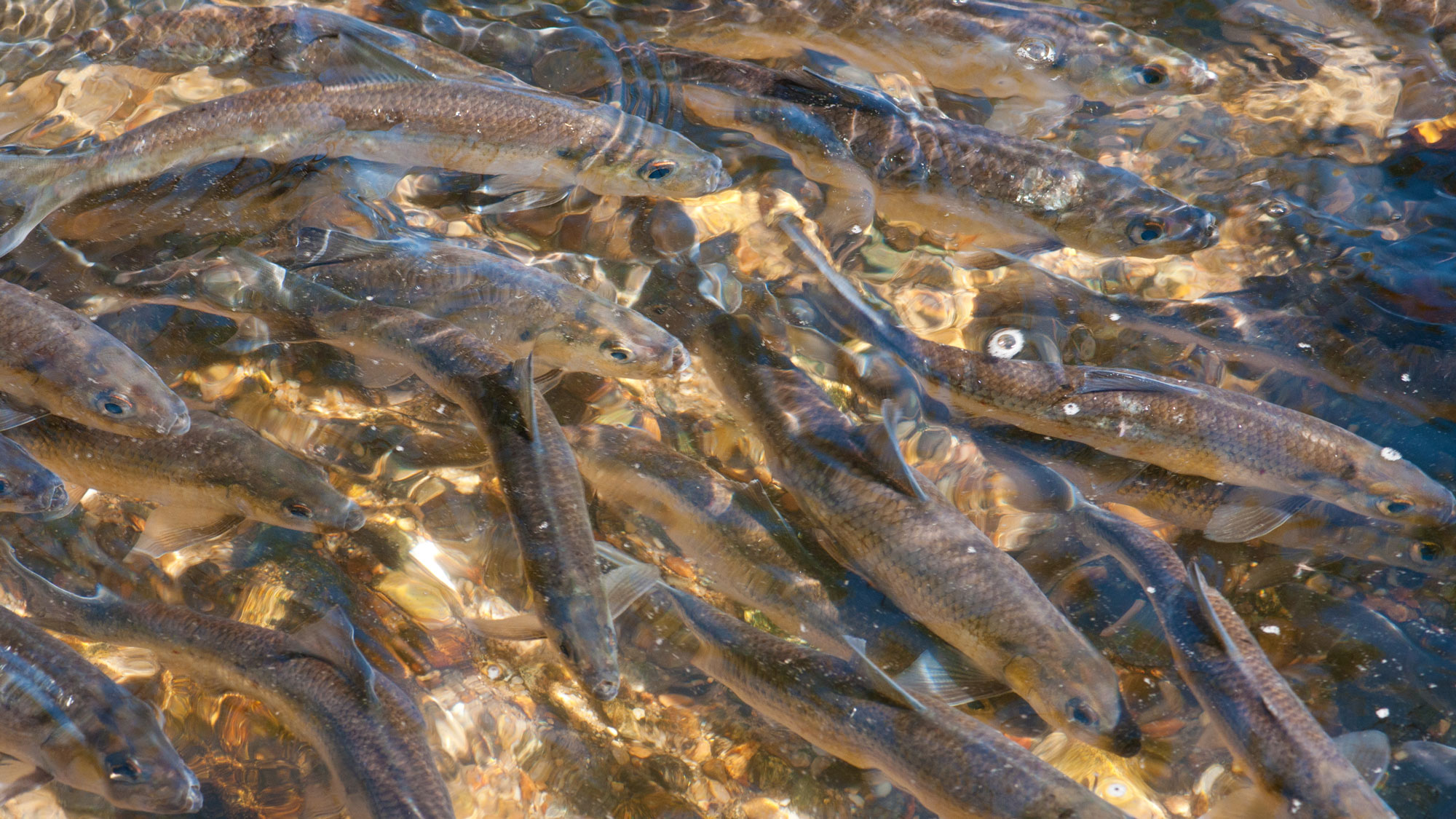 Limits on the amount of river herring that can be killed by industrial trawlers are not strong enough to restore the population. What’s needed is for officials to include these species in a fisheries management plan under the Magnuson-Stevens Fishery Conservation and Management Act.

For centuries, Americans have drawn inspiration and sustenance from the river herring and shad that surge each spring from the Atlantic Ocean into coastal rivers and streams to spawn.

George Washington was a shad fisherman, and during the Revolutionary War these feisty, flavorful fish helped feed the Continental Army—leading author John McPhee to call them America’s "founding fish." In those days, colonists said, the streams "ran silver" with the thousands of migrating shad and herring.

But by the 1830s, when Henry David Thoreau was paddling the Concord and Merrimack rivers, dams already were blocking the fish migrations. "Poor shad!" Thoreau wrote, left to "inquire humbly at the mouths of rivers if man has perchance left them free to enter."

Since then, the construction of thousands of dams, habitat destruction, and overfishing have taken a toll, and populations of these once-plentiful fish have plummeted. Making matters worse, river herring and shad face more dangers at sea, where they spend most of their lives. Many have been caught in large numbers as the unintended "bycatch" of giant industrial trawlers targeting other fish species.

Today, populations of river herring and shad are at historic lows, and fishing for them is banned, or severely restricted, in many waterways along the U.S. East Coast. The declines aren’t only bad for people who like to catch and eat shad and herring, but they also seriously harm the wildlife that depend on these prey fish. Birds, marine mammals, and many large predator fish (such as striped bass) gorge on river herring and shad, making them important forage fish both in rivers and at sea.

Efforts to remove dams and install fish passages are improving the rivers. In some communities, volunteers even gather with dip nets and buckets to help migrating herring and shad traverse old dams. But populations in many areas remain stubbornly low, and scientists say that’s partly because too many of the fish are still lost at sea to the sprawling nets of some of the largest fishing vessels on the coast.

With river herring numbers declining due to trawler bycatch, volunteers in Rhode Island use buckets to lift thousands of spawning herring beyond dams on the Saugatucket River.

Fisheries managers have only recently put limits on the amount of river herring and shad that can be killed by industrial trawlers, but the current rules are not strong enough to restore the population. What’s really needed is for officials to include these species in a fisheries management plan under the Magnuson-Stevens Fishery Conservation and Management Act, the primary law that governs fishing in U.S. ocean waters. That change would bring the full benefits of the federal law’s protections to bear on decisions regarding catch limits and habitat protection, and it would help to ensure long-term, science-based conservation. Improving management of forage fish, such as river herring and shad, is an important element of a big-picture approach that is necessary to modernize ocean fishery management.

These founding fish could once again be plentiful in our oceans and rivers, but they will need our help. Thoreau offered a rallying cry that still rings true: "Thou shalt erelong have thy way up the rivers, if I am not mistaken. Keep a stiff fin then...I for one am with thee."

The Magnuson-Stevens Act is approaching its 40th anniversary and could use an update. It’s time for a new focus in fisheries management. Click here to learn more.

Atlantic cod has been a mainstay of the New England economy and an icon of regional culture since the early American colonies. Today, 14 of 20 groundfish populations are either overfished or experiencing overfishing, including dinnertime favorites cod and flounder, and this decline is hurting the region's marine environment and economy. Our work in the region has helped change the way this fishery is managed so that fish populations can rebuild, and in turn, sustain a more productive fishing industry and stronger coastal economies.